Oklahoma is having a bit of a kerfluffle over the morning after pill.

On one side, we have a law that passed last session, simply requiring a prescription for the morning after pill for minors.

On the other side, we have the self-appointed, self-annointed arbiters of a narrow and monstrously patriarchal ideology of feminism that says that women’s human rights center entirely around the pelvic region. The whole purpose of “women’s health” and “women’s rights” as they are pushed by these people, is not the welfare of young girls. It is making them sexually available.

The pink-shirted spokespeople for this viewpoint hold that every girl needs to dose herself with dangerous chemical forms of birth control. If that fails, every girl must then avail herself of even more dangerous and higher dosages of chemicals in the form of the morning after pill. If that fails, well, then, it’s off to the abortion clinic.

And then, I suppose, back into the back seats of cars.

Because, you see, “everybody” has sex at 13, 14, 15, 16, 17, whether they want to or not. And “everybody” needs to make sure that this sex they’re having in this randomized, callous hook-up culture that deprives them of intimacy, tenderness and caring is “safe.”

Safe, I wonder, from what? And safe for whom?

Anytime we talk about the “teen pregnancy problem” in this country, the talk is all about how to dose young girls with as many hormones as we can possibly get into their young bodies. While Oklahoma argues about niceties like required prescriptions, New York is passing these same drugs out to school girls like candy.

Because, you see, it is well-known that we have a “teen pregnancy problem,” and the cause of this problem is that young girls aren’t properly dosed up with hormones. It has nothing … I repeat; nothing … to do with the fact that young girls in our society no longer feel free to say “no” to sexual advances.

It also has nothing to do with the fact that young girls (and boys) are so Daddy deprived, so hungry for anything that passes for male approval, that they do not have enough self to stand against the tide of exhortations, “education,” peer pressure and constant drum beat of messages from the media to demand what they want.

And what do they want? I would guess that young girls want what every other person on this planet wants: To be valued for themselves. The sick sadness of teaching them that they should search for this in random sex is beyond comprehension.

How does targeting young girls as the way to deal with the “teen pregnancy problem” as if it was their problem alone manage to become women’s rights? Isn’t it obviously … and I say again, obviously … just the old sexual double standard all dressed up in a money-making bonanza for the people who run the bogus sex education classes and make money off pushing chemical birth control with an abortion chaser on our school kids?

It’s the double standard, in all its dehumanizing, death-dealing force, come back around again.

This article from a few months ago, describes the situation. From the Daily Mail:

Hooked on the morning after pill

It used to be a last resort. Now a generation of young women use it as their regular contraceptive – with potentially devastating consequences

Tania Mirmothari was worried sick. The previous night, the 19-year-old from Wakefield, West Yorkshire, had had yet another drunken one-night stand.

Carefree at the time, the following morning she’d woken with a thumping hangover, horrified at the realisation she might be pregnant.

There was only one thing for it: Tania went to her local walk-in health centre and asked for the morning-after pill. 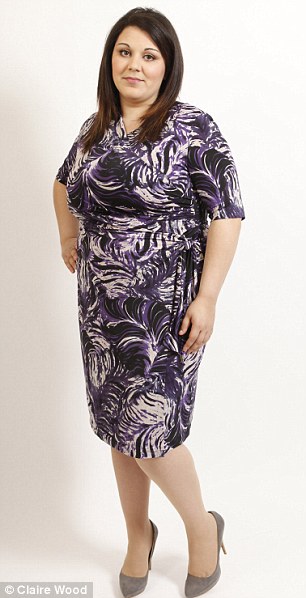 As she sat in the waiting room, she cringed with humiliation. Shockingly, this was Tania’s fifth visit that year. Four other times in the past 12 months she’d found herself sitting, red-faced, in the same clinic, waiting for her prescription.

‘I look back with shame,’ says Tania, who is now 22, and in a long-term relationship while training to be a social worker. ‘I was just out getting drunk, messing about and being stupid, having one-night stands with boys who did not mean anything to me.

‘But going to the walk-in centre, I started to feel really embarrassed. I saw the same lady each time and she recognised me. I dreaded having to ask for the prescription, but then, what could I do?’

Many might argue that, actually, there were quite a few things Tania could have done: not drinking herself into oblivion every weekend was one; not falling into bed with a stranger another; and using contraception a third.

Like a growing number of young girls in our binge-drinking culture, however, such precautions would be abandoned around the time of her fifth vodka and coke.

‘I have friends who’ve taken it three times in one month. There’s so much pressure on us to be sexually active’

And at the back of her inebriated mind was the knowledge that, whoever she woke up with the next day, she’d be able to get hold of the morning-after pill just as easily as a paracetamol — or the next round of drinks.

Not so long ago, the morning-after pill was viewed very much as a last resort, described by health professionals as ‘emergency contraception’. It was designed for use in the rare event of regular contraceptives failing. But since it was made readily available over the counter 11 years ago, not to mention being increasingly accessible online, young women like Tania are taking it not in emergencies, but whenever it suits them, as their preferred method of contraception.

4 Proofs for the Catholic Church...
The Cordial Catholic
Related posts from Public Catholic

Five Quick Takes
I. Busy week, so I've put my series on Just War Theory...
view all Catholic blogs
What Are Your Thoughts?leave a comment

6 responses to “Cough. “Women’s Health” Looks a Lot Like the Old Double Standard.”