If You’re Catholic, Christmas Isn’t a Day. It’s a Season.

Catholics don’t regard Christmas as one, big rousing day of overeating and gift giving.

We see it as a joyful season of the Church. It lasts right up until we celebrate the visit the Wise Men paid to the baby Jesus.

That kind of season thinking is hard for Americans, tied as we are to jobs and paychecks. We feel lucky if we can get off work long enough to celebrate that one big day. But a “Season?”

I understand this well. I’ve never been able to really “do” a Church season. I was too beset by other things. But I’m going to attempt doing Christmas the Catholic way this year, which is to say, that I’m going to do a bit of extended Christmassing.

Our family had the really big deal one-day celebration along with everyone else yesterday. We did mass on Christmas Eve; present opening and feasting on Christmas Day. It was beautiful. And wonderful. And blessed in every way.

Now, I’m sitting here in my housecoat after having cleaned the kitchen floor and eaten a piece of leftover chocolate cream pie for breakfast. I also dusted The Precious and took a look at my office.

My office has become the place I put things I plan to do later. It’s cluttered with stacks of books I plan to read, and paintings, plaques and other framed thingys I brought home from my office at the capitol six months ago.

I walked in there, flush with the anticipation of free time to “do” things and thought, “I need to hang those paintings/plaques/whatnot and I need to buy bookshelves for those books and put them in the music/prayer room that I want to create in the room where The Precious lives.”

Of course “I’ll Do It Later” is why those books are stacked up and the paintings/plaques/whatnots are stacked against the wall.

I am going to do my best to just bask in the miracle of God made human, of a Heavenly Father Who loves you and me so much that He came down here to live in the muck with the rest of us as the adopted baby boy of a humble carpenter. Our Lord and Savior Who was born as an outcast in a conquered land, born in a stable and Who had a stone manger for His first crib, is born again this Christmas season in our hearts.

I want to ponder, without the intrusions of our beautiful day of celebrating, the miracle of His birth. I want to consider that the great I Am Who made everything, everywhere, consented to be one of us, and that He gave us this beautiful message that being one of us, meant, from the beginning, that He was one of the Least of These.

I sit here in my comfortable chair in a house with central air and heat that is so efficient I have to step outside to know if the weather has turned cold or not. I wonder what it was like on that cold desert night, in a cave/stable.

The shepherds came — shepherds, not kings, not even the local rabbi — but shepherds, dressed in the same clothes they wore when herding sheep and sleeping on the ground. They came because the angels sent them, choosing, once again, to emphasize that this newborn King was not a king of palaces and pomp, but the Son of a God Who loves us all, loves us each and every one, and Who is not, never has been and never will be, a respecter of persons.

Angels from on high announced the coming of the Good Shepherd to humble shepherds who were tending their flocks in the fields.

This is our salvation.

This is who we are called to be. We are the leaven in the Kingdom, the mustard seed, the salt of the earth. We have in our hearts and in our knowledge of Him, the Pearl of Great Price, the only hope that exists for suffering, dying humanity.

The Hope of the World spent His first night in a stone manger in a stable with his two humble earthly parents. The Shepherds came, because, out of all the people roundabout on that night, the angels were sent to them to announce His birth.

“In getting and spending we lay waste our powers,” William Wordsworth wrote.

We have to make a living. There is no way around that. Jesus Himself worked for most of His earthly life at the trade of carpenter. He did not eschew work.

But we are not the things we make with our labors, nor are we the sum of our income or our passing achievements. Our “powers” reside in our ability to love and live and create life that is worth living for ourselves, our families and our world.

Labor is part of that, but only a part. The thing which gives it dignity, which makes it worth doing, is that ability to build people by raising our children properly, and by living lives of honesty, love, dignity and faith. Our lives take on value and eternal meaning to the extent that we live them in Him, through Him and for Him. Every good thing follows from that.

I know most of you who read this will be at work today. I also know that, for the first time, ever, I have the opportunity to do it differently from that.

I’m going to take off a few days this Christmas season and ponder the miracle. I’ll pray for those of you who don’ t have this opportunity. Remember that no matter what work you must do, the purpose and the meaning of it is not in the paycheck. The purpose and the meaning of our work is always in our love for Our Lord and the good we bring to this world by loving other people.

I will moderate comments, so feel free to continue your discussions. I’ll be back January 7, after the Epiphany of Our Lord. 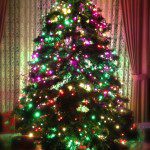 December 24, 2014
Merry Christmas from My House to Yours
Next Post 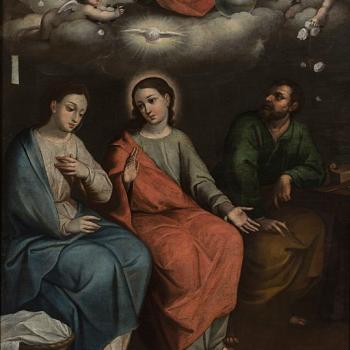 Catholic
You Can't Explain the Trinity, But You Experience...
Public Catholic

Pope at Economy of Francesco: A Rich Heritage...
Pope Francis on Saturday spoke to a gathering of about 1000 young...
view all Catholic blogs
What Are Your Thoughts?leave a comment

6 responses to “If You’re Catholic, Christmas Isn’t a Day. It’s a Season.”