Fourteen people are dead and at least 78 people were injured in deadly terrorist bombings of two Christian churches in Pakistan. One of the Churches was Catholic the other protestant.

Churches in Pakistan have been forced to post guards during Church services because of the threat of violence against Christians in that country. One of the guards, spotted the suicide bomber, trying to enter the Catholic Church and tried to stop him. This forced the terrorist to detonate the bomb before entering the church. This saved many lives.

At Christ Church, guard Zahid Goga confronted the bomber, but was shot in the head by the bomber’s accomplice.

Pakistani Christians took to the streets in mass demonstrations following the attacks.

According to news reports, this particular slaughter of unarmed Christian civilians was the work of the Taliban. Jamaat-ul-Ahrar, a faction of the Pakistan Taliban has claimed responsibility for the murders. He says that the Taliban plans to carry out similar attacks in the future.

There has been little coverage of these attacks in the mainstream media.

Although the incident has been condemned by Pakistan’s Prime Minister, President and the majority of politicians, and compensation has been announced for the dead and injured, this is not enough,” he said.

Christians are constantly under attack, especially with their churches and colonies being attacked under the cover of blasphemy accusations, and sometimes by Taliban and extremists. Christians are living under constant fear for their lives and many have fled the country.

I believe these attacks are sustained attempts to force Christians out of Pakistan.”

There is a constant demand to provide security to Christians and even the Supreme Court of Pakistan has ordered security to be provided to them, but the government has not done anything about it, Mr Saeed continued.

I would like to salute to the bravery and sacrifice of Zahid Goga who martyred himself to save hundreds of faithful who were worshiping in church. I also salute the bravery of the policeman who was killed at Catholic church in his attempt to stop the attacker,” he said.

Mr Saeed added that the government had failed to provide justice to Christians in light of previous attacks.

From Voice of America:

Hundreds of Pakistan’s minority Christians rallied in the eastern city of Lahore, blocking roads and shouting slogans in a second day of protests against twin suicide bombings outside two churches in the city that left 15 people dead.

Hundreds of police were deployed to the area Monday as Christian schools were closed for the funeral services for the victims.

Seventy people were wounded Sunday in the attacks when two gunmen tried to shoot their way into the churches during services in the majority-Christian Lahore suburb of Youhanabad. When security guards stopped them at the gates, the attackers detonated explosives.

After the attack, angry Christian mobs blocked highways, ransacked a bus station and killed two people they suspected of being involved in the attacks.

A militant group allied to the Pakistani Taliban has claimed responsibility for the blasts.

Members of the Taliban launched suicide bombings against a Catholic church and a Protestant church in Pakistan, leaving at least 14 dead.

Arriving at the bombed church in the afternoon, Archbishop Sebastian Shah of Lahore complained, “The government has failed to protect us.” The bishop said that Christians have pleaded for protection, warning of impending attacks, to no avail. He praised the members of the congregation who had blocked the terrorists from entering the church, at the cost of their own lives, describing them as martyrs. “We are already on the road to Calvary,” the archbishop said.

Later the Pakistani bishps’ conference issued a statement deploring the bombing and calling upon all of the people of Pakistan to “stand alongside their Christian brothers and sisters, against extremist forces.” The statement demanded “extraordinary measures” by the government to protect religious minorities, and instructed Christians to “avoid violence and to cooperate with the police in their investigations.” 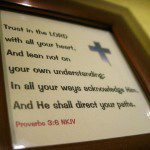 Hydroxychloroquine: Logic, Evidence, & Irrational Opposition
One (despite the "politically correct" thought police so prevalent today) is entitled...
view all Catholic blogs
What Are Your Thoughts?leave a comment

One response to “14 Dead in Terrorist Bombings of Pakistani Churches”