Slander and Character Assassination are Murder with Words

Living with shame is like walking barefoot on glass. If anyone knows about public shaming, it’s Monica Lewinsky.

I chose the video of a TED talk that Ms Lewinsky gave for this post because she does not believe the things I do, at least in certain areas. I want to make the point that neither this nor her previous behavior matters in what I’m about to say. You can find the video at the end of this post.

The current practice of using personal attacks and character assassination to advance political agendas is one of the great evils of our time. It slashes people’s spirits like emotional shrapnel. If it doesn’t absolutely destroy them, it hurts them so profoundly, alienates them so deeply, that most of them will never be the same again.

This is trauma on a deep, social/psychological level.

People engage in these merciless attacks on others in comboxes, on their own blogs or Facebook and twitter accounts, from in front of television cameras, and in personal conversations. They aren’t merely disagreeing with others, they are actively trying to destroy them with hazing, mockery, slander and character assassination.

There is a profound moral disconnect at work in all this. Invariably those who engage in character assassination to advance their views make all sorts of aggressive and self-righteous statements about themselves and their cause. It does not matter if they are pro life or pro abortion; in favor of gay marriage or against it; pushing for euthanasia or working to stop it. At some point they have fallen into the clutches of the devil.

You read that correctly. A person can be fighting for the sanctity of human life, working mightily to stop abortion and euthanasia, praying and fighting to defend the family; they can do all these things, and be working for the devil.

How can this happen?

It begins when we lay aside the armor of God — which St Paul tells us is peace, faith, truth, righteousness, salvation and reliance on the Holy Spirit — and take up the weapons of satan, which are self-righteousness, hatred, slander, mockery, lies, destruction and a refusal to forgive.

Who are they serving when they try to destroy people with their vicious words and ugly photos? If we do not see the Spirit of God in their actions, but we see instead the spirit of the flesh, then who is their master? Who is their lord?

I know that Christian-bashing blogs and books routinely engage in character assassination as a tactic and a lifestyle. I also know that many in these groups are hardened in this sin and refuse to consider the destructive evil of their actions.

They have been overcome by the world unawares. They’ve forgotten that the first part of doing His will is trusting Him. These are people who need to retreat from the fight and seek Him with all their hearts. They have lost the battle in this spiritual warfare. If they continue, they may lose the war, as well.

St Paul counseled First Century Christians to let go of the legalisms that crippled them in their walk with Christ. He told them to forget about who was circumcised and who was not. He said that the only thing that matters is faith expressing itself through love. Elsewhere, he said that only faith, love and hope abide. In other words, we take three things with us when we leave this life: Our faith, hope and love.

This is the treasure that Jesus spoke of, that He told us to lay up for ourselves in heaven.

How much faith, hope and love are in character assassination, slander, and the social murder of another person? Who will we convert to Christ by this ugliness and hate? Why would anyone want our Jesus or believe that He is Love when we, His followers, do these unGodly things in His name?

It is not only possible, it is more effective in the long run, to avoid attacking people personally and confine yourself to a strong advocacy for what you believe. A firm and unyielding commitment to those beliefs will win out in time, even if it gets knocked down repeatedly at the beginning. Stand for life. Do not slander those who support abortion or euthanasia or egg harvesting or whatever.

Speak the truth of Christ crucified. Share the hope of forgiveness and eternal life. Do it especially with those who spurn Him and who will call you names for speaking of Him.

Never back away or back down when the question is Jesus Christ. Do not become silent for fear of being slandered and slimed yourself.

When others engage in character assassination, speak out against the practice. You may make a target of yourself by doing this. That is often what happens when people take a stand on the Gospels. But taking a stand for Jesus and His teachings is our universal vocation as Christians.

Do not attack other people on a personal level. Put your ideas forward with the absolute knowledge that He can persuade where you can’t. What I’m saying is don’t rely on yourself. Just do what He tells you and trust Him. Trust Jesus.

Do not sit silent when people you are with engage in these sins. Do not feed this behavior by watching it on tv or clicking on it on the internet. Do not use the anonymity of the combox to unhinge youself from your conscience. None of us is anonymous to God.

It is easy to become a slave to the approval, ratings, readership, votes or whatever that demagoguery, slander and personal attacks can bring. I would be the last to deny that those of little conscience and no fidelity to Christ make money, gain promotions, and acquire power by doing these things.

After all, what did satan offer Jesus when he tempted Him? He offered power, money, prestige.

You can get elected slandering people. You can get ratings and big careers and catapult yourself into bestsellerdom. What you cannot do is destroy other people — deliberately and maliciously inflict harm on them that pushes them to the edge of despair and scars them for the rest of their lives — and stand righteous before the living God.

That is character assassination, and it destroys those who engage in it from the soul out.

We have become a nation of people who advocate for things we claim to believe by using character assassination instead of discussion. If someone disagrees with us, we try to destroy them and their standing in the community. We try to degrade them to death.

We do not talk about why we think their ideas are wrong. Instead, we try to vanquish their ideas by destroying their worth as people.

If you engage in character assassination, if you sit still and be quiet while others do it in front of you, if you enjoy watching while it is done to someone else, you are in sin. You are erecting a fence between yourself and your own salvation. You are putting a barrier between you and the Holy Spirit, between you and Jesus.

Slander and character assassination are murder with words. The damage they do to the people who suffer them is real and lifelong.

Do not inflict blood guilt on your own soul for the paltry pleasure of joining in with the crowd in the latest hate-off. Follow Christ. Say no to this sinful practice. It, like its author, is from the pit.

March 24, 2015
You CAN Use Roku, Amazon TV, Apple TV with Your Ancient Television. Here's How.
Next Post 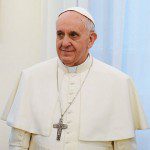 Christians, Wake Up, Fascism is Growing Again
Today I made a Facebook post about Trump as a commentary to...
view all Catholic blogs
What Are Your Thoughts?leave a comment

19 responses to “Slander and Character Assassination are Murder with Words”