Religious Freedom is the Right of Every American. Sincerity Doesn’t Enter Into It.

Indiana passed a law a couple of weeks ago with the purpose of allowing religious freedom.

I’m going to write several posts this week dealing with the many questions surrounding this law. The drama its passage has created brings all the pigs to the trough.

On the one hand, we have Christian bashing by a biased and bigoted media. On the other hand, we have corporatism, flexing its muscle and openly demanding that government pass laws to suit its true masters.

We have social Christians who are doing their usual drop kick of Christian teaching in favor of what’s happening’ now by coming out in full force against religious freedom. Sandwiched between these groups we have the uncomfortable Christians who are trying to parse the debate to the satisfaction of everybody concerned, twisting and turning like atonal wind chimes, blowing in a gale.

Meanwhile, most people, including most Christians, are going about their daily lives, pretty much ignoring the whole thing. They don’t know that this little drama is about them, their freedoms and whether or not they will be able in the future to practice their faith without government bullying.

Today’s post on the Indiana law will be a simple one. I want to address the stupidest argument in favor of doing away with First Amendment protections of the free exercise of religion that I’ve heard in all my long life.

This argument, which has come from some surprisingly intelligent people, is based on the fact that human beings, no matter their beliefs, are inconsistent. Let me repeat that: People are inconsistent.

We are not mathematical formulas that always perform in a set pattern. We are, whether we will admit it or not, random. No human being, not one, is consistent.

However, the argument is being leveled at Christians that they must be absolutely consistent in how they live their faith. Otherwise, they should forfeit their First Amendment rights as American citizens and allow the government to coerce them into violating the 2,000-year old constant teaching of their faith concerning marriage.

The application of this bogus line of reasoning goes something like this:  If a baker bakes a cake for a wedding in which one or both of the participants has been divorced, then they are being inconsistent when they say they will not bake a cake for a gay wedding. Thus, they have no right to First Amendment protections of their religious liberty.

The things I’ve read don’t put it quite that crudely, but that is their reasoning.

Let’s take that argument and look at it in all its absurdity.

Constitutional Rights are not based on things like sincerity and consistency. No one asks, even in this age of gun control, if a gun buyer sincerely believes in the right to bear arms. There is no requirement for those who write letters to their elected officials or who seek redress in the courts to be consistent and sincere in how they live their convictions.

The idea that the First Amendment right of the free exercise of religion should be subjected to a consistency and sincerity test designed in parlor discussions by those who oppose these rights is obvious — absolutely obvious — twaddle. It makes me wonder what people are smoking that anyone takes this stupidity seriously.

I could easily raise serious questions about the underlying theology of the argument being advanced, based on teaching that even I, with my total lack of theological training, “get.” But I’m not going to muddy the water with that discussion.

The point here is simple. It is straight forward. It is, as I said, obvious.

Constitutional Rights are not predicated on ephemeral personal attacks about whether or not an American citizen is “sincere” or consistent in how they use that right. The First Amendment is the right of every American citizen. They may use it, or not, as they chose.

If Americans want to lobby their government, they can. If they don’t want to do that, they don’t have to.

If Americans want to speak freely about the issues of the day, no one can stop them. If they don’t want to do that, they can stay silent.

If Americans do not think it violates their religious faith to bake a cake for a gay wedding, they can bake cakes until their oven melts down. But if their faith has taught for 2,000 years that marriage is between one man and one woman and it violates their deepest conscience and the straightforward, well-known teachings of their faith for them to participate in a gay wedding, they are — or they should be — free to not participate in a gay wedding.

Attempts to create false parallels between gay marriage and the black Civil Rights movement do not hold. There is not and never has been a 2,000-year teaching in favor of segregation. In fact, there is a considerable body of Scripture that speaks against such practices. Civil Rights laws did not violate religious freedom for the simple reason that, no matter how strongly individual segregationists might have tried to deify their sins, segregation was not a religious practice. It was a matter of secular law.

Americans do not have to accept this teaching for themselves or believe in Christ to know that the First Amendment guarantee of the free exercise of religion should allow Christians to follow this teaching in their own practices. It is tyranny of the first order to use government to coerce people on penalty of losing their livelihoods to violate their faith in order to bake cakes and make floral arrangements.

The business owners in question do not turn away any group of people, including gay people. They simply do not want to participate in one type of ceremony because that particular ceremony violates their faith. The sheer hubris involved in bringing this kind of massive force against them in order to break them down and force them to violate their faith commitments is mind boggling. It is evil.

For years now, advocates of gay marriage have used the slogan “If you oppose gay marriage, don’t get gay married.”

They have legitimately exercised their First Amendment rights to lobby for gay marriage, to participate in the electoral process to work for gay marriage, and to petition the government through the courts to gain the legal changes to allow gay marriage. All of this, I might add, was based on their personal moral beliefs.

Now, they want to take the same rights that they used away from those who disagree with them. Even worse, they seem determined to use government force to bend everyone in the nation to their will.

They appear to be willing, even eager, to destroy the same First Amendment freedoms that empowered their cause in order to achieve the Pyrrhic victory of forcing people who do not want to participate in their weddings to do so against their will and in violation of their deeply felt religious beliefs.

This activity makes that slogan I quoted into a sham.

Was it a lie all along?

I don’t know. All I know is that it has become a lie today.

I also know, and I will repeat one last time, that Constitutional Rights are not subject to a sincerity or consistency test.

If someone advances this inane argument to you, tell them that. 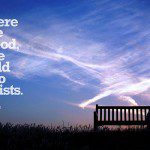 April 7, 2015 Bring to Me the Souls of Those Who Have Separated from My Church
Recent Comments
87 Comments | Leave a Comment
Browse Our Archives
Follow Us!

Do Catholic Feminists Wish to Smash the Church's...
The idea of patriarchy is connected with the idea of dominion, and...
view all Catholic blogs
What Are Your Thoughts?leave a comment

87 responses to “Religious Freedom is the Right of Every American. Sincerity Doesn’t Enter Into It.”