Crisis Pregnancy Centers are Under Attack for Saving Lives

The President of the United States has staked his administration’s legacy on an attempt, through the HHS Mandate, to force Catholic ministries and Christian businesses to pay for contraceptives, including abortifacients.

Christian small business people are being threatened with life-destroying fines and the loss of their livelihoods if they will not bake cakes and provide flowers for gay weddings. This is being called discrimination on the part of these small businesses, even though it is nothing of the sort.

They do not discriminate against any group of people. They offer service to all, including homosexuals. What they do not want is to participate in this one type of event which violates their religious faith.

Why are these things happening?

Why is it so important to those who hold different viewpoints from traditional Christianity to force Christians to violate their faith?

Birth Choice of Oklahoma, the crisis pregnancy center where I volunteered, also has a home where women can stay during their pregnancies. We have women who come back to bring their adult children who they chose not to abort because of Birth Choices’ ministry to them in a desperate time of their lives.

These women are grateful beyond words for their children’s lives. Grateful, too, for the lives of their grandchildren. They realize now what they would have lost if they had chosen to kill their baby. They are grateful to the people who helped them and supported them so that they could chose life instead of death for their child.

That doesn’t answer the question as to why crisis pregnancy centers are under attack, why a President has staked his administration’s place in history on an attempt to narrow and ultimately destroy the First Amendment, why the existence of Christian small businesses who don’t want to violate their faith is such a cause of rage and hatred.

Pro life people have used the business model to explain the attacks on crisis pregnancy centers. After all, abortion is a big, profitable business. It turns out that doctors who kill can make a killing doing their worst.

So, pro life people posit that abortionists attack crisis pregnancy centers because these centers cost them business. It is all a matter of  the doh rey mi.

The trouble with this explanation is that it doesn’t explain why a president would destroy his own place in history, just to attack religious freedom. It doesn’t explain why destroying every small business person who does not want to participate in gay weddings must be ground to dust.

There’s more afoot than money in this desire to punish and destroy competing voices in the march to cultural nihilism. It appears that the something lying at the bottom of this sewer of coercion is far simpler and pure in its evil than greed.

I think what we are dealing with is a desire to destroy faith itself. Every time a Christian is forced by government power to chose between following Christ and doing what the government commands, one of two things must happen. The Christian either bows low before government and denies Christ, or they chose Christ and defy the government.

If they deny Christ, the demons and devils rejoice, and Christian witness in our society dies another death. If they chose Christ, the government swings into action to either bring them to heel or destroy them. Either way, the lesson is plain for every other Christian to see: Following Jesus can cost you everything you have. The government will attack you with all its might, and the media and the howling Christian haters will support them in doing it.

Worse, other Christians will mostly just stand by and let it happen by making a Niemoller choice that, since this isn’t happening to them personally, they can pretend that it doesn’t matter all that much.

Crisis pregnancy centers have been under attack from those who want to destroy Christian voices in the public sphere for quite a while now.

I would think that of all the voices the darkness wants to silence, crisis pregnancy centers would head the list.

Every time you write a check in support of Mother and Unborn Child Care, you are choosing life. You are, whether you know it or not, choosing Christ.

Every volunteer hour you spend in service to Mother and Unborn Child Care is an hour given to the light against the darkness.

Every child you save, every mother you save, sets in motion a line of life that goes forward into the generations to grandchildren, great grandchildren and on.

Of course, the darkness attacks crisis pregnancy centers. Of course, this darkness wants to force those who have given so much to the service of life to bow before the baals.

Breaking us — and make no mistake about it, everything I have described is an attempt to break us — and our witness for life is, in the twisted minds of those who listen to the darkness and follow after it — breaking Him. It is another Calvary, only this time it is in the hearts of believers.

I urge everyone here to open your check books and write checks that say no to the darkness and yes to the light. Mother and Unborn Child Care needs our support to continue its life-giving work.

Supporting Mother and Unborn Child Care is an opportunity for you. You can, by writing a check, save  generations of life, defend young women from being coerced into murder, and light a small flame that drives back the darkness, just a bit.

Is there anything more important you can do with your money?

Do you have the opportunity to do this much good with your hard-earned cash in any other way, any other place?

If not, I urge you to take full advantage of the opportunity that is before you tonight and support life.

To donate to Mother and Unborn Child Care, go here.

To learn more about Birth Choice of Oklahoma, go here. 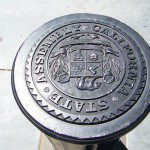 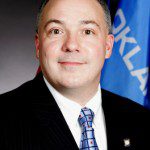