I know what you’re going to say, so let me say it for you.

Democrats for Life of America has issued a press release calling for Hillary Clinton to bring back the big tent and open up the Democratic Party to pro life people.

Now, for the response I know many of your are thinking: Fat Chance.

I am aware, in ways that most of the rest of your can only guess at, just how entrenched the pro abortion position is in the upper levels of the Democratic Party. I also am aware, again as I think most of you are not, that this does not represent the thinking of many Democrats.

So, if the upper reaches of the Democratic Party are so entrenched in abortion, is it really a “fat chance” deal to try to change it?

Somebody changed it in the first place.

The Democratic Party was pro life back in the 70s and early 80s. Again, I know this as most of you don’t. I have what you might call insider knowledge of how these deals came down and how we got where we are. I know because I helped create this monster.

Now, back to Democrats for Life’s call for Hillary Clinton to open up the big tent. I think their target is well chosen. Secretary Clinton is pro choice, no doubt about that. I don’t expect her to change on that, although I have to tell you, I pray for it. But she’s not a Christian-hater like President Obama appears to be. She isn’t a bigot.

Unlike President Obama, who has attacked religious freedom, President Clinton supported and signed laws guaranteeing the free exercise of religion. Both Clintons have been consistent respecters of religious freedom in their public behavior. This isn’t rhetoric. They have a track record.

Of all the Democratic candidates, I think Hillary Clinton is the best bet for opening up the party and allowing Democrats to think and let think once again.

Do not take this post an endorsement for Hillary Clinton. I will not endorse any candidate in the upcoming race. I will not make public statements about how I’m going to vote. I don’t vote straight party. I will say that much, but that is all.

That means I will step on toes from time to time. When I say that Hillary Clinton — who is the D that the Rs love most to hate — is the best bet for religious freedom within the Democratic party, that’s an honest assessment.

From my experience, calling people to follow their better angels never works in the short term. It is not — ever — a quick fix. But if you’ve got the guts and the persistence to keep doing it, you will find that it always works in the long run.

Not with everybody. There will always be people who cling to their dark side. But people respond to higher calls with incredible courage and power if they come to trust the caller.

Here’s the full press release from Democrats for Life of America.

“Secretary Clinton once recognized that people ‘have deeply held differences of opinion about the issue of abortion, and she said she respected ‘those who believe that there are no circumstances under which any abortion should ever be available.’  We are asking candidate Clinton to open that door and issue in a new era of respect and inclusion for Democrats who hold these views,” said Kristen Day, executive director of Democrats For Life of America.  “For the good of the party, we must re-open the big tent to include Democrats who support life from conception to natural death.”

“Since the 1992 shunning of pro-life Democratic Governor Bob Casey of Pennsylvania, the Democratic Party has alienated its pro-life base.  Polls consistently show that about one-third of Democrats—that’s 21 million Democrats—oppose abortion,” said Day.  “If we are going to increase our base to win back the majority and keep the White House, our Democratic nominee must recognize the contributions of pro-life Democrats within our party and the diverse position of Democrats on the issue of abortion.”

That diversity of opinion is as follows:

“We are asking Secretary Clinton and any other Democratic presidential hopeful to embrace a platform that fully represents all Democrats, not just those who support abortion,” said Day.  “In the 2008 election, about one-quarter of Obama’s supporters self-identified as pro-life.  These numbers are not trivial; they exceed many prominent and well-represented constituencies in the party.  Electoral success for the party nationwide will depend on the enthusiasm of all Democrats, including pro-life Democrats.” 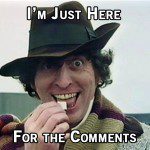 May 23, 2015
Fr Longenecker's 12 Reasons Not to Debate Internet Atheists, Plus 6 of Mine
Next Post 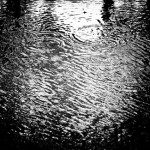 May 25, 2015 My Dead Will Stay Undecorated.
Recent Comments
12 Comments | Leave a Comment
Browse Our Archives
Follow Us!

If You Shame A Sex Worker...
Today, on facebook, a volunteer from The Friendship Room wrote: We have a...
view all Catholic blogs
What Are Your Thoughts?leave a comment