The Crusades, Christian Bashing and Our Two-Tier Educational System

NOTE: I noticed a couple of comments on other topics that reflect the popular ignorance about the Crusades. Since this ignorant and inaccurate mis-use of history has routinely been used for Christian bashing, I’m going to re-run the series on the history of the Crusades. I will probably run it many times. It’s just a bit of light, shining in the lies-about-history-Christian-bashing-propaganda darkness.

Our two-tier educational system has become essentially a trade-school education for people who live in most of the zips codes of these United States. Among other things that kids in most of our schools aren’t taught are music, philosophy, the arts and history.

It is entirely possible to graduate from our public school system, go on to college and earn advanced degrees and never learn anything of these subjects at all except a smidgen of anthologized literature and a gloss of textbook history, along with the state-mandated history of the state in which the schools exists.

No one reads original sources in most of our educational system. Except for those who are being fed the royal jelly at our elite schools, students are taught almost entirely from hideously expensive textbooks. That means everything they learn is shallow, predigested, committee-approved and edited to conformity of thought.  The “curriculum” is homogenized multiple-choice-oriented trade school stuff designed to train hirable employees for lower level positions — ranging from middle management on down — at one of our corporate or government bureaucracies.

Our educational system actually works against creating thinkers and decision makers. It works toward developing shallow thinkers who can blast through a multiple choice test. The trouble with that, of course, is that multiple choice tests always give you the answer. There’s no thinking involved.

This universal ignorance leads to a population that is like the proverbial goose, born into a new world every day. It also makes We The People easy pickins for the propagandists who seek to destroy Christianity — along with much of the rest of our societal structure — by lies and obfuscations that a truly educated person would strip clean immediately.

Every day, I delete a steady drip of Christian-bashing comments that are based on the stuff and nonsense of propaganda lies. These comments are not only based on lies, they are usually rancorous, rageful and almost identical with one another. Any politician worth his or her salt would recognize that the commenters have been programmed by misinformation and are speaking from somebody else’s script.

The first question an elected official asks when they get a wave of comments like this is “Who” (meaning which special interest) “is behind this?” That’s survival 101 for elected officials.

It’s also a skill We the People need to learn. In this day of propagandized history that is used to bash Christians and Christianity, coupled with an almost universal ignorance of history, theology, philosophy and the arts, its survival 101 for all of us.

Only a truly ignorant population would “buy” the notion that Christians are somehow guilty of their own genocide because of the Crusades. Not only does that defy logic, it is a misrepresentation of the causes of Crusades themselves.

Here, for those who are interested, is the beginning of a series of videos I’m going to post about the Crusades. The videos are themselves only a brief introduction to the actual history of the Crusades.

When I was in Spain, I was struck by the passion of the people who had fought the fight to repel Islamic invaders. Even today, all these hundreds of years later, the depth of their commitment was right in front of me when I looked at the fortifications they built using their toilet seats, pig troughs and whatever else came to hand. These people had fought a desperate fight for their freedom, and their faith animated that fight.

When I was in Turkey, I encountered the bitterness of the Christians there, much of it still aimed at the Roman Catholic Church. I also encountered the gloss that is applied to the bloody history of Christian persecution in that region. There is so much history that Americans do not know and will never learn so long as they confine their thinking to the gloss and the sham.

I picked up several books about both the Crusades and the Inquisition while I was in Spain. The books were dense, and it took me a while to read them, but they taught me a lot. I also went back and plowed through the papal encyclicals that I could read (some were in French, which I don’t read) of the past 1000 years.

Reading books and original sources is a good way to learn more. It’s important when reading about a subject like this, which is being used as a propaganda tool, to read books written from all viewpoints. That’s an education in itself. If you put on your political eyes, you can often, just by reading the distortions from the angles of opposing distorters, arrive at something that is close to the truth.

Please share these with other Christians and encourage them to learn more. We can’t stop the propagandists from lying. But we can at least inform ourselves.

History of the Crusades. 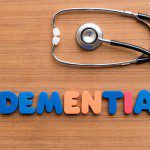 May 1, 2015 When It Comes to Caring for Your Parent with Dementia, You are Alone.
Recent Comments
14 Comments | Leave a Comment
Browse Our Archives
Follow Us!

Catholic
The Problem is Sin. The Solution is Him.
Public Catholic

Catholic
I Wanted to Stand Down for the Weekend,...
Public Catholic

The Link Between Lent And Confession
On February 26 we celebrate Ash Wednesday.  That great day marks the...
view all Catholic blogs
What Are Your Thoughts?leave a comment

14 responses to “The Crusades, Christian Bashing and Our Two-Tier Educational System”