Bishop Tobin, You Can’t Lead People by Bashing and Shaming Them.

Bishops are teachers, leaders and administrators.

They are also priests.

When a bishop becomes so exasperated with his flock that he no longer likes them or feels love for them, it’s time for that bishop to go back to God in prayer.

Bishop Tobin of Rhode Island has published a letter to is flock that is a case in point.

I can’t say what Bishop Tobin feels in his heart, but various comments he’s made and things he’s done lead me to believe that he’s more than a little disappointed in the people in the pews in his diocese. He runs a diocese that is more densely Catholic than most, but also less publicly committed to following the Church.

Bishop Tobin has experienced the personal and pastoral debacle of seeing members of his flock defy him and vote to pass laws legalizing gay marriage. He preached and taught the right things, but they didn’t listen, or rather, not enough of them listened.

Poor man, he took their sins on his own back and blamed himself for the failure of those who should have followed hm to do what was right. It must have been a bitter black moment for him as a leader of souls.

This exasperation, this disenchantment, with the people he is tasked to lead comes blasting out in a recent article he posted concerning the way that Catholics dress when they go to mass. He wants his flock to show their respect for the Lord by dressing up a bit when they come to Church.

Catholics are notoriously casual in the way we dress at mass. I wear a lot of jeans and t-shirts to mass myself. Maybe we should be a bit more polished in our appearance. Many of my fellow Catholic Patheosi think they should. Me, I’m not so sure that I agree. I think that casual is the new normal of our culture and there are much bigger fish for a bishop to fry than taking on the role of fashion cop.

But I’m not a bishop and I don’t set bishops’ agendas. If Bishop Tobin looks out over his flock and sees attire that is unseemly and disrespectful of the Lord, it is will within his job description for him to admonish the faithful to spiff up a bit. It is the job of Catholics in the pews to listen to him and try to follow his teaching. He is, after all, their spiritual leader.

What is unfortunate is that, when he attempted to do this, he let loose with his anger at the people he leads. Here’s a bit of what he said:

You know what I’m talking about; you’ve seen it too. Hirsute flabmeisters spreading out in the pew, wearing wrinkled, very-short shorts and garish, unbuttoned shirts; mature women with skimpy clothes that reveal way too much, slogging up the aisle accompanied by the flap-flap-flap of their flip-flops; hyperactive gum-chewing kids with messy hair and dirty hands, checking their iPhones and annoying everyone within earshot or eyesight.

These displays reveal a gross misunderstanding of the sacred space we’ve entered in the church and the truly sacred drama taking place in our midst. C’mon – even in the summer, a church is a church, not a beach or a pool deck.

Every member of the worshipping community should dress appropriately for Mass, but the obligation is even greater for those who fulfill public ministries during the liturgy – ushers, lectors, servers, and Extraordinary Ministers of Holy Communion. Because they’ve assumed a public role in the sacred liturgy and are in the public eye, it’s important that they give good example to others in the way they dress, speak and present themselves during Mass.

Certainly the people of God should dress with appropriate modesty when they go to mass. I agree that those who participate in the mass should make an effort to be visually presentable when they do so.

But I can tell the good bishop that long-term leadership of a group of people depends on trust and inspiration, not verbal flogging and public shaming.

Every person who comes to mass is a volunteer. Every single one of them has something else they could be doing. Every person who is sitting in a pew is there because, at least at some level, they are seeking Christ the Lord. That deserves respect, which is exactly what I think Bishop Tobin is trying to ask for himself and the mass in his misbegotten post.

I think that the bishop wants people to respect the mass, and I am guessing that he would also like for them to respect him. However, I do not think that talking to the people in the pews in the manner I quoted above will garner the respect he is seeking.

The reason why is simple: To get respect, you have to give respect, and Bishop Tobin disrespects his flock in this letter.

When a leader — it does not matter if it is a priest or a president — disrespects the people he or she is trying to lead, they damage that essential element of trust and inspiration. When they do it repeatedly, they can destroy the trust, quench the inspiration, that is necessary for them to lead.

Bishops have a tough job. I’m pretty sure that it’s going to get tougher as time goes forward. Their authority is battered and tarnished by their own failings in the priest sex abuse scandal.  The Church itself has become the sign of contradiction against the satanic influences that are ripping at our whole society.

Those satanic forces are gathering and will attack the Church without ceasing so long as it stays true to its mission of preaching the whole Gospel of Christ. Bishops, as the generals in the Lord’s army, are the top targets in these attacks.

But they can no go to ground and take cover. Bishops need to stand and lead. They must lead, and they must do it fearlessly and with the kind of strength and faith that only the Holy Spirit can give.

It is not possible for any man to do the job that confronts our bishops out of his own wisdom or strength. If God does not support these men, they will fail. That means that they have to unlearn the lessons of clericalism that have formed so many of our religious leaders and take on the humility of true followership of Christ. There is no other way for a bishop in today’s world to effectively do the job that is set in front of him.

Leadership requires a lot of those who take it up. Among other things, it requires self-discipline. That self-discipline includes a refusal not to indulge personal pique in public venues.

That’s what I read in Bishop Tobin’s remarks: Personal pique.

He is dangerously close to giving the impression that he flat-out dislikes the people he must lead. He needs to stop this and stop it now.

If he is genuinely concerned that the level of casual dress in his parishes has become so extreme that it endangers the sanctity of the mass, he must, as is his job, teach in that area. But it is imperative that he do so as a bishop, a priest, a father and shepherd of a flock that he loves and longs to lead to heaven.

There aren’t many chances when it comes to publicly dissing the people you lead. Such behavior violates the compact between leader and those who are led. If they trust you deeply, they will give you one or two second chances, but only if they love you deeply and trust you absolutely. No one ever gets more chances than that, and most leaders get no second chance at all.

All bishops, not just Bishop Tobin, need to take this to heart. I know what I’m talking about here.

I want to see our bishops succeed. I pray for their success. When I see a bishop shoot himself in the foot this way, I think it’s important to say something.

Bishops must respect and love the people God has entrusted to them. If they do that, they will find the job of leadership a natural outgrowth of the trust they receive in turn.

For a comprehensive dust-up on this whole question, check out The Anchoress who, as usual, says it best, or, have a look at Jen Fitz who employs old-fashioned story-telling to make her point. 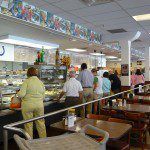 June 17, 2015 I'm Not Going to Rush Out There With a Verdict on the Encyclical Tomorrow.
Recent Comments
27 Comments | Leave a Comment
Browse Our Archives
Follow Us!

Dialogue w Timothy Flanders #2: State of Emergency?
Timothy S. Flanders is the author of Introduction to the Holy Bible for Traditional Catholics....
view all Catholic blogs
What Are Your Thoughts?leave a comment

27 responses to “Bishop Tobin, You Can’t Lead People by Bashing and Shaming Them.”