I’m writing about this because it comes from a reputable source, and because I know that many Public Catholic readers care about it intensely.

However I want to caution that it is not the official report. It comes from Italian journalists who evidently have an inside source.

According to these Italian journalists, the Congregation for the Doctrine of the Faith has concluded that the Marian apparitions at Medjugorje are not due to supranational activity.

The Congregation for the Doctrine of the Faith (CDF) has reached a negative conclusion regarding the authenticity of the reported Marian apparitions at Medjugorje, according to Italian media reports.

The CDF reportedly held a feria quarta meeting on June 24, at which the prelates discussed the findings of a special papal commission that had investigated the Medjugorje phenomenon. According to several Italian journalists—notably Vatican-watch Gianluca Barile—the CDF agreed with that commission’s finding that there is no evidence of supernatural activity at Medjugorje.

The CDF’s conclusions will now be presented to Pope Francis, who will make the final judgment on the subject. If the reports are accurate, and the Pope confirms a negative verdict regarding the Medjugorje phenomenon, that decision will have a heavy impact on thousands of Catholics who have developed a special devotion to the site. 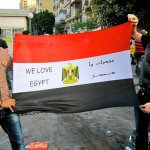 June 25, 2015
Christians in the Muslim World: Egypt
Next Post 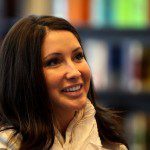 June 25, 2015 Thank You, Bristol Palin, for Your Courage.
Recent Comments
3 Comments | Leave a Comment
Browse Our Archives
Follow Us!

Not a Gumball God - A...
Faith on the Couch
Related posts from Public Catholic

Large Families, Demographics, & Spiritual Revival
This was drawn from lively discussions on my Facebook page. To...
view all Catholic blogs
What Are Your Thoughts?leave a comment