Politics of any sort runs on money, and the Church has its own politics. That’s a given.

The scandal — and it is scandalous — is that Catholic bishops are reported to be using monies raised from the faithful as part of Lenten almsgiving to put pressure on other bishops to accede to gay rights. I have said repeatedly — and I meant it — that I have no problem with homosexual priests. However, I have a major problem with insincere priests who do not hold an authentic faith in and followership of Christ.

It makes no difference to me if the priest is homosexual or straight. But they must be priests first.

I hope more details about this emerge quickly. If the Swiss bishops are mis-using alms in this manner, they need to be brought to heel. If they are truly engaging with outside groups to pressure other bishops to accede to external, secular, political agendas that run counter to Church teaching, that needs to stop, as well.

We need leadership in these times. This has the earmarks of self-serving misuse of power and mis-appropriation of funds that violates the trust of those who have given money to the Church. It also raises real questions as to whether the Swiss bishops are following Christ and teaching the Gospels, or attempting to lead the Church away from Him and His Word.

From The Catholic News Agency:

Washington D.C., Aug 21, 2015 / 03:04 am (CNA).- The Swiss Catholic Lenten Fund and a major U.S. foundation have helped fund an LGBT activist project intended to counter West African bishops at the Catholic Church’s Synod on the Family.The Netherlands-based European Forum of LGBT Christian Groups originally planned to make a documentary film of self-identified LGBT Catholics in Ghana, Togo, Benin, Nigeria and Cameroon.“Reacting to the extremely negative influence from bishops from Western Africa on the final document of the Family Synod 14, we found it important to bring the voices of LGBT Catholics from this region to broader attention,” the European Forum said in its 2014-2015 activity report.The forum’s activities report said the project was funded by the Swiss Catholic Lenten Fund Fastenopfer and the Arcus Foundation. The wealthy U.S.-based foundation has given hundreds of thousands of dollars to LGBT activist groups to target the synod.But Fastenopfer is a Catholic development organization. It traditionally raises its funds during Lenten almsgiving. Its Italian-language name is Sacrificio Quaresimale, which means “Lenten Sacrifice.”Bishop Felix Gmur of Basel, Switzerland is president of the Lenten fund’s foundation council, which oversees the NGO’s directors group. Two of the nine members of the foundation council are named by the Conference of Swiss Bishops, with the rest being named by a separate body. 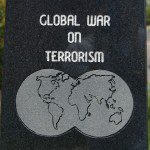 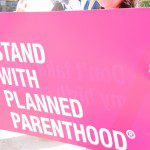 The Catholic Bard 2020/21/22 Reading List
In compiling this list I looked through my CB archives and pulled...
view all Catholic blogs
What Are Your Thoughts?leave a comment