All the Christians Stand Up

If a shooter said All the Christians stand up to you, what would you do?

Sadly, this is not a hypothetical. It happened yesterday in Oregon.

What would you do, if this happened to you?

I wrote about this for CatholicVote. Here’s part of what I said.

A shooter says, All the Christians stand up.

Would you stand? Would I?

I’ve lived long enough to learn a few things about myself. One of them is that when I am under physical attack, I tend to freeze. I do really well if the situation requires moral courage. But physical courage, not so much.

I’ve had a couple of life-threatening experiences in my life where I was attacked from out of nowhere. Every single time, I froze.

So … would I stand if a shooter walked into a room in which I sat with other people and said, All the Christians stand up?

I honestly don’t know. I do know that this happened to real people yesterday in Oregon and a number of them did stand up. The gunman told them Good, because you’re a Christian, you’re going to see God in just about one second. Then, he shot and killed them.

The irony in this is that he didn’t lie. These brave Christians went directly to God. They are martyrs, and their blood cries out from the ground the same as Abel’s, with the distinct difference that theirs is a cry of victory.

I cannot imagine what demon-possessed hatred inspires people to kill other human beings. But I do know that Christians are subjected to an extraordinary amount of hate speech and bashing in these United States. Read the rest here. 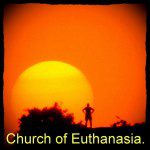 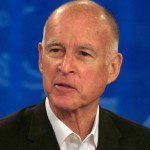 Thoughts: James White & Cameron Bertuzzi & Catholicism
Primarily Concerning the Papacy Cameron Bertuzzi is a professional photographer and founder...
view all Catholic blogs
What Are Your Thoughts?leave a comment

9 responses to “All the Christians Stand Up”