History Repeats in USA, But Evil Will Never Triumph

What happens when evil appears to triumph?

I wrote about that for CatholicVote. Here’s part of what I said:

What has been will be again, what has been done will be done again; there is nothing new under the sun. King Solomon

“Today’s families face challenges that previous generations did not face.”

We recite that cliché in somber tones, as if we were saying something profound. But King Solomon was right. There is nothing new under the sun.

A society run amok with sexual depravity? Look no further than Sodom and Gomorrah, or most of the ancient pagan world, for that matter.

Killing our children to free us to achieve for the corporate empires that rule our world? Change “career” to “good harvest” and “abortion” to “putting your children through the fires,” and you are right back in the pagan world, standing before Moloch.

Poison our elderly, disabled, sick, weak and frail in an act of “mercy?” Go back 70 years to the “useless eaters” of the Third Reich, being driven around in trucks with hoses piping the exhaust in on them. If that seems too pertinent, look at pagan societies that left their helpless members out, where the animals could kill them.

Sex selected abortion? Think of exposing baby girls by throwing them in the dump and leaving them to die.

What about drugs and the reign of terror exacted on families today by the drug addicts in their midst? What about incest? Or polygamy or Christian persecution?

There’s nothing new, not under the star we call Sol. It’s all been done before. 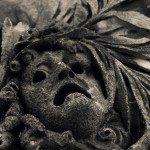 October 9, 2015
Here's Why Euthanasia is Wrong: You Do Not Kill Innocent People.
Next Post 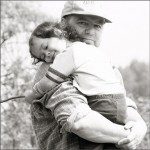 October 10, 2015 Men: Your Women and Children Need You
Browse Our Archives
get the latest from
Public Catholic
Sign up for our newsletter
POPULAR AT PATHEOS Catholic
1