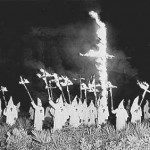 November 19, 2016 Light in the Darkness: The Cost of Following Christ
Recent Comments
17 Comments | Leave a Comment
Browse Our Archives
get the latest from
Public Catholic
Sign up for our newsletter
Related posts from Public Catholic

Pastor Aeternus (1870): Can a Pope Ever Make...
Dr. Robert Fastiggi and Ron Conte; edited by Dave Armstrong, in Response...
view all Catholic blogs
What Are Your Thoughts?leave a comment

17 responses to “Christ, Our King”