I Am Standing with the Pope. Glad You Noticed.

This isn’t about me, and I’m not trying to make it about me. But I’ve just had one of those experiences when angry people hand me a totally unexpected — and unintended — honor, and I’m too happy about it not to share.

I wrote a little post saying, in essence, that no matter what the reaction to Amoris Laetitia, I was standing with the Pope and his authority as head of my Church. The basic thing in the post was simple: Pope Francis is my religious leader. He’s the commander in chief of this earthly army for Christ, and I am — well I don’t even really qualify as a buck private — I’m more of a flag waving member of the cheering section, sending the real soldiers off to battle for Christ.

I hadn’t intended to take sides in the priest fight ensuing between Pope Francis and four cardinals. But, the stuff and nonsense I’ve been seeing directed toward the Pope just plain got to me. There are whole websites with large fanatical followings dedicated to destroying his credibility as the Vicar of Christ. There are Facebook pages authored by sick little people whose only purpose seems to be to tear down, do harm and create division among the faithful.

There are people who insist on referring to the Holy Father by his birth name as a means of disrespecting him. There are nuts out there who claim he’s not the pope. There are people who say he’s a heretic and is in apostasy. They quote — and misquote — canon law and papal encyclicals to “prove” this nonsensical garbage.

These sicko web sites who have dedicated themselves to attacking the Pope usually sell things and hit you up for donations as soon as you arrive on their turf. They are obviously making $$$ out of this hate enterprise they are running, and they equally obviously do not care one whit about the damage they are doing to the Church by attacking the Pope in this outlandish manner.

This whole thing is verging on being schismatic. It is also fodder for the mentals among the flock who need to rage about something in order to shout down their inner demons. Hating the Pope has become a kind of therapy for those who are damaged and hurting from the harms this sinful world has inflicted on them. It takes the place of drugs, overeating, cutting, and a lot of other ways of self-numbing.

I have every sympathy for these people. I understand the damage that the things that are done to us can do to our lives.

But that doesn’t mean that I’m going to follow them down the road. I sympathize, but I am not following these hate-filled web sites, Facebook pages and Twitter communities. I will follow the Vicar of Christ.

I am, as I said, standing with the Pope. Period.

I knew when I said this that there was every possibility that I would catch the angry eyes of the blogmeisters/Facebook-pagers/Twitter-storm-gurus who are fomenting this attack on the Church and her Pope. I knew that they are always in search of a new hate object.

These people need a steady supply of fresh meat to feed the angry crowd they’ve created so that it doesn’t get bored and look elsewhere. They are making their living by chopping away at the unity of the Church. If they don’t mind attacking the Pope, then they certainly aren’t going to mind attacking little old me.

Add to that the fact that members of this nasty tribe have had some success in getting writers fired for saying things they didn’t like, and you’ve got a leader, handing out the torches, and looking for someone to march on next.

I’m not saying that my little blog post got a full-on attack. But it did register a few hits. Evidently, one of the folks who drive this hate bus against the Pope said something or the other that was intended to take a bite out of me and that resulted in a little blast of comments on Public Catholic.

The difference between me and the people who have been hurt by being attacked by these folks is that I have nothing to lose. I don’t make my living doing this. I am not ambitious about my writing. I also don’t see myself as a theologian or a Church authority.

What I am is a pew-sitting Catholic who is grateful beyond words that I was allowed in this Church. I am a sinner whose main religious claim to fame is that I love Jesus with my whole heart. I am blessed every time I take the Eucharist.

If there was some way that I could reach out and enfold the whole world in the love of Christ that I have experienced, I would do it.

This little flurry of comments and whatever the hate-meister said about me that drove them wasn’t much in the scale of things. But being dinged a bit for standing for the Pope is an honor and I am grateful to have received it.

I am grateful to be a Catholic. I am grateful, blessed and healed every time I receive my Jesus in the Eucharist.

I can’t wish anything better for anyone than that they should know Jesus and His love. It’s what I truly wish for this sick and suffering world of ours.

But we live in the time of Kingdom coming, a time when the Kingdom is here, in each of us who truly love Him, and not here in the way we sin in spite of this love; all this in a world that still writhes in the pain of its fallenness. We are witnessing a vast apostasy, a turning away from life to death by whole populations who reject Christ in order to follow their own, broad way.

I believe without doubt that these attacks on the Pope are ultimately an attack on the Church. The fact that those who foment them claim that they are doing what they do on behalf of the Church is just old scratch, talking through people to tell his lies.

I am standing with the Pope.

If that warrants me a few dings in the shooting gallery of the internet, I am honored to be of service. 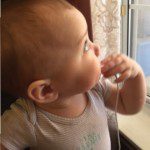 December 13, 2016
Happy Anniversary to My Hubby and Me
Next Post 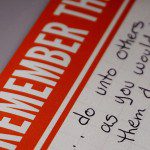 December 15, 2016 We are Called as Missionaries
Recent Comments
30 Comments | Leave a Comment
Browse Our Archives
Related posts from Public Catholic

WRN # 18 Cool Tunes From the Broad...
The diversity of thought within Catholic teaching, like variety within the strictures...
view all Catholic blogs
What Are Your Thoughts?leave a comment

30 responses to “I Am Standing with the Pope. Glad You Noticed.”