More Senator Jeff Sessions and Mrs King, Plus a Look at His AG Resume

The story of Attorney General Sessions’ unsavory past as a public official just keeps on rolling.

His supporters are turning over rocks looking for “proof” that Mrs Coretta Scott King’s letter was a confabulation. Failing that, they will settle for saying that the Attorney General had a secret and unpublicized conversion in which he became a new person who no longer feels the way he once did.

I consider this latter idea to be the most believable. I just don’t think Mrs King lied in that letter. She had not motive for lying. No one challenged it back in the day when there were plenty of living witnesses to testify to its veracity. I think it’s true.

One oddball method of attacking this letter evidently came from Senator Sessions himself when he noted that Senator Strom Thurmond, to whom the letter was addressed, did not put it into the Senate Record. Considering Senator Thurmond’s reputation, that is an astonishingly weak defense.

However, it seems true that Senator Sessions did not do anything to harm Civil Rights in the instances that are cited. I think that’s the most positive indication of a change that I’ve found, and I do take it seriously.

The most recent thing I’ve seen in support of Attorney General Sessions is a YouTube video of Mrs Martin Luther King, Jr, at what appears to be the dedication of the Rosa Parks Library. Evidently, Senator Sessions was in the audience during this dedication and Mrs King acknowledged him in her introductory remarks.

It is a good thing, and hopefully an indicator of a changed heart, that Senator Sessions was present for this dedication. But introducing prominent people in the audience is a common courtesy. It is not an endorsement.

I am beginning to think that, whatever he did in the past — and as of now, I consider Mrs King’s letter far more convincing that the things brought forward by AG Sessions’ supporters — he was more or less a disinterested bystander on civil rights in his time since then. I am not certain of this by any means. But there is indication of it from reliable sources.

As I said in other posts, we’re going to find out if he’s a racist or not. This man is the Attorney General of the United States.

Here is the video with Mrs King acknowledging the presence of Senator Sessions at the dedication of the Rosa Parks Library. 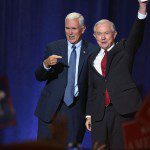 February 9, 2017
Did Jeff Sessions Receive an Award from the NAACP?
Next Post 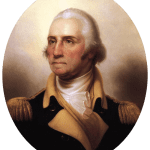 February 10, 2017 When It Comes to Political Parties, Wise George Said It All
Browse Our Archives
get the latest from
Public Catholic
Sign up for our newsletter
POPULAR AT PATHEOS Catholic
1

Reading Pacem in Terris, Part IV
This post is my fourth and final set of ruminations on Pacem...
view all Catholic blogs
Copyright 2008-2020, Patheos. All rights reserved.