I’m not a big fan of President Donald Trump. But I have to tell you, that anonymous I’m-on-the-inside-subverting-the-President New York Times piece made me gag.

The New York Times recently published an anonymous Op Ed piece that it says was written by someone high in the Trump administration and inside the White House. The author of the piece details why he and other staffers are using their positions to subvert the president and essentially govern the country themselves through lies and charade.

Whoever wrote that thing just might be a bigger jerk than the president himself. What we have is someone who says — and the New York Times, which says this person is known to them, vouches for it — that they are high in the Trump administration, right there in the Oval Office, supposedly serving the President as he tries to govern the executive branch of our government.

This person intones that he or she feels that some of the things that President Trump has done are great “conservative” (read that corporatist) triumphs. He likes the big tax cuts aimed mostly at the rich that will one day, in an economic crash, come back to bite all of us. He’s also keen on the increases in money for “defense” (corporate pork barrel.) But he is against — and in active inside opposition to — most of the rest of the president’s initiatives.

So, instead of doing whatever job he (given the sexist nature of the Trump White House, it just about has to be a “he.”) is in place to do, he — along with rest of the president’s staff — actively subvert their boss. The anonymous writer intones that he wants the American people to know that “there are adults in the room” to protect them from their duly elected president.

Mr Anonymous doesn’t sound so much like the “adult in the room” to me as he does another lying, back-stabbing, two-faced, self-referencing corporatist jerk. He sounds like just another corporatist who wants to govern the country along lines that the voters of both parties revolted against in the last election (ie, feeding America down the maw of corporate greed to the ruination of the rest of us.) Despite the fact that he wasn’t elected, he brags about subverting the duly elected president who gave him his cushy, top-level White House position in the first place.

The excuse for this is that President Trump is bad. Somehow or other, Mr Anonymous thinks President Trump’s badness justifies an inside-the-White House coup of governance.

My feeling on this is that of course President Trump is bad. He’s a capricious bully, a liar, and a sexual predator; a woman-hating misogynist, and most likely a Putin stooge. But he’s also the President of the United States. Whoever wrote this anonymous piece has the position of power and influence that allows him to proclaim himself one of “the adults in the room,” because Donald Trump is the President of the United States.

This country does not need more back-stabbing, self-referencing, holier-than-thou liars in top positions. We have a surfeit of them. It also does not need more corporatist operatives bleeding our resources and power into the hands of the greedy and destroying the rest of the nation.

The author of this piece references President Trump’s morality, or lack of it, as one of the excuses for his own duplicity and dishonesty. This kind of finger-pointing, pass-the-buck excuse-making seems to be the order of the day among Republicans ever since President Trump took office.

Since day one, I’ve heard the “but Hillary,” and “but Obama” stories used to excuse inexcusable behavior. No matter what President Trump does, his apologists pick up their Hillary or Obama dolls and shake them in the faces of their incredibly stupid followers, and the followers go glazed-eyed and thick-brained and begin ranting about Hillary or Obama and accept whatever atrocious behavior President Trump has committed as A-OK.

Now, we’ve got a liar/manipulator/corporatist shill bragging about subverting the president and he’s — get this — waving the Trump doll in Democratic faces to make that seem admirable. In truth and in fact, the hatred of Trump is just as visceral and automatic as the hatred of Hillary and Obama. Each side of the political divide has their dolls they can wave in the faces of brainless true believers so that their thinking capacity will shut off. I’m no fan of President Trump. I also criticized quite a few things that President Obama did.

But I never, at any time, have countenanced lying, subverting and trying to coup the government out from under either of them. If you don’t agree with President Trump, then get outside the White House and go at him. Work actively in the open political system to fight him every single day.

But don’t namby-pamby around with an anonymous op ed proclaiming that you are one of the “adults in the room” who is working to subvert him from the inside and govern this country your own unelected self in accordance to your own unelected ideas. Do not engage in palace coups in place against the duly elected President of the United States.

He’s a piece of work, a real mess. I am going to work hard to see him defeated in the next election. In the meantime, I will continue to criticize his actions and demand that Congress do the job it was elected to do and actually be that other, balance-of-power branch of government they were created to be.

The opposition position that Mr Anonymous is taking onto himself should be coming from Congress. But the same corporate interests which our smug author serves have destroyed Congress’ effectiveness by beaming their shills into office on beams of corporate money.

Corporatist interests have bought Congress. And they’ve achieved dominance in the Supreme Court.

It appears, based on this letter, that they’ve also managed to place their operatives inside the White House. That, not patriotism, is what is at work here.

Simcha Fisher wrote an interesting piece on this issue. To read it, go here.

September 4, 2018
Did Kavanaugh and Trump Do a Deal for the Nomination?
Next Post 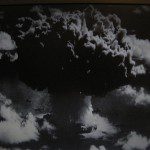 September 22, 2018 Snap. Crackle. Pop. I've Had It.
Recent Comments
11 Comments | Leave a Comment
Browse Our Archives
get the latest from
Public Catholic
Sign up for our newsletter
POPULAR AT PATHEOS Catholic
1

Guilt Tripping and Manipulation: A Catholic Campaign Strategy?
If someone's go-to political strategy is to warn people that they are...
view all Catholic blogs
What Are Your Thoughts?leave a comment