Germany, March 23, 1933 the Reichstag passed what we call The Enabling Act that made Hitler the law-making power of Germany.

America, February 5, 2020, the Republicans in the United States Senate refused to remove President Trump from office despite the fact that his own defense counsel said that he was guilty of actions that betrayed this country.

Since February 5, President Trump has been attacking, firing and threatening everyone who he felt crossed him. He’s threatened to find some (excuse the pun) trumped up pretend crime or other to charge the Speaker of the House with because she tore up a copy of his State of the Union address. (I’m not kidding.)

He is firing and trashing everyone who testified in his impeachment proceeding, even though they were under subpoena. This president seriously thinks that laws, subpoenas and telling the truth under oath don’t apply to him, and evidently his followers and the Republican Senate agrees with him.

He’s tried to get at Senator Romney, who was the lone Republican vote to remove him from office, however he can. The fly in that, of course, is that Mitt Romney is a United States Senator who has years to go before he must stand for election. The other Republican senators are a trifle smarter than Trump. They can count. They know that Senator Romney has a vote in his pocket, and they are going to need him to use that vote on their behalf many times in the future. United States Senators aren’t so easy to get at.

But everybody else is easy prey for our traitor president. The only thing holding him back these past years is the decency and integrity of the people who occupy positions in our government. But one by one, he’s been firing and getting rid of those types and replacing them with men and women who don’t care about this country, who are willing to do anything the Trump tells them to.

Attorney General Barr is just such a person. He began his career as Attorney General by lying about the Mueller report and deep-sixing it, along with its damning evidence. Now, he’s not even pretending to be anything other than Trump’s hatchet man.

This week’s performance is something that we have never seen in America before. It’s straight out of the govern-by-fear tyrannies of Joseph Stalin and Henry VIII.

Evidently, instead of operating according to the rule of law, Attorney General Barr gets up every morning and reads the president’s tweets to ascertain how the emperor is feeling today. He then uses the Justice Department of the United States of America to try to make our petty, malicious, crazy-as-a-peach-orchard-boar president happy.

Justice, the rule of law, the Constitution, no longer have anything to do with it. The AG sees his job as pleasing Trump.

This is not hyperbole. It actually happened this week right in front of us in the question of sentencing for Trump crony Roger Stone. They didn’t even try to hide it. True, President Trump issued one of his cute little lying disclaimers saying he didn’t say what he said and that Barr didn’t do what he did. But that’s just an easy sop for what few of his followers might be troubled by all this.

They’ll believe it. He doesn’t need his denials to make sense or stand up to examination. He can lie right out there in front of everybody with no attempt to be believable, and his followers will not only believe him, they’ll bash anyone who doesn’t believe him.

We are in a horrible mess in this country. There is a traitor and a vicious psychopath sitting in the Oval Office. Close to fifty percent of the people believe everything he says and would shoot their grandma to protect him. The Republican Party has become his co-traitor. Our religious leaders have abandoned Christ to teach and preach Trump.

What are the rest of us who haven’t drunk the Kool-Aid going to do? From now on, I’m going to focus this blog on that conversation.

Here are a few of the ways that President Trump attacked American freedoms yesterday, Feb 11, 2020.

1. Trump Fires Defense Official for Refusing to Break Law on His Behalf

2. Barr takes control of legal matters of interest to Trump, including Stone sentencing.

3. Trump says he has the ‘absolute right’ to tell the Justice Department what to do.

5. The DOJ Originally Set Roger Stone’s Sentencing at 7 to 9 Years. Then Trump Tweeted and They Changed Their Mind.

7. Ex-prosecutor on Roger Stone: This Stinks to high hell

And on the lighter side, crazy, spiteful Trump crazies and spites on:

9. Trump Mocks Bloomberg for ‘Having a Bad night’ in New Hampshire, a State Where Bloomberg is Not on the Ballot.

Note: So far as I know, the story about Trump’s tweet about Roger Stone’s sentence broke yesterday. I’m not sure if the tweet itself was published yesterday or the day before. 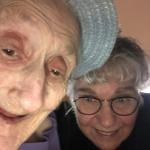 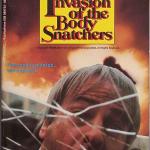