In the face of this deplorable evil, the church kneels before God and implores his forgiveness for the sins of her children. I myself wish to reaffirm this, with shame and unambiguously. I humbly beg forgiveness for the evil committed by so many Christians against the Indigenous Peoples.

I have read that a certain segment of Catholics are upset and angry because Pope Francis apologized to the native people of Canada.

They are outraged that the Holy Father admitted publicly that the Church had sinned against native people by running boarding schools for the government that forcefully took native children from their homes and essentially held them captive in what was a deliberate act of cultural genocide.

This evil was perpetrated by putting native children into church-run “boarding schools.” The boarding schools were a government idea. But then as now, the Church had a hankering to stick its finger into the government pot.

Jesus said that mammon was the root of all evil. But Christian religious leaders of all denominations consistently turn a blind eye to what Jesus said about money and secular power. They interpret and twist Jesus’ words so that they can claim He meant something other than what He repeatedly and forcefully said in plain-spoken and direct language.

You would think that You cannot serve both God and money … money is the root of all evil … it is easier for a camel to go through the eye of a needle than for a rich man to enter the Kingdom of heaven … were obscure statements that only a trained theologian could grok. If we are to believe these self-serving clerics, Jesus never said what He said and didn’t mean what He meant.

So, in Canada of the past, just as in America of the present, religious leaders took the moolah and became the instrument of evil through a too-close association with political power. What this meant for native children is that the Church, which should have been speaking up for them and their human rights, partnered with evil and became the institution that the government used to implement its violation of their civil and human rights.

It is painful to consider how terrifying it must have been for native children to be taken from their homes and families and sent to a boarding school where they were beaten for speaking in their native language and forced, through this cruel practice, to learn the white man’s language. I know from people who experienced this that there was a period of time when these kids could not communicate at all because of this.

These children were handled — and I use the word “handled” advisedly — with an almost feral lack of kindness and compassion. They were beaten, bullied, shamed for being native and stripped systematically and with full intent of their language and culture.

In the case of the “schools” in Canada, a lot — and I mean a lot — of these babies died in what amounted to their captivity. We know because we can visit their graves. It took a long time, an unforgivably long time, for anyone in the larger world to so much as acknowledge what was done to native children with these schools. But at least a tiny bit of it has come to light in recent days. The ugly, ignoble part that the Church played in it has come to the surface, as well.

In Canada, as in the USA, most people don’t want to hear or know about the sins of our not-so-distant ancestors. They — and we — would like to cover the horrors of slavery, segregation and the near genocide of native peoples with a blanket of white rage.

That rage is not a white thing in particular. It’s just standard practice for anyone who has committed crimes against other people’s humanity. The pain of admitting that you have been a monster, that you have done evil to others, is a shattering, life changing pain. Without the forgiveness of Christ and the healing intervention of the Holy Spirit, it is unbearable.

In a sin-sick Church that makes a God of itself, repentance and healing grace are both out of reach. The pain and fall-out of facing, admitting, repenting, apologizing and changing are, for people who have placed themselves on the altar of their lives and bowed down before their own hubris, impossible. Self-righteous people are doomed to wallow in their sins all their days for the simple and obvious reason that their righteousness is from themselves and not God.

It takes humility to kneel before the Cross and confess your sins. It takes, not just a willingness to change, but a hunger for it. It requires above all accepting that Jesus is God, not you.

Peter, the first Peter, was not God and he knew it. He was a man full of bravado and a kind of reckless enthusiasm. It was Peter who stepped out of the boat and onto the waves to meet the Lord. It was Peter whose faith in Jesus enabled him to walk, like Jesus, on the water. It was also Peter who looked at what he was doing and got scared, then sank into the waves again.

We smile at Peter for losing his faith and getting wet. But Peter was the only one who got out of that boat and tried. The others sat and watched.

Peter was full of bravado and reckless faith. He was also full of failed good intentions when the reality of the hard knot of his humanity held his good intentions and bravado to the ground of inevitable failure.

Judas and Peter betrayed Jesus. Judas took a pay-off for selling Jesus out. He betrayed the Son of Man with a kiss. Peter denied he even knew Jesus and cursed Him while Jesus watched. Both men ran away in shame.

But the similarities end there. Peter, the first Peter, did what our own Peter of today has done. He admitted his sin and confessed it. He repented and apologized.

Judas held to his pride. He tried to expunge his guilt by means of his own power. He took the money back. He tried to undo what he had done. But none of us can ever do that. Ultimately, he died without doing the one thing that would have wiped it clean and saved him. He didn’t go to Jesus and confess.

He could have done it. He could have gone to Golgotha and knelt before the cross and begged Jesus to forgive him. But that would have taken a kind of courage, an absolute brokenness that knew no pride, a willingness to rely on Jesus’ love without a single scrap of holding back, that Judas evidently did not have.

Instead of dying to his pride and saving his immortal soul, Judas committed suicide and died in his sin.

When Pope Francis kissed the hand of a survivor of one of those schools, he was doing what Peter did. When he admitted the Church’s sin and asked forgiveness without dissembling or excusing the raw and utter blackness of it, he was stepping out in faith and trust of Christ’s mercy. He was saving us, the people of God who dwell under the canopy of the Church’s treasury of grace, from the cheap grace of magical thinking and self-righteous self-reliance.

This sin against native people was a corporate sin. It was a government sin and a Church sin that vast numbers of people in both Canada and the United States consented to by their silence and acquiescence. We the People elected the people who did this. And we never even considered holding them accountable for their brutality to native children and their families.

The rage and resentment of right wing Catholics about Pope Francis’ apology is just them, refusing to accept the forgiveness that comes by way of turning from your sins. They are demanding that the Church die like Judas, and sadly, like many of them, in its sins.

But Pope Francis is Peter. And he has done what Peter did. He accepted the reality of his forebears’ sin and confessed it in the place and to the people who were sinned against. He asked forgiveness.

Many native people are satisfied with this gift of honest confession. Many others are not. They want more than words. They want real-world undoing of the harms that were done.

It is never simple with people. Some people are angry with the pope for confessing our corporate sins and asking forgiveness. Others say that they will withhold forgiveness until something more tangible than words is offered.

But most of us understand that when genuine confession, remorse and appeals for forgiveness are set before us, we have to balance our humiliated rage over what was done to us against the things that we have done to others

Forgive us our trespasses as we forgive those who trespass against us. We pray that. But living it is much more difficult that saying it. It cannot be done without relying in trust on the mercy and love of Christ.

Who will we choose to model our behavior after?

“We have all sinned and fallen short of the glory of God.”  That is a universal fact. Will we be like Judas and die in our sins? Or will we have the courage of humility to match our false bravado and be like Peter?

Pope Francis has shown us the Way that leads to life. He has modeled the way of Peter for us. We can ask nothing more of any pope. 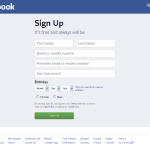 August 14, 2022 I Heard the Bomb.
Browse Our Archives
Related posts from Public Catholic