Two Funerals and a Hack

It began with a hack.

Or rather, it began with me, being a dummy and giving away information that I should have held close.

A longtime friend of mine, someone I served with in the Oklahoma House of Representatives, contacted me through Facebook. He told me that he’d lost my info. So, I blithely gave him my phone number and email address. I cooperated with him completely because I trust him completely.

The only trouble was that the person I was talking to was not my old friend. It was a hacker. They hacked my account, just as, I assume, they had hacked my friend’s account. I was locked completely out of my Facebook page in a matter of minutes.

Then, they sent me an email. They told me I could get my account back if I gave them $400 worth of iTunes gift cards. (I kid you not. That’s what they wanted.) They also said they were “Russian hackers.” I assume that last part was phony, but I do believe the extortion attempt was real.

I tried every way I could to report this to Facebook. If there’s a way to do that, I couldn’t find it. Evidently, this particular crime is not something that anyone at Facebook cares about.

I got hacked and my Facebook page went off wherever hackers take these things.

I seriously considered just forgetting about FB. It was actually quite nice to be without it. We can forget that the virtual world is just an imaginary thingy. It doesn’t matter to your real life unless you let it.

Truth told, I didn’t miss it. In fact, I enjoyed being shed of it.

When I got hacked on FB, I was also dealing with a family funeral. This particular death was even more of a tragedy than most; a young man taken away from a family that adores him and who will grieve for him all the rest of their days by drugs.

I could write a lot about the drug abuse that is riddling our society and destroying so many lives. But I don’t have the heart for it. I also don’t have the solution. If love, security, stable home life, faith and education would cure it, this young man would not have fallen prey to it. It’s one of the plagues of our times.

A few days later, I received word that a wonderful woman who I owe a great deal had died. Her name is Katie Gordy and she was a blessing to everyone who knew her.

Katie spent her life helping other people. She helped me in a time when I was wracked with remorse, guilt, shame and grief. I didn’t call her and ask for help. She knew I was in trouble and she called me. She reached out with love, tenderness, wit and enormous grace. And she helped me.

Katie was everything a Christian is supposed to be. She’s who I wish I was good enough to be.

She died in her faith and I do not have a single doubt that she is with God right this minute. Katie’s life was a gift to all of us who knew her. Her passing is a promise of the eternal future that awaits us all.

There you have my last two weeks.

Two funerals and a hack job.

June 27, 2022
Yesterday, I Skipped Mass for My Moral and Spiritual Health.
Next Post 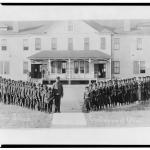 July 28, 2022 Peter or Judas? Which one will you follow?
Browse Our Archives
Related posts from Public Catholic 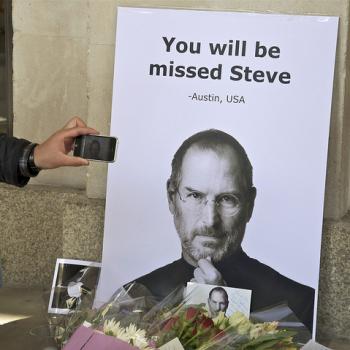 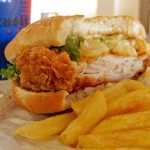 Catholic
The Junk Food Fix is More Than One...
Public Catholic 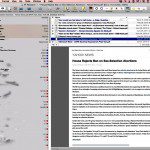