It’s the Economy vs the Virus. Either Way, We the People Lose.

WE CANNOT LET THE CURE BE WORSE THAN THE PROBLEM ITSELF, AT THE END OF THE 15 DAY PERIOD, WE WILL MAKE A DECISION AS TO WHICH WAY WE WANT TO GO. Donald Trump, caps his.

I’m no fan of Donald Trump, but I do agree with him that the measures we are taking to combat the Coronavirus are not sustainable in the long term.

I’ve held off writing about the economy because I don’t know any way to do it without scaring people. Even now, I’m going to just skim the top of the trees, so to speak.

At some point in the future, we are going to have to re-think our economics and devise ways to sustain a decent standard of living for all people without constant population growth to fuel it. But for now, our only real consideration is how to keep the economic plane aloft and flying today.

There is one other element to this that nobody talks about out loud. That is credit. Without credit, the economic engine won’t fire at all. A credit failure would freeze everything, lock up the gears and bring the whole thing to the kind of stop that an airplane experiences when it hits the side of a mountain.

The government has been spending money that it doesn’t have, digging a debt hole of stupendous proportions, trying to keep the credit pump primed.

But, as I said, almost every day the market crashes again. And the debt hole the government is in gets deeper.

There could come a point where government spending cannot prevail. We could have a credit failure.

Even if we avoid that catastrophe — and every government seems to be doing its best to avoid it — we are going to face a messy mop up when this passes.

I won’t go into that now. It’s too speculative and I’m hoping we can slide through the needle. But the potential is there.

That is what President Trump is talking about when he tweets about the cure being “worse than the problem itself.” It’s a serious conundrum and it always has been.

It’s what makes his prevaricating and delaying early on such a serious and potentially disastrous thing for him to have done. We’ve faced pandemics several times in recent years, most recently when we nearly lost control of the Ebola virus in 2014-2016. It took a lot of reality-based hard work and aggressive action to stop that virus then.

Now, he’s facing decisions that involve dead Americans on either side. A worldwide depression, if it gets bad enough, could be catastrophic. The Coronavirus, if it runs free, will kill a lot of people and may end up freezing the economy all on its own.

All this goes to the heart of two things I’ve been saying for a long time now. A just and stable government is always the greater good. The truth matters.

There are real problems in this world that you can not lie and deny your way out of, even when you are the head of state of a great world power. Leaders of nations, especially this nation with its global influence, must be willing to take reality on reality’s terms every single day.

I read a comment by a friend and relative of mine who I respect to the effect that we need to get behind President Trump in this crisis. I somewhat agree and somewhat disagree.

I’m staying home. I’m not panicking. I am maintaining an even strain and doing my part. To that extent, I’m “behind” him.

However, if standing behind him means that I have to pretend that lies are truth and facts are lies, then you can count me out. Trump lied us into this mess. He tried to intimidate a virus with his bullying. He knew, he absolutely knew, that we were facing a pandemic and he lied to us about it. He lied directly, out front, and repeatedly.

He wasted the time he could have spent fighting the virus and gearing up our defenses against it going around holding rallies and calling the virus a “Democratic hoax.”

I’m not getting behind that.

It might be possible to lay it aside for a while if he would just tell the truth, accept responsibility, stop using his press conferences to trash people and politicize everything and stop the lying.

We’re in a real mess. The Chinese premier who arrested the doctors who first tried to report this is the single person on the planet who is most responsible for this tragedy. I want to emphasize that I do not mean the Chinese people. They are the victims of a dishonest leader of their government, just like we are. If anything we are more culpable, since we elected our liar.

President Donald Trump did not do his job. He tried to demagogue a killer virus. We are all paying for his stupid lies.

In this game of economy vs the virus, we are the ones who will suffer. If the President decides to back down on efforts to stem the virus and lets it loose, we’ll be the ones who get sick. It will literally be our funeral.

If, on the other hand, he goes on shutting things down to stop the virus and we drop into another Great Depression, We the People will suffer the cataclysm.

It matters who you vote for folks. Electing a crazy lying nut has consequences.

March 23, 2020
Let the Pope Gift You with a Lenten Wash Job and Make You Ready for Heaven
Next Post 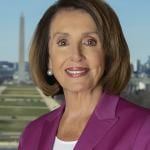 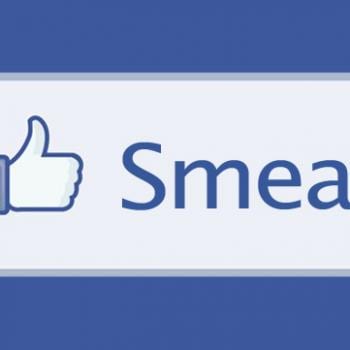 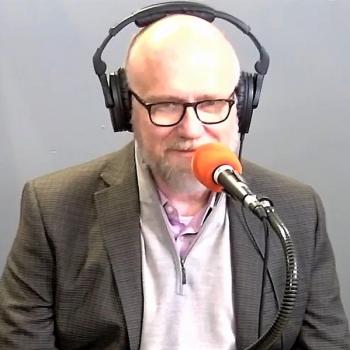