Trump is Coming to Tulsa. Get Ready for the Two Minute Hate.

Trump is Coming to Tulsa. Get Ready for the Two Minute Hate. June 11, 2020 Rebecca Hamilton

So, Trump is going to jumpstart his campaign for re-election by blessing the good people of Tulsa with one of the hate-offs that he calls political rallies.

With his usual flair for slapping the face of decency with a dirty mop, he’s picked the site of the Tulsa Race Riot — or, to be more apt, the Tulsa Race Massacre — from a hundred years ago. The cherry on top is that he’s doing this on Juneteenth.

I wrote a post shortly after he was elected in which I said that America had just elected its first Jim Crow president. This post was not well-received by my Trump-supporting friends.

I understood that. It was, after all, a strong statement that I had based on his campaign rhetoric and history. He was at the beginning of his time as president. He could’ve brought all of us together — yes he could have done it, just by behaving like a normal person. He could have actually governed for the good of all the American people. He could have easily proved me wrong.

He didn’t do that.

What he has done instead is destroy America’s alliances, split the American people into warring factions, try to involve a foreign power in our electoral process on his behalf and come pretty close to destroying us with his incompetence and malfeasance.

He has made an absolute mess of every single crisis that has come along. A lot of Americans are dead who would almost certainly be alive if we had simply had any one of his predecessors of either party in office instead of him. He has pushed us toward a dictatorship, attacked the free press and continually, without letting up for one bloomin’ moment, done his best to get us to hate one another and attack each other.

He was endorsed by the KKK and he’s never repudiated it. He has openly and repeatedly backed Neo-Nazis and white supremacists.

He spoke in support of armed insurrectionists who were originally organized by groups that are funded by one of his own cabinet members. He never said a critical word when these thugs shut down a legislative session in Michigan with their threats of violence.

He has besmirched American war heroes, and supported every rapist and sexual predator with an R on his voter registration card that he can find. He treats people like dirt. And he lies every time he opens his mouth.

I can hardly wait for him to come to Oklahoma. I expect the venue in Tulsa to be full of rip-snorting, fire-breathing Trumpies. That’s mostly what we’ve got around here. He could hardly have found a spot on the map that would have more people who will welcome and celebrate his brand of racist hatred than where he’s going on Juneteenth.

However, I want to say that there are a lot of us out here in the hustings who are not so foolish and full of hatred as to support Donald Trump. Oklahoma actually does have people with functioning brains and a sense of basic decency. There are plenty of people here who are not the kind of racist misogynist slimeballs who fall into chanting hate chants on a signal from Trump,

I call the hate chanting at his rallies The Two Minute Hate. I call it that after the two minute hate that Big Brother required of his followers in George Orwell’s 1984.

However, if I was being accurate, I would call the entire rally a 60-Minute Hate.

That’s all Trump’s rallies are. They are him, raving and lying and attacking and his followers cheering and applauding and, when he gives the signal, falling into a mindless hate-chant aimed at somebody he has instructed them to hate.

The objects of these hate chants seem most often to be women with power. The reason why is obvious. Trump is like all men who treat women like dirt. He’s challenged somewhere in his little psyche about his manhood. A woman with power enrages him. Thus, she becomes the object of his Two Minute Hate.

If you’ve ever watched him perform in one of these rallies, take note of the look of satisfaction he gets on his face when the crowd falls into the hate chant. It’s downright sexual.

So here we are, with our Jim Crow president, waiting for him to do one of his hate rallies at the site of one of the worst race massacres ever perpetrated on American soil on the day when the descendants of those people celebrate their freedom from slavery. Can it get any more gross?

I expect the usual excuses from Okie Trump followers. According to them he’s just an innocent little lamb who has no idea of the significance of where his little hate fest is scheduled to occur or the significance of the date on which he has planned it. Not only do I expect this tripe, I’ve encountered it already.

My answer is simple. He’s the President of the United States. He ought to know. But assuming he’s so stupid he doesn’t know and also assuming that his advisers are so stupid that they don’t know, there is one group of people who for sure know that this rally is a slap in the face of black Oklahomans in particular and black Americans in general.

That knowing group is the Trump supporters who are defending him by saying he’s such a cluck he doesn’t know what he’s doing. They know.

Are they going to show up for this rally? Are their preachers going to preach that they should go to this rally and load up the church buses to ferry the faithful to Tulsa? Will they cheer when he jeers? Will they fall into the chant and give their all to the Two-Minute Hate?

I’m not asking if Trump is a racist. I think that is a settled fact.

I’m asking if you are.

In truth, I think I know the answer.

Go to this rally, if you want.

Jeer and get all orgasmic at the name-calling and lies.

Join in with the Two Minute Hate and chant destruction on the head of someone Trump has told you to attack.

Then, two days later, get up and go to church on Sunday. Tell somebody that they are not a Christian because they don’t support Trump like you do. Get with the program.

Go for it fellas and gals.

As my grandmother used to say, “Hell ain’t half full.” 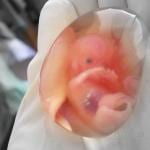 June 12, 2020 Trump's Racism Forced Archbishop Gregory to Speak Out.
Browse Our Archives
get the latest from
Public Catholic
Sign up for our newsletter
POPULAR AT PATHEOS Catholic
1

Whose June Is It?
Mudblood Catholic
Related posts from Public Catholic

Catholic
Do Not Deny Yourself the Eucharist Because of...
Public Catholic
TRENDING AT PATHEOS Catholic