It would be a challenge for anyone to be more directly Jim Crow than Donald Trump chose to be in his latest salvo at hispanics.

He uses a formula that harkens back to the days of slave-accomodating legal formulas taken straight from America’s slaveholding past. His new/old Jim Crow plan is designed to control how people will be counted in upcoming reapportionment battles.

For those of you who don’t know exactly what I’m talking about, the Constitution requires this country to take a census of its population every ten years. The legislatures of the various states are then tasked with re-drawing the districts of all the elected officials in the whole nation to better reflect the changes of population that have occurred since the last census. This process is designed to ensure equal representation for all the people at every level.

In the last couple of censuses, Republicans have changed the fine art of gerrymandering from a local abuse committed by a few dishonest politicians to a national strategy enacted on the strategic and tactical level of an entire political party.  Gerrymandering is the practice of drawing districts that lump members of the opposing political party together in one district.

Gerrymandering allows the party in control of the state legislature to reduce the number of elected representatives that the opposing party can hope to hold. That increases the power of the party that’s already in the majority.

Some offices are exempt from gerrymandering by virtue of the way their district is set. For instance, every state has two United States Senators, regardless of its population. The real prize in all this is the state legislatures and the United States House of Representatives.

However, for the purpose of illustration, let’s pretend that the number of United States senators is determined by population. If that was true, Republicans might try to draw a senate district that looped around New York City (carving out more Republican upper state New York), then followed a thin line of cities over to Chicago, snaked through more urban areas to Denver and then took in the whole West Coast.

Bingo! All those blue voters would be reduced to one United States Senator between them. Think of the simplicity. There would be no reason to send in troops wearing battle gear and carrying high-powered rifles to tear-gas and attack a bunch of dangerous, out-of-control Moms carrying flowers and all armored up in t-shirts. You could just lump everybody together, give them one senator and three representatives and call it a day.

Without the tongue in cheek, that is the prize in reapportionment. In case you missed the point, the prize is power. If reapportionment is done dishonestly, it’s the way to seize control of the government without the expense of shipping in the president’s private little army of  brown shirts to do it ugly.

All this leads me to Donald Trump’s latest written-on-paper (as opposed to armed troops) attack on democracy. Or maybe I should call it the latest manifestation of his virulent racism.

Donald Trump sat down to deal with reapportionment in advance of next year’s post census district redraw. He took out his pen and, along with advice from the people in his government who have actual knowledge of governance, drew up a new rule.

According to this rule, an illegal immigrant will only count as 3/5 of a person. The great Jim Crow irony in this is that the practice of counting a human being as 3/5 of a person is exactly the formula that was used to compute how slaves were once counted for reapportionment.

I know that there are people reading this who will rejoice and be glad for what Trump has done. I’m sure they don’t think that illegal immigrants should be counted as people at all. They support anything anybody anywhere wants to do to them, so long as it hurts them.

But even these evil people — and anyone who supports dehumanizing and legalizing the abuse of whole groups of people is evil — should stop and think for a moment. There are simple, practical considerations involved in this computation, and those considerations affect everyone in a state, including the hispanic haters themselves.

As a personal, Okie, example, reducing the representation here in Oklahoma leaves us with fewer people to fight for our interests if we get a prez who decides to close one or several of our military bases. That’s just one example. There are many, many more.

Formulas that determine how much money goes to things like schools, bridges and healthcare are all based on these census numbers. Financing for things that we tend to ignore until they don’t work such as sewer lines and clean drinking water are all factored into it as well. You may not notice the sewer until it backs up into your house, but it can be a problem if the sewage treatment plant doesn’t work.

Then there’s the simple fact that the Census doesn’t ask people if they are documented or not. That leaves the whole question of enforcing Trump’s ratio entirely up in the air and wide open for any kind of wacko interpretation, abuse or corruption you want to steer through it. That sounds like an ideal playing field for an amoral, vengeful racist like Trump.

So, even if you’re all for anything that hurts illegal immigrants, you might give this 3/5 formula a careful thought. It can come back around to bite you.

The USCCB issued a statement opposing Trump’s these-people-are each-only-3/5-of-a-person order/letter/directive thingy within a day of its publication.

The USCCB’s statement calls Trump’s action “a grave injustice.” Which, of course, is what it is.

WASHINGTON –On July 21, President Trump issued a Presidential Memorandum to the U.S. Secretary of Commerce ordering that undocumented people counted in the 2020 Census be excluded from consideration when determining the number of U.S. Representatives each state is allotted in the U.S. House of Representatives. Archbishop Paul S. Coakley of Oklahoma City, Chairman of the U.S. Conference of Catholic Bishops’ (USCCB) Committee on Domestic Justice and Human Development and Bishop Mario E. Dorsonville, auxiliary bishop of Washington and chairman of the USCCB’s Committee on Migration issued the following statement:

“As we have stated before, we urge all people to be counted and fully included in the Census. Counting the undocumented in the Census and then denying them and the states in which they reside their rightful representation in Congress is counter to the Constitution and a grave injustice. Furthermore, such a policy makes people feel invisible and not valued as human beings.”

“This action is simply wrong and divisive. We follow the lead of Pope Francis, who has noted that in the face of ‘profound and epochal changes’ that the present moment offers ‘a precious opportunity to guide and govern the processes now under way, and to build inclusive societies based on respect for human dignity, tolerance, compassion and mercy.’ We urge the President to rescind this Memorandum and instead, to undertake efforts to protect and heal our nation and all who are living in our country.”

To learn more about participation in the U.S. Census and information-sharing visit the Justice for Immigrants website. 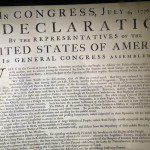 July 24, 2020 Trump's Private Army is Committing War Crimes
Browse Our Archives
get the latest from
Public Catholic
Sign up for our newsletter
POPULAR AT PATHEOS Catholic
1