I’m going to excerpt an article below that is just one of a type. I’ve read several articles like this, all written by people who are trying to convince themselves and us that Joe Biden can win this election while staying home. They tell us that direct voter contact doesn’t matter.

But direct voter contact does matter. I know it does.

I was 15 years old the first time I worked in a political campaign. I’ve participated in campaigns of every sort in just about every capacity in the years since then. I’ve campaigned for people of both parties and in every type of district.

I’ve won elections and lost elections and done the post mortem on elections after they were over literally more times than I can count. Here’s the simple, undeniable and unavoidable fact: Direct voter contact always beats any other sort of campaigning.

All the other things that campaigns do, including phone banking, mail, email, polling, television advertising, and internet organizing and advertising is designed to magnify and solidify the effects of direct voter contact.

Nothing — and I mean nothing — replaces direct voter contact.

Biden needs to campaign the battleground states in a direct and highly personal way. He needs to campaign in each one of those states like he was running to be their United States Senator. What I mean by that is that he needs to shape his campaign to each state according to that state’s individual concerns as they fall within his overall message.

I’ve never been as forward and politicized in my writing as I have been lately. I certainly never intended to be this direct and this political with the things I wrote. But America is in the crosshairs of a hostile foreign power who is actively trying to destroy us, and Donald Trump is in the process of actually destroying us.

I dread what will happen to us if this obviously crazy and downright evil man is re-elected. All you have to do is look around at America as it is today to see the damage he has already done to us in domestic matters. As bad as that is, the damage he has done in foreign policy is much greater.

These “deals” he’s getting with foreign powers are not victories. They’re give aways in which he hands over America’s interests in order to say he’s gotten a “deal.”

These aren’t treaties. They’re agreements with no punch that he signed to get headlines.  He’s selling out our national security at the conference table so that he wave around what amounts to a letter of intent and claim that he’s gotten a remarkable “deal.”

Trump is a blowhard and a bully. But when he gets in the tall weeds with the big dogs he’s unprepared, servile, desperate for a deal and totally outmatched. The bad guys around the world have learned to play to his crazy and his hunger to be able to claim that he got a “deal” to get him to give away the farm.

In truth, we can no longer count on countries who’ve been our allies for over a hundred years to cooperate with us in our international initiatives. They are going their own way. That leaves America naked in the hard world of foreign affairs.

If Trump’s traitorous weakness and stupidity ever gets us into a real war, he will handle it the same disastrous way that he’s handled COVID-19. He’ll get us killed.

The Republican Party doesn’t even have a platform anymore. It simply pledged loyalty to Trump. That is a historic first for American politics. It sounds like, and in fact is, something you would expect from North Korea.

If Joe Biden loses this election, we lose our country. I can not even begin to predict the suffering and destruction that Americans will be in for. All I can tell you is that Trump has no bottom. He will stand up there with a Bible and have a choir sing the Ave Maria, but he doesn’t care if you live or die.

He’s crazy. Anybody can see it.

Joe Biden needs to campaign. He needs to figure out a way to do it without spreading COVID-19. But he must do it.

Our country and our lives depend on it.

From US News and World Report.

HAVE YOU SEEN JOE BIDEN lately?

Probably not. Hardly anyone has. The presumptive Democratic nominee has been largely holed up at his Wilmington, Delaware, home. And with less than three months before Election Day, the campaign has given no indication he’s prepared to go out and meet voters, even as the former vice president tells donors 17 states are in play this fall. He does few TV interviews. There is not the usual filling of lawns with signs.

Biden’s visual absence from the campaign trail – driven by concerns about the coronavirus – deprives the candidate of perhaps his best asset: connecting with voters who tell him their troubles or share struggles similar to Biden’s own, such as losing family members or overcoming a childhood stutter. He has a responsible excuse – one that also serves to expose the less-careful behavior of Trump, who does travel – but it begs the question for some nervous Democrats: How can Biden make that personal connection with voters who aren’t on social media or participating in one of his myriad virtual events?

“I’ve heard a lot of people raise the question of why he isn’t doing this,” says Moe Vela, a former staffer for Biden in the White House. “I’m honestly inclined to ask the same question. Then I sit and realize he is ahead” in the polls, Vela adds. “And frankly, he is putting out plans,” unlike Trump, who offered no details when asked what his second-term agenda would be. 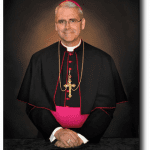 August 28, 2020
Archbishop Coakley: You Can't Turn a Blind Eye to Racist Atrocity and Say You are Pro Life.
Next Post 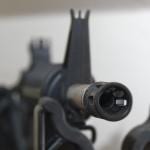 August 31, 2020 Christian Web Site has Raised $200,000 for Kenosha Shooter.
Browse Our Archives
get the latest from
Public Catholic
Sign up for our newsletter
POPULAR AT PATHEOS Catholic
1