I’m on everybody’s “this lady gives money” list. It seems as if half the charities in the worldwide Catholic Church mail me every day, asking for $. Every Democrat knows my name, and so do a lot of Republicans, including Donald Trump

I promise you that I have never given $ to Donald Trump. The first time I saw him, I knew I was looking at a corrupt, lying psychopath, and nothing he’s done since has changed my mind one bit. I never, not for one minute, ever considered voting for him for President.

Then, in the middle of the Wikileaks scandals, Trump hired Paul Manafort, whose connections to Putin’s Russia were notorious, as his campaign manager. That convinced me that Trump’s public calls for Russia to continue with Wikileaks wasn’t just a big mouth running. I believed then and I believe now that Trump is a traitor to this country and Putin’s boy.

On that day, I stopped opposing him privately and began speaking against him publicly. From that day to this, I’ve done everything I have in my small power to oppose him and his traitorous regime.

No issue, not even pro life, matters if we help a hostile foreign power wage an undeclared war against America. Donald Trump is destroying our country.

No law matters if we destroy the country in which the law is passed. America is so important that I don’t believe there is anywhere you can run to get away from the destruction if America turns bad.

I came out against Trump and I have never backed off of it. So, it is passing strange that I am on his mailing list. But I am.

I’ve been getting several emails from Trump every day for the past 5 years. These emails tell me that he’s sure I want to be one of the ones who gets selected for dinner with him and that I will send my donation to earn a ticket in the drawing for said dinner. (By the way, I’ve never heard of any of these dinners actually happening. Have you?)

His sons’ emails have assured me repeatedly that they are compiling a list of people who have added their names to the list of those who’ve just given $ to their Dad to take to him before he goes on stage at the next rally and they’ve noticed that my name is not on the list. Won’t I, pretty please, let them add my name? “Dad” is waiting to hear from me.

I don’t usually read these things, but every so often I give them a gander. Something about this morning’s Trump email caught my eye.

Maybe it was the headline:

Or maybe it was the body of the letter that followed:

That was a real dome scratcher. I mean, does this old fool think he’s still running against Hillary?

A lot of his supporters think exactly that. I’ve had Trump supporters — people who used to be intelligent and capable of rational thought before they got their brains washed — assure me vehemently that “Hillary” …

1. … would be a replacement run-in candidate when the Democrats couldn’t manage to nominate one of the many candidates they had last year,

2. … was going to be nominated as a compromise candidate when she swooped in and took over the Democratic convention,

3. … would mastermind a takeover of the virtual Democratic convention and they would nominate Hillary instead of Biden by force,

4. … Biden would step aside at the Democratic convention and nominate Hillary in his place

5. … will replace Senator Kamala Harris at the last moment before the election and then Biden will drop out and Hillary will take over. (That story is still running in their febrile little Trumpist brains.)

Most of Trump’s supporters used to be ok mentally. I realize it’s difficult to believe, but I know quite a few of them, and they really weren’t nuts, back before Trump took them over.

But five years of believing his ever-changing and downright ludicrous parade of lies, and tracking along behind his crazy has damaged their minds. They can’t tell reality from Trumpian fantasy.

I don’t know if they will ever be fully cognizant again. Frankly, I will never fully trust their judgement again. As we say here in Okieland, these folks aren’t too swift.

So, I’m guessing that the true believers who got that same email this morning were suitably impressed with it and cracked open their wallets for Trump. They’re probably just like him. They think he’s still running against Hillary, too.

One small thing in all this that does interest me is how completely these people have become motivated by racism and misogyny. Once again, I have to say that they weren’t always like this. Trump plants racism and misogyny in the hearts and minds of the people who adore him and fertilizes it daily with his verbal hate droppings.

The underlying message in this rancid hatred of Hillary boils down into something so hard and ugly that it can be used to motivate people to act on it long after she’s gone as a presidential candidate. That underlying message is hatred of women, and Trumpists — both female and male — groove on it.

Trump despises women, and his supporters — both women and men — are more than his disciples in this. It’s one of their primary underlying motivators.

Trump got his start in politics by peddling the birther crap against President Obama. His political franchise has been frankly and out front racist from day one.

He has never backed off from insulting and degrading women. In fact, his whole political persona as well as his personal behavior is based on misogyny in all its forms, including sexual assault. His followers are right there behind him, cheering him on.

I’m including his clergy in this, and I mean all of his clergy, including the Catholic bishops and priests who are backing him.

You can’t back Trump without being a racist and a misogynist. You just can’t get there. He’s based his whole campaign and almost everything he’s done as president on ramping up racism and misogyny. It’s what he’s sold from day one. It’s part of the deal you make when you put your imprimatur on his brand.

Many of his followers try to hide behind the unborn. They’re not racist or misogynist, they assert. They don’t support sedition, the KKK, American Nazis, and the Proud Boys. They aren’t for armed militias shutting down legislative sessions and kidnapping and murdering sitting governors. Their whole motivation is their love of the unborn child.

The problem is, that dodge is done.

We’ve passed the point where it’s necessary to cast any vote for president based on the issue of abortion. We have five vouched-for “pro life” judges on the Supreme Court and we are about to get another one. Six out of nine judges is a super majority.

We have a clear majority of “pro life” judges on the court. With Amy Barrett, we’ll have a super majority. If they don’t overturn Roe, then the whole strategy is a failure and it’s time to try something else. If they do overturn Roe, then we’ve won. Either way, that ship has sailed, that cake is baked, that story is told, that deal is done.

People who tell you that you have to vote for Trump because of abortion are either so stupid they can’t count to 9, or they’re lying to you. Personally, I don’t think for one minute that Trump’s clergy, including his Catholic clergy, is that stupid.

I think they are liars who are manipulating us to control our vote for their personal power and place at the federal money trough. I’ve seen this stuff, up close and personal, many times.

One thing I know for sure is that — Trump’s fundraising letters and calls for the AG to start “investigations” against his 2016 opponent aside — it’s not 2016 any longer. If you’re confused about that, just look around. Look at the mess this country is in. The peaceful, well-governed country that Trump inherited from President Obama has been brought to its knees by four years of his corruption, mismanagement and lies.

We’re going to have an election here pretty soon. A lot of us have already voted. If we don’t get rid of this monster, we’re going to lose our country.

I don’t know how it’s going to turn out. But one thing I am sure of is that this is 2020. And Hillary is not on the ballot. 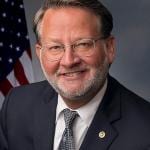 October 14, 2020 The Court Should Overturn Roe Soon. We Need to Move Forward from There.
Browse Our Archives
Related posts from Public Catholic