Trump is Trying to Bamboozle a Senate Vote to Overturn the 2020 Election. Can He Do It?

Trump is Trying to Bamboozle a Senate Vote to Overturn the 2020 Election. Can He Do It? December 16, 2020 Rebecca Hamilton

Trump has signaled that he intends to carry his fight to overturn the election to Congress. He evidently wants to take a shot at overturning the electoral vote that occurred Monday by challenging that vote when Congress certifies it on January 6.

My family members and I had talked about this. We expected Trump to carry his crazy as far as he could. Sure enough, as soon as the Electoral College elected Joe Biden the 46th President of the United States, Trump announced he was going to challenge the vote in the Senate.

But just because Trump wants to challenge the Electoral College vote in the Senate, it does not necessarily mean that he will succeed in upending the proceedings and getting it done.

I wouldn’t order up the popcorn and beer for a 2020 Sedition Super Bowl watch party just yet. I think there’s a possibility that this will sputter out before it gets started. Here’s why.

The vote to set aside the 2020 election would be disastrous to the Republican Senate. It would smash that bunch of spineless puppets  between Trump and the American electorate in a way that we have never seen in the entire history of our democracy. There’s no going back after a vote like that and there’s no way to “win” in the casting of it. It’s historic. It labels people for life and to future generations.

Even if his wimpy Republican caucus doesn’t realize this, Senate Majority Leader Mitch McConnell does. That, and not some latent grasp of reality, is why Mitch McConnell finally stood up on the Senate floor and “congratulated” President-Elect Biden on his win.

It was, admittedly, the most left-footed “congratulation” possible, complete with the usual groveling in front of Trump that has become de rigeur for Republican office holders, but McConnell did manage to get the words out. Then, he followed up with statements urging Republican members of the Senate to refrain from signing on to any motions to refuse to certify the electoral vote.

Here’s why he asked his ego-driven caucus to stand down and not make motions to refuse to certify. It gets a tad technical, so bear with me.

Trump will need two members of Congress, one from each body, who are willing to put it in writing that they object to certifying the Electoral College vote. There appears to be several House members who have said they would sign on to this. At this point, only newly-elected Alabama senator Tommy Tuberville has indicated that he might be willing to take up the cudgel on the Senate side.

Tuberville has already said things that seem to indicate that he doesn’t have the first clue what he’s doing. Among other things, he has claimed that Al Gore won the 2000 election, misidentified the three branches of government, and doesn’t appear to know what World War II was about. He’s a football coach. He may think that making such a big-boy motion as refusing to certify the Electoral College vote would be tantamount to catching the ball and running for a touchdown on the first play. Who knows?

What he’s really getting into is a career-defining tar patch that will stick with him for the rest of his life. There’s no comedy in overturning 200 years of democracy on behalf of a sniveling cry baby bully who won’t admit he got beat. And that is exactly what Tuberville is considering.

This isn’t football. It’s not a game. it’s grown-up, full-speed contact politics and the games he’ll be playing will result in real life people having a hope and a future, or being utterly destroyed by an unjust and dishonest government that plays whore to special interests.

This particular vote that Tuberville is jumping into could easily destroy our democracy. It is an evil move being pushed by an evil president; a corrupt and mentally ill man who should never have been elected in the first place.

If Tuberville and the as yet unnamed House member proceed with this motion, based as it would be on no facts at all but merely the insanity of one corrupt psychopath in the Oval Office, they will open the door to chaos in our government and close it on the peaceful and honorable transition of power that has formed our democratic institutions for 200 years. They will be betraying America.

Once they make this motion, there is no stopping events. Both houses of Congress will be forced to debate the certification of the Electoral Vote and then to vote on it.

In addition to needing two members of Congress to kick off this shindig, Trump will also need Pence in the chair. If anyone else is wielding the gavel, they will have been put there by McConnell, and he’s already made it clear that he doesn’t want to go down this road.

So, here’s what Trump needs to do this deal.

1. Trump needs Vice President Pence to sign on to help him. Pence must exercise his position as President of the Senate to take the chair and, if there’s a tie, vote to overturn the Electoral College vote. I want to emphasize that Pence does not have to do this just because Trump tells him to. He can refuse.

2. Trump needs a senator and a house member who are sufficiently stupid and uncaring about this country to object to certifying the 2020 election. They have to be willing to toss the votes of 153,000,000 Americans, including their own constituents in the toilet.

If Trump can get that done, then the deal rolls on its own momentum. There will be a floor debate and a vote on certification of the Electoral College vote in both houses.

This vote, if it occurs, would be a vote on sedition and insurrection. It would pit the Republican Party between Trump and America in a direct and inescapable way. There is nothing tough about a decision like that for ordinary Americans. We’d vote for America.

But for the cowards and traitors in the Republican Congressional delegations, it would be a very tough vote. Most of them have spent the past four years on their knees in front of Trump. They’ve betrayed this country every step of the way. If they have any patriotism or morals, they’ve discarded them long ago.

But voting to overturn the election for Trump would put them directly in front of the on-coming train of a rightfully outraged electorate. Voting for America would pit them against the great and wondrous Trump and his mean and crazy, totally irrational followers.

This is the kind of historic vote that sticks to people and labels them for life. It’s not just that voting against America would cause your grandchildren to change their last names so that nobody knows they’re related to you. It’s that the more-important-than-Jesus-and-America-and-the-survival-of-our-species Republican Party would be signing its death certificate.

These Republican Senators and Representatives have demonstrated repeatedly that they have no faith, no country, no survival instinct of any sort except as it pertains to raw ambition and the Republican Party. This vote would tear down that all-important Republican House.

Faced with this debacle, Mitch McConnell ended his six-week refusal to admit that Joe Biden is the new president-elect and toddled out to the Senate floor where he groveled before Trump for endless minutes before finally saying that, yes indeedy, Joe Biden won the election. He had to. It was time and time and past time to stop this sedition train because he could see that the train was about to run right over his beloved Republican Senate.

He followed up his little speech with a call for Senate Republicans to stand down and behave themselves and not make any motions to de-certify the 2020 election.

We’ll see if he can educate Tuberville on the finer points of not sticking his freshman head in a hay bailer the first day, and also round up his crazier members and get them back in the barn before January 6. We’ll also see if Pence can actually say “no” to Trump.

The truth is, McConnell has always had the power to stop this train wreck. But he didn’t. He let Trump go on and on unchallenged by the Republican Party when he could have stopped it just by publicly congratulating Biden on his win.

He let Trump tear and rip at our system of government with all the ferocity of his insane, psychopathic acting out.

But now, things are different. A vote to overturn the electoral count would damage Mitch, and Mitch doesn’t want a vote like that to occur.

My guess is that, since McConnell has stood down, all the little Republican puppet senators will stand down right along behind him. I think there’s an excellent chance that Tuberville will line up nicely after McConnell gets him alone in a back room and explains things to him. All the Republican boys and girls are likely to line up and play nice because leader says. They do what they’re told and they’re being told, right now.

But there is just that faint possibility that Trump’s crazy followers and their penchant for emotional and physical violence will trip the wire in one of these senators and set him off. Maybe Tuberville’s arrogance as “the coach” will prevail over senatorial wisdom. Who knows?

At that point, Pence has to decide if he’ll follow along or refuse. The only question after that is who will carry the sedition/Proud Boys banner for the House?

Don’t buy your sedition watch party beer and popcorn just yet. McConnell has a big hammer, and he doesn’t want this vote. But do keep January 6 open for a few days. It might get interesting. 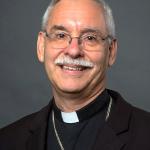 December 14, 2020
Bishop Tony Taylor of Little Rock Ark has COVID-19. Pray for His Recovery.
Next Post

December 17, 2020 Happy Birthday Pope Francis!
Browse Our Archives
get the latest from
Public Catholic
Sign up for our newsletter
POPULAR AT PATHEOS Catholic
1