President Biden is banning Russian fuel from import to America because of the war Putin is waging on the Ukrainian people.

America has plenty of oil of its own. I drive past capped wells and wells with the pump jacks turned off every day.

America has substantial oil and gas reserves. We also have a lot of oil and gas in the ground. The oil is there, and, if the oil companies don’t hold back, it won’t take all that long to ramp up production. If American oil producers put their shoulder to it, this country can be totally fuel independent in a matter of weeks.

In the meantime, the price of gasoline at the pump is going to go up. The price of gas to heat our houses may rise, as well, although most of that is done by contracts and long-term arrangements, and should be relatively stable.

The people who are facing a real hit by turning off the Russian spigot are our European allies. They are also the people who are in greatest immediate peril from this Russian aggression. It’s just a short boat ride from Russia to Alaska, but I don’t expect that an invasion of America would be next on Putin’s list of fights he wants to pick.

The speech Putin gave just before he started his war against the Ukrainian people was all about his plans to regain the old Soviet Empire. Before I listened to that speech, I thought he was (1) ruthless but sane, and (2) engaging in saber rattling because he wanted a deep sea port, and Ukraine had one. That was the explanation I’d heard, and it attached a rational goal, one that could be solved with diplomacy, to what would otherwise be irrational behavior.

I had never heard him speak at length before, and it was an experience. His speech convinced me that what he wanted had nothing to do with deep sea ports. He wanted to turn back time and retake the countries that had been slave states in the Soviet Empire.

It was bone-chilling, listening to him quote Hitler’s speeches before Hitler annexed Austria, the Rhineland and Sudetenland Czechoslovakia almost word for word. I’ve heard a number of commentators mull over Putin’s claim that he was “liberating” Ukraine from fascism. They can’t seem to figure it out.

They need to read more history.

Putin was paraphrasing Hitler. Hitler said he was annexing Austria, Czechoslovakia, and the Rhineland to stop “Bolsheviks.” Hitler also claimed that Germans in these areas were being discriminated against, and that was why he had to take over these countries.

Putin, just switched this around to say he was fighting “fascists” and that Russians were being discriminated against in Ukraine. If you’ve read Hitler’s speeches from that time, you know that Putin used Hitler’s words.

The interesting thing is that those same people Putin claimed he was “liberating” have brought the fight to him. They don’t seem to want Putin’s “liberation.”

It was horrifying to hear Putin deliberately take Hitler for his model and use both Hitler’s tactics and rhetoric so directly. That, and the delusions about turning back time, and the odd low-affect way he talked, were deeply unsettling to watch. Putin isn’t normal. If he’s rational, he did a fine job of hiding it in that speech.

I don’t know a lot about modern Russia’s economy. But I’ve read that it’s basically a big gas station. Take away the sale of fuel, and you take away the economy.

If that is true, then shutting down the purchase of Russian oil needs to be done. Putin is murdering innocent people and he’s doing it on a large scale. He has invaded a peaceful nation with no provocation in a war of conquest. His goal — that he has stated himself — is to re-conquer the independent nations that were once slave states in the old Russian empire.

If we can end the bloodshed in Ukraine by simply paying a dollar more at the gas pump, then I do not see how anyone can refuse. If you are a Catholic and you believe in the sanctity of human life, then where’s the problem?

I am pro life. I want to save Ukraine. And I want to avoid World War III. Backing this no-bloodshed option of just not importing Russian fuel is the most pro life thing I can do.

I watched a video on YouTube Sunday night of a little Ukrainian girl singing “Let it Go” in a bunker. Her high sweet child’s voice echoes in my heart.

When I pay more at the pump, I’m going to remember that little girl, and all the little children of Ukraine.

If paying an extra dollar for gasoline will help save her life, it is my privilege to do it. 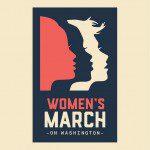 March 10, 2022 Jesus was a Man. Does that Mean God Hates Women?
Browse Our Archives
Related posts from Public Catholic