Dorothy Day was Woke. You should be woke too.

Dorothy Day was woke. You should be woke too.

From The New Yorker:

Day’s Catholic Worker Movement would serve the poor in more than two hundred communities. Under her guidance, it would also develop a curiously dichotomous political agenda, taking prophetic stands against racial segregation, nuclear warfare, the draft, and armed conflict around the world, while opposing abortion, birth control, and the welfare state. That dichotomy seems especially stark today, when most people’s beliefs come more neatly packaged by partisan affiliation. But by the time she died, in 1980, Day had become one of the most prominent thinkers of the left and doers of the right. In her lifetime, it was the secularists—including Dwight Macdonald, in a two-part Profile published in this magazine, in 1952—who called Day a saint. Now, though, the cause of her sainthood is officially advancing within the Catholic Church, a development that has occasioned a new biography and a documentary, both of which explore the contentious question of who owns her legacy. 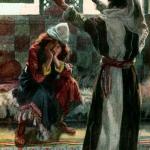 April 22, 2022
GQP Whore Bishop Alert: What's Happening to Disney Can Happen to You.
Next Post 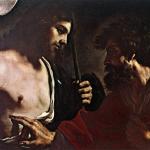 April 25, 2022 Doubting Thomas was the only modern man in the whole story.
Browse Our Archives
Related posts from Public Catholic 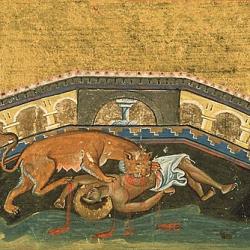 Catholic
St Basil was Woke. You should be Woke...
Public Catholic