All you have to fear is being shot anywhere you go.

All you have to fear is being shot anywhere you go.

That Republican Party ended slavery, built the interstate highway system, organized the mass vaccination against polio, worked with Democrats to form a united front in the Cold War, backed the Equal Rights Amendment, funded the war on cancer and provided massive funding for family planning.

The Republican Party once worked to build this country, cared about solving problems and believed in democracy.

But that Republican Party is gone, wiped away in a flood of billionaire money, cold-blooded exploitation of Christianity and wedge issue politics. Today’s Republican Party is a hate-filled, insanity machine that thrives on chaos and not only does not offer a single solution for any problem facing America, it actively blocks the efforts of other people to solve problems.

It is a money-owned fascist cult, not a political party. And a large percentage of its members are behaving like brainwashed cult members.

A case in point is a recent poll indicating that almost half the Republicans in this country say that America has to passively accept mass shootings and do nothing about them. That is both insane and suicidal. But it is consistent with being a true-believing member of the cult that is today’s Republican Party.

These people identify as members of the political party that has taken do-nothingism as its de facto platform. Today’s Republican Party doesn’t offer solutions. It opposes solutions and callously makes problems worse so it can use them to pit us against one another.

Today’s Republican Party never, ever, never offers a solution for anything. When it gets in power, it uses that power to attack public education and dismantle our institutions, cut taxes for the rich, shuffle money to Republican apologist clergy and make life harder and more dangerous for the rest of us. Every single time today’s Republicans get in power, we end up in a train wreck.

Their last time in power ended with them attempting to overturn a presidential election and install a psychopathic nut job as America’s first dictator. They have not stopped fomenting unrest since. Mass shootings play into their strategy of tearing America apart so that they can convince people to put them in power.

The idea that we can’t do anything about mass shootings except offer up our lives and the lives of our kids for slaughter is a Republican lie. It keeps the focused, guns-are-the-only-issue Republican base calm and feeds into the do-nothingism that helps the party keep its more sane faithful from revolting against its pathological destructiveness. Only an idiot, or someone who was afraid to let themselves think outside the Republican box, would believe it. But then, that’s kinda the point.

It takes a lot of denial and fantastical thinking to stay inside this Republican box. But I would bet that not one of the Republicans who gave that answer to the pollster is so brainwashed that they are willing to give up their lives to a mass shooter.

They won’t let themselves consider that one day it could be them hiding under the table and praying for God to forgive their sins and take them to heaven if that shooter standing over the woman a few feet away and pumping bullets into her turns and starts firing at them. They block any thought that it could be them, waiting in a school gym for the coroner to identity the bodies and tell them that their child is dead, shot beyond recognition.

They know it’s going to happen again. But they think it’s going to happen to you. They think the carnage will stay on right wing media where the talking heads make up lies about how the whole thing was staged or it was really the victim’s fault for not locking a door, or that abortion caused it or that the libs set it off with their gay marriage.

They believe that it’s the victim’s bad luck for praying at the wrong church, or attending the wrong school, or working at the wrong job or eating at the wrong MacDonald’s or shopping at the wrong store or going to the wrong club or concert or movie or walking down the wrong street. It’s just their bad luck, and yes, we feel sorry for the victims unless their families and the survivors decide to get annoying about it and start advocating for change, then they, not the shooter, become the enemy.

Almost half the registered Republicans in these United States are evidently fine with letting mass shootings continue. I would guess that these same Republicans would also tell you that they are pro life.

The truth is, we can stop a lot of the shootings by simply making it illegal for anyone under 21 to purchase, own or have free access to a rifle or a gun. We can pass laws making it illegal for anyone under 21 to use a rifle or gun unless they are under the supervision of a licensed adult who has legal responsibility for what the minor does with the weapon.

We can pass background checks and waiting periods to buy guns and limit open carry. We can use tax laws to limit weapons of war the same way this country stopped free access to machine guns in the 1930s.

Nobody wants to take away the detective special you carry in your purse for protection, or the hunting rifle you use once a year. Nobody wants to stop you from owning guns. I say that as a gun-owner who grew up with guns and who supports the 2nd Amendment.

But we’ve got to do something to stop these killings. And we can.

The crazy nonsense that we can’t do anything is just that. It’s crazy nonsense. The fact that almost half the registered Republicans in this country are willing to accept repeated mass slaughter is an indictment of them as people and of the political party that taught them to think in such a fatalistic, passive, brainwashed way. 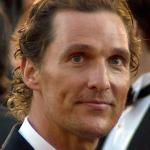