If You Missed Day 4 of the Jan 6 Hearings, You can Watch It Here.

If you missed Day 4 of the committee hearings on the Jan 6 coup attempt by Donald Trump, you can watch it here.

The abuse that Trump and his supporters heaped on the few Republican officials — all of whom had supported Trump’s bid for re-election — who refused to destroy America for him, was outrageous and dangerous. For a president to use his powers in this way is a contradiction of everything our country stands for. It is something Putin or Hitler would do.

Until this hearing, every single one of the people testifying have been high-ranking, life-long career Republicans. They are such blind party loyalists that they say to a person that they will vote for Trump again if he is the party nominee in 2024.

I don’t understand these people. I think that their blind loyalty to the Republican Party is a mental and moral illness. But I am grateful to them for refusing, in the face of this mental illness, to help Trump’s insane desire to push this country into a bloody civil war that would have resulted in untold death and horror, all because he’s such a weakling that he cannot handle being beaten in an election.

As I said, all the witnesses so far have been Democrats. Except for one. The committee heard from a Georgia election worker. Her testimony affected me on a deep level.

I hope you watch the Day 4 hearing. If we don’t stop this seditionist insanity that has taken over the Republican Party, we are going to lose our country.

June 17, 2022
If you Love America, Thursday's Hearing will Chill Your Bones
Next Post 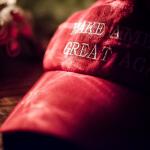