Science, Scientism, and the Intelligibility of Faith

Science, Scientism, and the Intelligibility of Faith October 25, 2021 Ted Peters

It appears to SBNRs (Spiritual But Not Religious) and the wider public that science and religion are at war. Worse, it appears that religion in general, and Christianity in particular, are anti-science. What’s a public theologian to do? (Peters, 2018)

In an earlier Patheos column, I recommended that the public theologian construct a worldview that includes a theology of nature. And by ‘nature’ I meant the world as seen through microscopes and telescopes by the scientist’s eyes. (Peters, 2021)

However, there is a danger in letting the natural sciences run freely within the believer’s house. Like dogs with fleas, the otherwise pure sciences are frequently infested with annoying parasites. The most egregious of these parasites is the materialist and atheistic ideology we know as ‘scientism’. Scientism is an ideology that rides genuine science like fleas and ticks ride a Golden Retriever. What is the theological equivalent of Frontline Plus?

“Mutually critical and self-critical relationship between faith and science is far more useful to humanity than confrontation,” declares Antje Jackelén, Archbishop of Sweden.

When we look at the data, we note immediately that, from the religious person’s point of view, there is no war between faith and science. “We [the PEW Foundation] found that 56% of Americans say there generally is conflict between science and religion but that this sense of tension is more common among the religiously unaffiliated— those who describe their religion as atheist, agnostic, or ‘nothing in particular’. The survey showed that just 16% of Christians in the U.S. say their religious beliefs ‘often’ conflict with science; another 3 in 10 say such conflict sometimes occurs.” Nature as interpreted by science is likely to find an open door leading into the church. But, be careful of admitting scientism’s cur laden with ideological fleas and ticks.

Those Blood-Sucking Fleas and Ticks

It is scientism and not science when Oxford biochemist Peter Atkins touts that science is the only form of knowledge, rendering illusory all religious claims to knowledge. “I consider that Science is mightier than the Word, and that the river of religion will (or, at least, should) atrophy and die” (Atkins, 1997). Here are the marching orders of scientism’s army: denounce, destroy, and decimate every religious worldview. 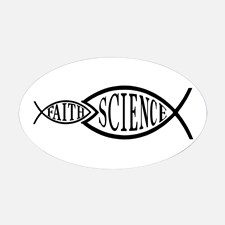 It is also scientism and not science when Harvard entomologist and sociobiologist E.O. Wilson readies himself for Armageddon, for the final defeat of religious darkness by the forces of scientific light. “The Armageddon in the conflict between science and religion…began in earnest during the late twentieth century. It is the attempt by scientists to explain religion to its foundations…At its source, the struggle is not between people but between worldviews” (Wilson, 2012, p. 255). Here are the marching orders of scientism’s army: denounce, destroy, and decimate every religious worldview.

There is no need for the conscientious public theologian to invite the Trojan Horse of scientism into worldview construction. In order to understand our world along with ourselves in relationship to our gracious God, we certainly need scientific knowledge located within our theology of nature. Good science, yes. Scientism, no.

Despite the fact that Atkins and Wilson are willing to go to war in order to defeat religion and establish science alone as the victorious force in culture, the public theologian need not necessarily counter-attack. After all, we have Jesus’ words ringing in our ears.

Do not resist an evildoer. But if anyone strikes you on the right cheek, turn the other also; and if anyone wants to sue you and take your coat, give your cloak as well; and if anyone forces you to go one mile, go also the second mile.  (Matthew 5:39-41)

Resources for adopting science without fleas and ticks are as plentiful as pets looking for forever homes. If you are a progressive Christian, collar the Clergy Letter Project which sponsors an annual Evolution Weekend each February. If you are an evangelical Christian, tether yourself to BioLogos. If you are a Muslim, note how Iranian physicist, Medhi Golshani, collects affirmative testimonies in his series of books, Can Science Dispense with Religion? (Golshani, 2021) If you are Jewish, then give a wag to Sinai and Synapses.

ESSSAT (European Society for the Study of Science and Theology) publishes a fine newsletter. Visit also Greg Cootsona’s blog, Science for the Church, along with reading the Science and Religion Initiative Newsletter. The journal, Zygon, has been a pioneer publication for half a century, drawing scholars from IRAS (Institute for Religion in an Age of Science).

In Berkeley, I work with physicist-theologian Robert John Russell at the Center for Theology and the Natural Sciences, which is part of the Graduate Theological Union. For two decades we have published a fine scholarly journal, Theology and Science(Peters, 2018).

The Intelligibility of the Faith

As you can see, the public theologian need not attack science. Science as science is not faith’s enemy. But, what are we to do about scientism? How can we invite the dog into our home without the blood sucking fleas and ticks?

I recommend the public theologian take up an often overlooked offense, namely, intelligibility. How can we make faith in the living God intelligible in our global context dominated as it is by competing worldviews and growing hostility toward all things religious? Pope John Paul II recommends combining faith and reason. (Pope, 1998)

Every conscientious person instinctively desires the truth. Well, at least the great Athenian philosophers told us this. For the sake of argument, let’s assume this is true about truth. Then we observe that intelligibility is the window that opens our eyes to see truth. Here is Cambridge physicist and theologian, the late John Polkinghorne.

The universe is astonishingly open to us, relationally transparent to our enquiry….The most we can require is an interpretation that is coherent and 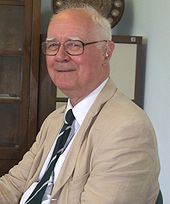 persuasive. Theism provides just such a response to the metaquestion of intelligibility. If the world is the creation of the rational God, and if we are creatures made in the divine image, then it is entirely understandable that there is an order in the universe that is deeply accessible to our minds. Putting the same point in a different way, one could say that science discerns a world in which its rational beauty and rational transparency is shot through with signs of mind, and the theist can understand this because it is indeed the Mind of God that is partially disclosed in this way. (Polkinghorne, 1998, pp. 72-73).

The more intelligible we make our faith claims, the more likely that critics and doubters and scoffers will entertain them with sympathy and honesty.

Should we teach science in seminary? Yes, indeed (Peters, 2015).

To be clear, I do not recommend employing natural science for the purpose of proving the validity of distinctively Christian claims. Rather, I am recommending that knowledge about the natural world gained through microscopes and telescopes be integrated into systematic theology for doctrinal intelligibility. Theologians need science to construct an intelligible worldview within which all things in nature and history are oriented toward the one God of grace.

One final caution. “It’s a mistake (and strategically unsound) to try to prove or disprove religious beliefs on the basis of currently accepted scientific theories,” advises Vatican Observatory director Guy Consolmagno, S.J., “because most of those theories will likely change someday” (Consolmagno, 2014, p. 44).

Ted Peters directs traffic at the intersection of science, religion, and ethics. Peters is a professor at the Graduate Theological Union (GTU), where he co-edits the journal, Theology and Science, on behalf of the Center for Theology and the Natural Sciences (CTNS), in Berkeley, California, USA. Along with Martinez Hewlett, Joshua Moritz, and Robert John Russell, he co-edited, Astrotheology: Science and Theology Meet Extraterrestrial Intelligence (2018). Along with Octavio Chon Torres, Joseph Seckbach, and Russell Gordon, he co-edited, Astrobiology: Science, Ethics, and Public Policy (Scrivener 2021).

Jackelén, A. 2020. God is Greater: Theology for the World. Minneapolis: Fortress Press. 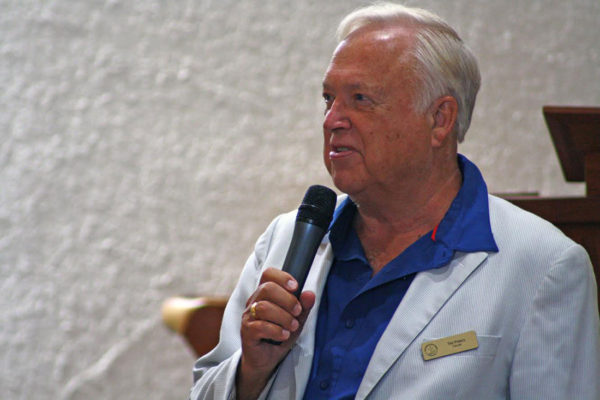 About Ted Peters
Ted Peters is a Lutheran pastor and seminary professor. His fields of teaching and scholarship include Public Systematic Theology, bioethics, and the dialogue between theology and natural science. You can read more about the author here.
Previous Post

October 19, 2021
Would confirmation of extraterrestrial intelligent life cause a crisis for terrestrial religion?
Next Post

Mansplaining in the Bible, and a...
Freelance Christianity
Related posts from Public Theology 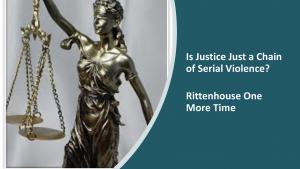