Peter asks, “By what name?”

This is Peter writing, for the first time in much too long.

Quaker meeting was good for me today, and it’s been a while since I’ve been able to say that. For months now (maybe even years) meeting has been about trying to tune out the incessant internal chatter of my own brain, or about trying to sit comfortably on benches that are about four inches too low, or (most debilitatingly of all) about struggling to stay awake.

But today, although I can’t say whether or not the whole meeting felt covered, I know I felt covered. A Pagan might say “cloaked,” and a better word than either might be “embraced,” though that also doesn’t quite convey the experience. My wife, when I protested that I had no words to tell her what it was like, told me to go ahead and tell her anyway, so I came up behind her and placed one hand over her heart and the other over the space between her shoulder blades and pressed gently, and she nodded and said, “Oh, that. Yes, it’s good when it’s like that.”

And on the way home, I was thinking about how the other thing I don’t have words for is the… the…

The thing that was doing the thing. You know. God or the Light or whatever.

I’ve written about this before, but that was from a more linguistic, philological approach. Today it’s more like I’m gazing upon my Beloved, who never seems to tire of unfolding more and startlingly different manifestations of Him/Her/Itself, and asking for the umpteenth time, “By what name shall I call you?”

There’s “God,” of course. But “God” carries so many connotations of Creator of the Universe and all that, and the—presence—that I feel in meeting for worship… If it is the Creator of the Universe, that’s not exactly relevant right then. It is present, Here, Now, very intimately with me, and who or what it was thirteen billion years ago doesn’t really matter.

It’s not “Herne,” the god-form that was my patron deity for most of the time that I was most actively Wiccan/Pagan. I knew even at the time that “Herne” wasn’t His name. Again, it was His intimate presence more that his name that mattered. And the presence of Spirit in Quaker meeting isn’t exactly the same as “Herne” was. Though it feels like it partakes of the same Divinity, sort of like the three Persons of the Trinity are all said to be the same as God and yet not the same as each other.

“Spirit” is a nice, generic term, but much too wishy-washy. “Spirit” sounds like something that would waft through the room like piped-in music, not come swooping down on you to massage your heart. Not something that would have a personal identity, that could make you smile and think, “Oh, it’s you!”

“Lord” is a term of address that feels familiar to me to use in the presence of Deity, but it doesn’t feel right here. “Lord,” in common English usage, means a kind of ruler, and Quaker worship is not exactly about being ruled. And the word “Lord,” used anywhere that Christians are present, is also the word used to translate the Hebrew name “Yahweh,” and the Light that covers a Quaker meeting just seems nothing at all like the terrifying and capricious pastoral deity who demanded that blood be smeared on the horns of his golden altar.

“Guide” eliminates the Yahwist connotation, but again, it names the presence for one of its lesser characteristics. Like if someone called me glasses, or beard, instead of husband, father, teacher, writer…

There’s “Light,” of course, but the experience is much more tactile and visceral than it is visual.

“Holy Spirit” is probably the most satisfying name I’ve come up with so far. If you take it just as two words in English, they mean a spirit that is holy, and that’s right. That works. It’s got more oomph than just “Spirit.” And if you relate it to the Greek “paraclete,” which is the word in the Bible that gets translated as “Holy Spirit,” that word literally means “advocate” but it also gets translated as “helper” or “comforter,” as in John 14:16-17.

And I will pray the Father, and he shall give you another Comforter, that he may abide with you for ever; Even the Spirit of truth; whom the world cannot receive, because it seeth him not, neither knoweth him: but ye know him; for he dwelleth with you, and shall be in you. (KJV)

And that feels more like what I’m talking about. It’s likely to give my Pagan friends hives, and maybe to lull my more Christian friends into assuming we have waaaaay more in common than we do and leave them feeling duped when they realize it. I can’t help either of those. All I can do is sit with the experience. 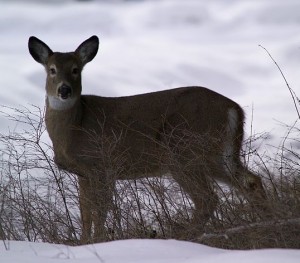 Pagan
On Nature, Human Ugliness and the Problem of...
Quaker Pagan Reflections 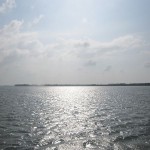 Pagan
Theism, or Down to the Sea (Of Limitless...
Quaker Pagan Reflections
TRENDING AT PATHEOS Pagan