On the Language of the Quran

“If one reads and interprets the Koran as a kind of information medium – as many contemporary Koranic researchers do – one does not do justice to it. The Koran is heavily poetic and contains a whole range of messages that it imparts at a semantic level – not at all explicitly, not at all unambiguously; it gets these messages across through poetic structures; if it didn’t, it wouldn’t be as vivid as it is. What makes the Koran unique is its complexity, its multiple layers, the fact that it speaks at different levels. On the one hand, of course, that is the huge aesthetic attraction. However, it is also, if you like, hugely attractive in rhetorical terms or in terms of its power of conviction.

While it might be possible to sum up the mere information in the Koran in a short newspaper article, the effect would not have been the same. It really is about enchantment through language. Language itself is also praised in the Koran as the highest gift that humankind received from God. Naturally, this is related to knowledge. Language is the medium of knowledge. This is why one should never on top of everything else accuse the Islamic culture of being averse to knowledge. The entire Koran is basically a paean to knowledge, the knowledge that is articulated through speech.” – Angelika Neuwirth

June 27, 2014 3 Things You Should Avoid This Ramadan To Make It More Spiritually Meaningful!
Recent Comments
0 | Leave a Comment
"whats the very next verse after the compulsion one?.....exactlyyou know damn well abrogation exists in ..."
john smith Yes, You Are Taking Those Verses ..."
"In most/all illiberal Muslim-majority countries, it is."
Westsider ISIS Has Something to do With ..."
"Does the Qur'an tell us to flay him, stone him, quarter him, boil him, or ..."
Westsider ISIS Has Something to do With ..."
"Ma sha Allah, thanks for summarizing the Surah. This is very helpful. I ll comeback ..."
Dontseek Reply A Short Summary & Chapter Notes ..."
Browse Our Archives
Follow Us!

Muslim
A Short Summary of Al-Maida (Chapter 5) |...
Quranalyze It 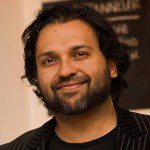 Muslim
Yes, You Are Taking Those Verses out of...
Quranalyze It
TRENDING AT PATHEOS Muslim