The ordinary suffering of animals and the (extra-)ordinary radicals who do something about it.

The ordinary suffering of animals and the (extra-)ordinary radicals who do something about it. October 22, 2014 Rachel Marie Stone

Anyone who has spent more than just a little time in a very poor country has seen the sad sight of starving domestic animals. Mother cats with kittens, nearly grown but still yearning to suck, rangy and hungry and not too wild to beg from human passersby. I wept for the dogs I saw in villages in the hungry months before harvest, sides caved in and ribs visible for the counting.

Animals, my friend Mel once commented, don’t seem to be part of the sin and corruption that makes this world what it so often is. They are not perpetrators of suffering. They are not complicit in evil, though they suffer from the same systemic evils that chafe at us all. And, so often, too often, they are directly victimized by human evil. Bear-baiting. Factory farming. Dogfighting.

As a number of evangelical thinkers have noted, reformers such as Hannah More and William Wilberforce cared not only about alleviating human suffering — but about animal suffering as well. In contexts where animals are generally regarded purely utilitarian, profound reformers and radicals have noticed, and called others to notice, the simple truth that animal life is precious to God.

A blogger in Guatemala tells a simple story in words and pictures of a woman, an anonymous woman, who does what she can to alleviate the suffering of the unloved street dogs were she lives:

I spotted this lady and their bucket of food in one of my morning walks. She walked a short distance and then stop to feed a chucho, a street dog, she did several times until her bucket was empty. I asked her why and what she was feeding the chuchos. She simply said, it breaks my heart that nobody feeds them, so I collect the left overs at my house and feed a few dogs. Poor chuchos; it is not their fault, she continued.

What a wonderful way to show that if you really want a better world, just get out there and do what you can. If all of us did whatever little we can, we would certainly have a better world.

October 20, 2014
What happened when a self-declared dog-despiser accidentally adopted a Pit Bull
Next Post 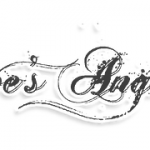 A night with Lot in Sodom,...
slacktivist
Related posts from Rachel Marie Stone 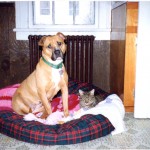 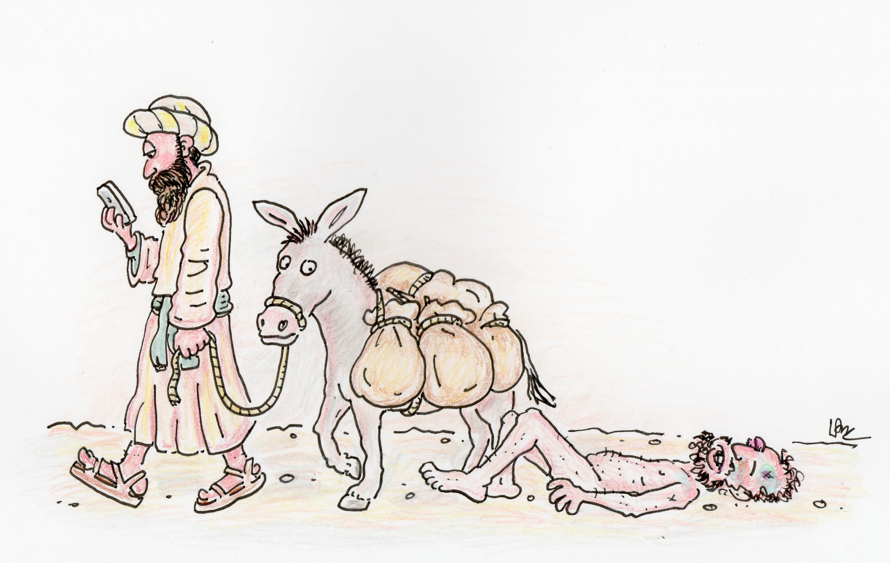