Assad is Not a Supervillain

Assad is Not a Supervillain April 7, 2017 Christian Chiakulas

Everyone at my office is talking in worried tones about Trump’s barrage of missiles fired at military targets in Syria.  This marks the first time the United States has purposefully attacked Bashar al-Assad’s Syrian government, although we’ve been conducting military operations against ISIS in Syria for years now, and there have been several other “accidental” conflicts with government forces.

This escalation of tensions is a result of a deadly and devastating sarin gas event which took place on Tuesday in the al-Qaeda-controlled town of Khan Shaykhun.  The attack killed 86 people, including women and children.  The release of the gas followed airstrikes hitting the town.

The West was quick to blame the attack on Assad’s government, and our media wasted no time in repeating the claim ad nauseam, without offering a shred of evidence other than “unconfirmed reports” and hearsay.

The problem with this is that it makes no sense.

As always, we must use our brains and ask who stands to gain from this.  Clearly not Assad; now he has to contend with direct US action against him.  If Assad’s regime is ultimately responsible for this gas attack, then all of his generals need to be immediately fired for gross incompetence.

Assad, whatever he may be (and I am no fan of him), is not a cartoon super-villain who enjoys slaughter for the hell of it.  There is no tank of sharks with laser beams attached to their (frikkin’) heads in his home in Damascus.  He does not tie people to railroad tracks and then run away twirling his mustache.  This is ridiculous.

The only logical explanations are A.) the one given by Russia:  that the Syrian air force hit a rebel-controlled warehouse containing gas weapons, which detonated; or B.) that this is a false flag carried out by the (U.S.-backed) rebels themselves, who are already cheering America’s entry into the war on their behalf.

Whether or not this attack was carried out intentionally with the intent to provoke a U.S. response, or whether it was a calamitous accident, the Trump administration moved immediately to use the tragedy as an excuse to begin bombing another country’s government.  Now we have damaged relations with Russia, and in the worst-case scenario, begun down the path to World War 3.

What’s this all for, you ask?  Well, the reason the US wants to topple Assad has to do with a pipeline many of our regional allies want built that Assad will not let pass through his country (also, the bombing has sent oil prices rising).  Him winning the war would put an end to these hopes, which we certainly cannot have.

Or maybe it’s just Trump being Trump…except that Hillary Clinton and the Democratic congressional leadership also support the bombings.

And if you don’t think your government would lie to you in order to go to war, Google “Gulf of Tonkin.” 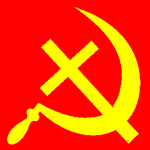 April 4, 2017
Christianity Created Capitalism. It Must Now Destroy It.
Next Post 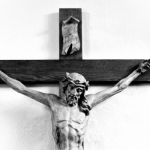