Christianity Created Capitalism. It Must Now Destroy It.

Christianity is an evolving, changing thing.  Scripture can be used to support or condemn slavery; it has been variously used to justify feudalism and monarchy as well as liberalism and capitalism; its various branches can be political or apolitical, liberal or conservative.

Like everything, these variations are a product of the historical and material matrix in which the drivers of Christianity have found themselves.  The beliefs most Christians (though not all) consider foundational were codified by an Emperor, and since then, orthodox Christianity has nearly always fallen in line with the ruling class and the status quo. 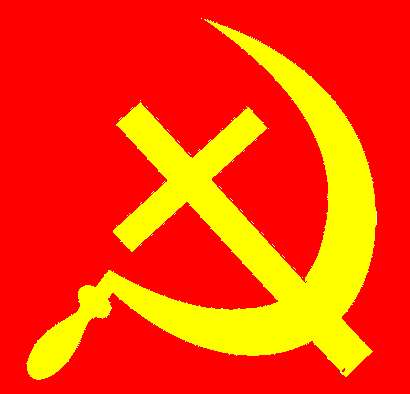 When the Catholic Church ruled Europe, kings had to kiss up to it for favor.  When Henry VIII found the Pope’s authority to be an impediment to his personal life, he declared himself the head of the Church of England.  The Eastern Orthodox churches, which operated for many centuries under Muslim rule, largely avoid politics.  In the United States, every single president aside from Kennedy has been Protestant, reflecting the majority of the population* (“Protestant work ethic,” incidentally, is often held up as the secret to the success of American capitalism).

These facts do not mean that Christianity is bad, wrong, good, or correct.  All they tell us is that since (at the latest) the time of Constantine, Christianity has proven itself adaptable to the various epochs of history.  It is, like all of history, dialectical.

But Christianity is more than responsive.  Towards the end of antiquity, Christianity was instrumental in ending slavery in Europe and the creation of a system of labor based on serfdom.  Several hundred years later, Christianity pushed the envelope again and created the next labor revolution:  capitalism.

In an oft-quoted piece in the Wall Street Journal from back in 1999, Michael Novak wrote about how the Catholic Church laid the foundations for the development of capitalism, even before the Reformation.  I apologize for the long quote, but it is quite necessary to understand Novak’s argument:

“The people of the high Middle Ages were agog with wonder at great mechanical clocks, new forms of gears for windmills and water mills, improvements in wagons and carts, shoulder harnesses for beasts of burden, the ocean-going ship rudder, eyeglasses and magnifying glasses, iron smelting and ironwork, stone cutting, and new architectural principles…

Without the growth of capitalism, however, such technological discoveries would have been idle novelties. They would seldom have been put in the hands of ordinary human beings through swift and easy exchange. They would not have been studied and rapidly copied and improved by eager competitors. All this was made possible by freedom for enterprise, markets, and competition–and that, in turn, was provided by the Catholic Church.

The church owned nearly a third of all the land of Europe. To administer those vast holdings, it established a continent-wide system of canon law that tied together multiple jurisdictions of empire, nation, barony, bishopric, religious order, chartered city, guild, confraternity, merchants, entrepreneurs, traders, et cetera. It also provided local and regional administrative bureaucracies of arbitrators, jurists, negotiators, and judges, along with an international language, ‘canon law Latin.'”

Novak goes on to discuss how the Cistercians, a millennium-old order of monks, were in essence the world’s first capitalists, and “became famous as entrepreneurs.”  He quotes another writer as saying that the Cistercians had “Protestant [work] ethic without Protestantism.”

*Also arguably excluding Jefferson, who was a Christian deist.

“Modern industry has established the world market, for which the discovery of America paved the way. This market has given an immense development to commerce, to navigation, to communication by land…The bourgeoisie has through its exploitation of the world market given a cosmopolitan character to production and consumption in every country…In place of the old wants, satisfied by the production of the country, we find new wants, requiring for their satisfaction the products of distant lands and climes. In place of the old local and national seclusion and self-sufficiency, we have intercourse in every direction, universal inter-dependence of nations.”

Indeed, read with horror the sneering chauvinism with which Novak describes worldwide European dominance as a result of capitalism:

No other part of the world outside Europe (and its overseas offspring) has achieved so powerful and so sustained an economic performance, raised up so many of the poor into the middle class, inspired so many inventions, discoveries and improvements for the easing of daily life, and brought so great a diminution of age-old plagues, diseases, and ailments.

The economic performance Novak is referring to involves increased population, lifespan, and wealth, praising capitalism’s ability to lift people out of poverty.  What he, and all other capitalists, fail to consider or admit is that under capitalism, raising some out of poverty always involves shoving others down into it through colonialism and imperialism.  The standard of living we enjoy in the West could not be maintained without unimaginable, desperate poverty in the manufacturing centers of Asia, or the theft of resources from Africa, or the brutal military invasions of the Middle East, or the manufactured political chaos of South and Central America.

No Christian of moral character can look at these facts and support capitalism.  Christians must truly ask themselves, what would Jesus do?

Looking to the Future

Christianity, as the world’s most dominant religion, has had a hand in shaping human history at every major turn since it became the religion of Rome.  But with Christianity weakening in the West, and the projection that Islam will overtake it as the world’s largest religion within this century, it is uncertain if Christianity will be able to play such a role again.

As we have done in the past, Christians have the power to helm the next worldwide revolution in the name of justice and the Kingdom of God.

Capitalism has outlived its usefulness and is quickly destroying the planet and driving billions into poverty.  Wealth inequality is long past unsustainable levels, and neoliberal capitalism is failing to provide economic security even to white people.

Long ago, a radical socio-political-revolutionary Jew had a dream of a new kind of world, a world without classes, a world without a State, a world without injustice.  This world would be brought about by a calamitous overthrow of the current world order; the lowly would be raised and the haughty struck down.

Am I talking about Jesus of Nazareth, or Karl Marx?  Both, in fact.

The equality found in Jesus’ free healing and eating, and echoed in the authentic letters of Paul – that is classless.  The phrase “Kingdom of God,” the rule of God and not man, the coin rendered unto Caesar – that is Stateless.  Jesus’s almost-countless invocations against wealth, against the rich, and in favor of the poor and destitute – that is anti-capitalist.

What are the Beatitudes if not the promise of hope to the poor and exploited?  What are the parable of Lazarus, and the warning that “many who are first will be last, and the last will be first,” if not religious expressions of Marx’s dictatorship of the proletariat?

All true followers of Jesus Christ must recognize that a system that lets millions die until it is profitable to save them is incompatible with the Kingdom of God and must be abolished.

We must take up our cross and follow Jesus down the path of revolution, of championing the oppressed against the powers of Caesar and Herod.  We must be willing to be crucified, as Jesus was.

The moneylenders are in the Temple.  It’s time to fashion a whip.

If you have any questions for me, about my personal life, communism/socialism, or Christianity, leave them in the comments and when I collect enough I’ll do a Q&A article! 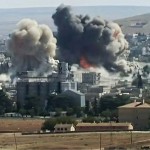 March 23, 2017
London Lives Matter 11 Times as Much as Syrian, Apparently
Next Post 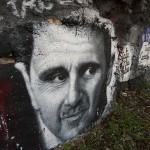