It’s almost hard for me to say what I like the most about A.J. Jacobs.

Or maybe it’s his sharp wit on NPR? His crowd-sourced advice column on Esquire.com? Or his enlightening TED talks?  It would indeed be difficult to choose if not for one small fact… The Year of Living Biblically was featured in the evangelical magazine Relevant AND Penthouse. That, my friends, is a man who knows how to bring people together!

So my hands-down favorite thing about A.J. is: he’s “a uniter, not a divider”. A.J. is turning his skills loose on the world with his latest quest: to build a family tree of the entire human race, then throw the biggest family reunion in history on June 6, 2015 at the New York Hall of Science.

(My second favorite thing about A.J.? He dreams BIG.)

The great news is that as members of the human family—and hence A.J.’s cousins– we are all invited to his Global Family Reunion bash, where we will discover cool cousins we never knew about, enjoy food, music and exhibits, and hear great speakers (like NPR’s Scott Simon, comedian Nick Kroll, President George H.W. Bush)— all while supporting the fight against Alzheimer’s. As soon as I heard about the Global Family Reunion (GFR), I was all in. I couldn’t think of a better way to break down religious divisions than to realize how closely related we all are, so I caught up with A.J. to take unity, diversity, a little religion and a whole lot of cousins:

Why a Global Family Reunion? I mean, I know you love being a human guinea pig, but this time you’re taking the rest of us with you!  Well, you’re family, so I felt it was only appropriate to take you all along. This project started because I got an email from a man who’d read one of my books. He said, “I have a family tree with 80,000 people on it, and you’re my 12th cousin.” At first I thought he was going to ask me to wire him money to a Nigerian bank account. But it turns out, he really is my distant cousin. There are now these massive family trees on the internet that are being built by thousands of people at the same time. And I mean MASSIVE. The biggest one – which I’m now part of – has 79 million people on it and is growing fast. That means I have 79 million kinfolk, some by blood some by marriage. And it’s pretty easy to join this tree, no matter what your background. I thought, with all these millions of cousins, why not throw a party? So that’s how I came up with the Global Family Reunion. I want it to be the biggest, most inclusive, most entertaining family gathering in history.

I’ve heard you refer to yourself as a “reverent agnostic” (a term I love, by the way). Has this project changed the way you look at religion or faith? I’m still a ‘reverent agnostic.’ One subject I’ve been thinking about a lot is creationism. I disagree with creationists on most things, but I do like the way they consider the world one big family. Maybe it’s easier for them, because in their opinion our family is only 6,000 years old. Scientists think the real Adam and Eve (they are referred to as Y-Chromosomal Adam and Mitochondrial Eve) lived about 100,000 to 300,000 years ago. We all have a bit of their DNA in our bodies. These weren’t the first humans, but they’re the ones whom we all descend from.

Much of the United States is in racial gridlock. How could your project help us overcome racism in our society? Well, I don’t think it’s going to solve it. But maybe it’ll nudge people toward just a bit more tolerance. It’ll drive home the fact that we share 99.9 percent of our DNA. A lot of the terrible things that have happened in history is because one group thinks another group is somehow sub-human. We can’t do that anymore. We’re not just the same species. We’re the same family.

When I first read about the GFR and your quest to help build the world’s largest family tree, my thoughts immediately went to global conflict. Does your project show that every war is basically a “civil war”? I love that idea. I hadn’t thought of it, but yes. Thank you cousin Reba for putting it so eloquently.  (You’re welcome. You may quote me.)

Have you learned anything about the evolution of faith or religion from the global family tree?  One idea that monotheism gave us is that we’re all God’s children. I love that idea. And I love the way early Christians addressed each other as ‘brother’ and ‘sister.’ I’ve started to do a version of that – calling everyone Cousin. Cousin Obama. Cousin Beyonce. You name it.

Well, people recovering from Post-Traumatic Church Syndrome might not like the Brother/Sister title, but I think we can handle Cousin!

You’ve stated that you hope this project will nudge people towards more tolerance. Do you think more awareness can lead to more kindness, and if so, how? I hope so. Now I’m not deluded. I don’t think that KKK members suddenly become best friends with their African-American cousins. But I do think it shifts your perspective. I’ll give you an admittedly trivial example. You know the TV personality Judge Judy? I always found her incredibly annoying and obnoxious. Then I found out she’s my eighth cousin. And it altered my outlook. Suddenly, I was thinking, “Maybe she’s not so bad. Maybe underneath that bluster she’s a sweetheart.” I know that’s a silly example. But I’ve heard of similar things happening to hundreds of other people who are building these trees. You start to see the world differently. I really want a psychologist to do an experiment to show that people treat distant relatives a little more kindly.

Have you come across any interesting connections between leaders of world religions? For example, I’d love to know the degree of separation between, say, Pope Francis and the Dalai Lama! We’re working on that! We’ll find a path soon. According to a statistical model by an MIT researcher, everyone on earth is a 70th cousin or closer. So the Pope and the Dalai Lama are certainly related, and I’m hoping they’ll come to the reunion. They could give a joint address!

Which cousins were you most excited to discover family connections with? I was thrilled to figure out I’m linked to Abraham Lincoln (he is my aunt’s first cousin eight times removed’s wife’s second great nephew. Practically my older brother!). And I’m a big Beatles fan, so I was happy to get all four of those. It’s not all good news, though. I also found out I’m related to Jeffrey Dahmer. But I would just add that’s through my wife’s side. No offense, honey.

What’s the best way for people to get involved in the GFR? It’s really easy to get involved. Just go to www.GlobalFamilyReunion.com and click “Join the Family.” You just have to send in your grandparents names and birth dates. We’ve got hundreds of volunteers working to connect folks to the Global Family Tree. I’d love to have folks at the reunion on June 6. But if you can’t make it, there will be satellite events around the country and world. So you can still sign up. I’m a bit biased, but I think it’s going to be a family reunion people will actually enjoy.

Well, I know I’m planning to enjoy it! (Though I’ll have to remember to ask A.J. if the event is BYOWine.) If you can’t make it to the big event, there will be satellite events all around the world. Just check out www.GlobalFamilyReunion.com for all the details.

Thank you, A.J., for talking with Patheos—and for giving me a legitimate reason to put Relevant and Penthouse in the same sentence.

But most of all, thanks for your work to make this world a more unified family.  See you on June 6, 2015! 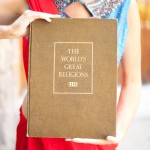 October 3, 2014
Christianish: Or, What Yom Kippur Taught Me About Post-Traumatic Church Syndrome
Next Post 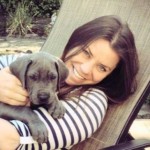 To Those Christians Who Say, "God...
The Official Blog of Benjamin L. Corey
Related posts from Post-Traumatic Church Syndrome 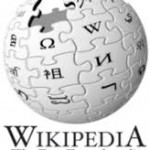