#Loser: How the Call of Christ Is Antithetical to Trump’s Gospel

Donald Trump’s Gospel is as follows: success means being dominant over everyone else, at all cost; the only true happiness in life is being able to be a winner, not a #loser.

To tell what a person values, we must see what he treats with disgust. And over and over again, President Trump has shown that what matters most to him is domination, winning, and success. Recognize any of these?:

“a complete and total disgrace”

“the entire world WAS laughing and taking advantage of us”

Then there is the boasting, even oftentimes speaking untruths, because every interaction and gathering and situation must convey “winning.” To not win is like death itself. (This is certainly not a viewpoint limited to the President, but he has taken it to new extremes.) So we have phrases like these:

the greatest in the history of …

I was a great student

I went to the Ivy League

While politics has always been a dirty business, and money and power have always corrupted people, our President professes to be a Christian. Worse, one of his most reliable support bases is white evangelical Christians. And yet, rarely, if ever, do I hear his white Christian supporters do anything but egg him on as he places power and dominance above anything else. It’s not just that they tolerate his rude, self-centered words; many of them actually like those words.

They like that someone is sticking it to the Man, dominating those who they perceive as having dominated them. They don’t really care that much how the President goes about it. Humiliation, insults, boasting, and untruths are all fair game, excused, or denied because what really matters to all too many Christians is winning.

Jesus Christ Was a #Loser

Well, if so, Jesus Christ was the greatest low-ratings #Loser of all time. 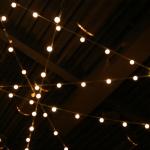 October 20, 2017
Conflict and Challenge, instead of Cheap Grace
Next Post 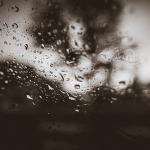 November 9, 2017 Our Response to Sexual Abuse Should Not Be a Partisan Sport
Recent Comments
0 | Leave a Comment
Browse Our Archives
Related posts from Rebecca Florence Miller