“Evil,” a new show premiering on CBS this fall, stars Katja Herbers and Mike Colter as investigators working together on cases of possible demonic possession and miracles. Colter, who played the title role in Netflix’s Marvel show “Luke Cage,” has a history with miracle stories, most recently appearing in the faith-based drama “Breakthrough.” He plays David Acosta, an investigator hired by the Catholic Church, who recruits expert witness and psychologist Dr. Kristen Bouchard (Herbers). The show was created by Robert and Michelle King (“The Good Wife”).

The newly-released preview trailer gives an overview of the pilot episode, premiering Sept. 26. It also introduces Michael Emerson (“LOST,” “Person of Interest”) who does what he does best; portraying a mysterious sinister figure. We also see a demonic figure that may or may not be a figment of the doctor’s imagination.

I’ve seen the pilot episode and I’ll share more thoughts in detail later, but I’m definitely interested in seeing how future episodes play out, especially those focusing on miracles. My guess is with a title like “Evil,” however, the team will explore the darker side more often than not. “Touched by an Angel” it probably won’t be. What do you think?

August 22, 2019 How Prayer Laid the Foundation for ‘Overcomer’
Recent Comments
0 | Leave a Comment
"Welp, I won't leave a spolier... but the final minute of last night's episode was ..."
𝓒𝓪𝓻𝓻𝓲𝓮✓ᵛᵉʳᶦᶠᶦᵉᵈ🇺🇸 𝐏𝐬𝐚𝐥𝐦 𝟏𝟎𝟗:𝟖​ Good Vs. “Evil” and the Unexplained ..."
"With fewer than 18% of American citizens of all ages going to church in any ..."
rationalobservations? Will Audiences Embrace Kanye West, the ..."
""There are things that you cannot prove but they exist."The good news is that G-d ..."
klatu Rob Schneider and Wife on the ..."
"This movie is 100% anti-religion. There's no other way to see it."
Ben Miller Review: ‘Smallfoot’ Not Anti-Religion but Anti-Groupthink
Browse Our Archives
Follow Us! 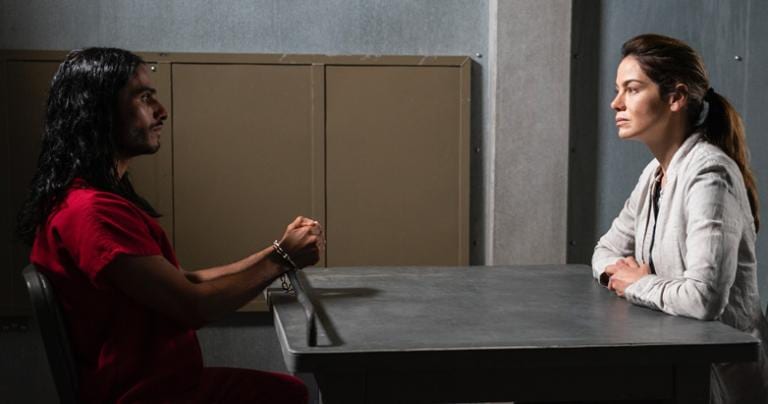 Entertainment
Could He Be the 'Messiah'? Show Creator Looks...
Reel Faith