Synopsis: Steve loves all three of his daughters – but does he really know who they are? Discover the heartfelt journey of a dad who is desperately trying to hold onto his little girls but learns he must give up control and trust God with their future. Watch the movie inspired by Dr. Meg Meeker’s best-selling book, “Strong Fathers, Strong Daughters.”

Unlikely Angel – available on August 26 through 2022

Synopsis: Janie rules the boardroom but is falling apart at the thought of becoming a mom. When she leaves her newborn and husband to get to a business meeting, the angel Gabe intervenes and shows her what it would be like to miss the milestones. Can Janie learn how to trust God and move forward?

Based on the true story of the Beam family.

Synopsis: When Christy discovers her 10-year-old daughter Anna has a rare, incurable disease, she becomes a ferocious advocate for her daughter’s healing as she searches for a solution. After Anna has a freak accident, an extraordinary miracle unfolds in the wake of her dramatic rescue that leaves medical specialists mystified, her family restored and their community inspired.

Inspired by the real-life story of salesman-turned-pastor Michael Spurlock.

Synopsis: All Saints is the tiny church he is ordered to shut down and a group of refugees from Southeast Asia inspire him to build a farm around it instead. While developers eagerly eye the property and the congregation mourns the inevitable, Michael and his family look forward to moving on to an established church where they can put down roots. But when the church hesitantly begins welcoming Karen (kuh-REN) refugees from Burma—former farmers striving for a fresh start in America—Michael feels called to an improbable new mission.Toiling alongside the Karen people, the congregation attempts to turn their fertile land into a working farm to pay the church’s bills and feed its newest people. Jeopardizing his family’s future by ignoring his superiors, Michael must choose between completing what he was assigned to do—close the church and sell the property—or listening to a still, small voice challenging the people of All Saints to risk it all and provide much-needed hope to their new community.

August 4, 2022
What Christians Can Learn from the New Ron Howard Drama ‘Thirteen Lives’
Next Post

August 10, 2022 Kathie Lee Gifford to Release Passion Project, the Biblical Musical 'The Way,' on Sept. 1
Recent Comments
0 | Leave a Comment
"Oh yes, I'd look forward to a reboot of the show! I watch it religiously ..."
David Rofulowitz What about a ‘Touched by an ..."
"Loved watching this show!"
Denise The Soul of Gospel Music Explored ..."
"OMG! A Touched by an Angel reboot would be amazing! Loretta Devine would be a ..."
Carmalita Smith What about a ‘Touched by an ..."
"You know in the old days, they use to accuse young girls who 'see things' ..."
Dimitri First Look: Mira Sorvino, Peter Coyote, ..."
Browse Our Archives
Related posts from Reel Faith 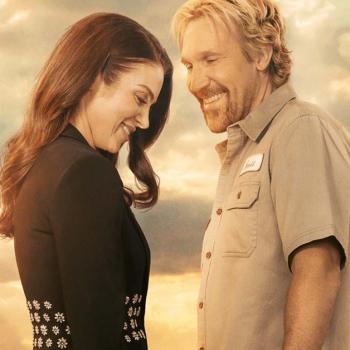