Christianity and Culture in the 2016 Election

Christianity and Culture in the 2016 Election June 14, 2016 Guest Contributor 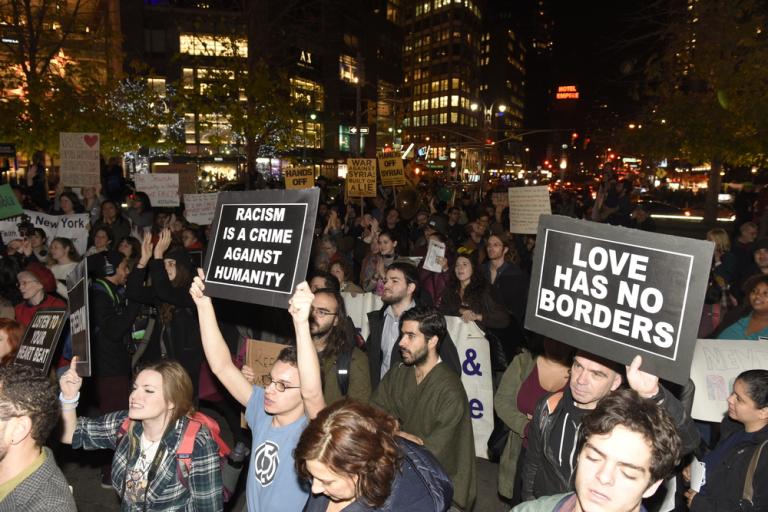 Election years reveal much about American culture that otherwise lies hidden from view. The 2016 presidential contest has been especially revealing, exposing a modern-day form of tribalism that afflicts Americans across the political spectrum.

One essential trait of tribal affiliation is establishing social borders: line-drawing, “us” versus “them,” “our people” against “not our people.” In the American political arena it has devolved into nasty and distasteful campaign smears that purposely vilify opponents in shameless campaigns of self-promotion. The pompous posturing is as tiresome and repugnant as it is effective.

The posturing reflects the “culture wars” being fought around the country. Enlisting support from a gullible and disaffected public with their own versions of what would make America “great” (again?), politicians blast away at opponents they characterize as either unpatriotic or just plain bad people (liars, crooks, elitists).

People of faith have been sucked into the fray because religion and culture so easily intermingle, becoming indistinguishable to all but the vigilant. Religious culture always and everywhere equates God with one’s own country, politics, and way of life. He/She/It happens to see things the same way as “our people.” Who better than the Almighty to legitimize one’s personal agenda?

The delusion emerges from deep within the recesses of human nature, where we are all vulnerable to dutifully lining up behind tribal alliances that see the world in terms of “me and my people” versus “those other folks.” Exactly where we draw the lines—geographic, political, religious, or racial—are determined by our often unexamined ideologies. And those ideologies are a by-product of our cultural heritage and personal preferences.

Shoving people into categories is definitely practical. It helps us negotiate our way through life. However, when we also attach negative values to those “others,” it justifies treating them badly, even inhumanely. History is laden with tragic examples. One traditional Arab proverb captures the mindset: “Me against my brother; me and my brother against our cousin; me, my brother, and my cousin against the stranger.”

So where does Jesus fit into all this? For the 70 percent of Americans who identify as Christian, you’d think his life and teaching might have some bearing on their ideology and political involvement. But Christians are divided politically and often seem to encourage what has become an atmosphere of constant disparagement of their political counterparts.

One thing is perfectly clear: Jesus was not a line-drawer, but a line-eraser.

As the Jesuit writer Richard Rohr put it in Jesus’ Plan for a New World, “It was not because he walked around saying ‘I am God’ that Jesus was crucified,” but because his teaching, healing, and miracles “were a rearranging of social relationships and therefore of social order.”

Jesus honored the poor, declared the last would be first, and privileged peace-makers over power-brokers. His proclamations made plenty of folks wince at the possibly that God was passionate about those at the bottom of humanity’s infamous heap—the desperate and despised—and was actively doing something about it.

Jesus upended the ideological world of his day. He welcomed the ostracized into divine favor by tearing down culturally-constructed walls of exclusion. Every facet of his life and teaching was marked by radical inclusion. Previously despised and disgraced “others”—Samaritans, prostitutes, lepers, tax-collectors—were welcomed as “one of us.” Such social rearranging posed a huge threat to every civil and religious structure built on power, pride, and privilege.

The very lineage of Emmanuel (“God with us”) shouted inclusion. There was a harlot, a murderer, a Moabite, and his own admixed and one-time ostracized tribe of Judah.

The God-man was poor, rural, “uneducated,” and infuriatingly uncontrollable by the social and religious hierarchies he threatened. His life and teaching boldly announced that the old-world order with its self-serving favoritism and tribal allegiances had been put on notice. A new order had come and the old would never do again.

Yet how does that new vision figure into our contemporary politics and the divisive and demeaning squabbling that has engulfed Americans? People of faith must step up and hold both ourselves and those who endeavor to lead our country to higher standards. That entails dropping our own prejudices, grievances, and self-serving agendas.

It is now a prophetic moment in our nation’s history, and believers are called to prophesy.

It is incumbent upon people of faith—citizens and politicians alike—to prophetically inspire one another to embrace a central tenant of Christianity and many other religious traditions: the glorious notion that we are all children of one God, in whose ineffable image we each one are lovingly fashioned. Such an acknowledgement merits unstinting love and respect toward one another, in politics as elsewhere. No exceptions tolerated.

By contrast, when we define ourselves by what we are against, we unwittingly jettison faith, writing off God. For Christians, it breaks every command Jesus issued about loving self, neighbor, and enemy. An identity formed in opposition to others often generates fear, hatred, violence, and soul-deadening calls for retaliation toward everyone beyond “the line.”

Patriotism becomes but a cheap mask for xenophobia. Pride and arrogance parade as strength and resolve. And God gets domesticated into some trivial tribal deity whose sole purpose is to legitimize human shortcomings.

Christianity—and religion in general—teaches that one can love one’s country without hating others. As the inimitable Spanish cellist Pablo Casals put it, “The love of one’s country is a beautiful thing. But why should love stop at the border?” When we endeavor to love beyond “our people,” including our declared enemies, we come to realize that the darkness we wrongly impose upon others has been inside us all along.

For faith and culture to happily coexist, faith must unfalteringly lead the way. American politics has obviously got it the other way around, to the detriment of the political process and every American caught up in it. A vision of America’s greatness, which so many politicians hollowly promise to deliver, must take on a radically different form.

For Christians, the perceived greatness of our country must never be measured by its military and economic strength, but by how it treats the most vulnerable and powerless in our midst. That includes minorities, people of other faiths, opposing political parties, other genders—indeed, all “others.” It necessarily includes those outside our borders and those who, with great struggle and sacrifice, come to this country borne upon tragic pasts remolded into faith-filled hopes for a better future.

As with nature, we will find strength in diversity. Our country’s greatness lies in our collective celebration of that diversity and our kind and generous treatment of one another. To embrace such a vision not only makes us more fully American, but more fully human—all the while honoring the One whose luminous presence shines forth through one and all. The hallmark of God’s Kingdom is unstinting love and acceptance.

If our politicians, who perfunctorily ask God’s blessing on America, fail to understand the importance of this truth to both God and man, we the electorate, for the sake of the country and God we all purport to love and serve, must, with unflinchingly resolve, insist that it become part of the narrative of this otherwise profoundly uninspiring election campaign. 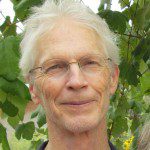 Jim Rotholz, PhD, spent five years working in missions and international development in Nepal and East Africa, and served a brief tenure as Assistant Professor in the Department of Anthropology at Washington State University. His most recent book is Gospel Without Borders: Separating Christianity from Culture in America (Wipf and Stock, 2015). He has two grown children and currently lives in northern New Mexico with Louise, his talented and adventurous wife of 37 years. 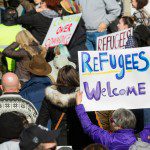 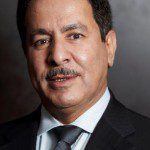 June 14, 2016 Why Humanitarian Efforts Need Religious Leaders and Interreligious Dialogue
Recent Comments
1 Comment | Leave a Comment
Browse Our Archives
get the latest from
Religion Now
Sign up for our newsletter
POPULAR AT PATHEOS Public Square
1

One response to “Christianity and Culture in the 2016 Election”