Are Reports of the Death of the Gospel of Jesus’ Wife Greatly Exaggerated?

Are Reports of the Death of the Gospel of Jesus’ Wife Greatly Exaggerated? September 26, 2012 James F. McGrath

More and more people, including scholars, seem to be increasingly confident that the Coptic papyrus fragment referred to as the “Gospel of Jesus’ Wife” is a modern forgery or fake. See for instance the blog post by Alin Suciu and Hugo Lundhaug. Craig Evans is among those saying that the Harvard Theological Review has decided not to publish Karen King’s article on the subject. Charles Halton also comments on that topic. UPDATE: Brian LePort has since linked to Daniel Burke of the Religion News Service who claims that the article has not been rejected. Brian LePort and Leroy Huizenga, however, raise important questions about whether bloggers – even scholarly ones – may be too quickly drawing conclusions based on partial evidence. And Michael Peppard has a piece in Commonweal expressing reservations about Francis Watson’s arguments and conclusions. (See too his article in the Washington Post.) I have had many of the same concerns. The arguments suggesting that the fragment may be pieced together from words and lexemes from the Gospel of Thomas sounds plausible, at first. But one could easily argue that any fragment of the blog post that you are now reading was strung together by taking words and word stems from some article on the subject and adapting them to create a new article. That is what texts look like, and this is how languages work, by using terms that have wide currency. We should not be surprised, particularly if the author of the Gospel of Jesus’ Wife used the Gospel of Thomas and other texts when composing his or her own work, to find some points of agreement. One can go too far in the direction of assuming that common lexical features indicates derivation. One of my recent blog posts about Doctor Who, for instance, could well have been created largely using raw materials from the Bible. The reference to the woman with an issue of blood who consulted doctors could have provided the word “Doctor” with the plural ending dropped off. Then I perhaps took the “who” from “Whosoever does the will of my Father…” And the references to time travel could derive from Revelation’s “time, times and a half” combined with the verb in Revelation 18:17. But that isn’t how any of my blog posts have been created. And so hopefully this gets the point across that common vocabulary is not necessarily evidence of a forger grabbing lexical bits and pieces from a modern critical edition of a text. It could also simply indicate that they were using the same words in the same language. Elsewhere online, Time has an interview with Karen King. And Joel Watts and Jim West also comment on scholarship in an internet age. Caryn Riswold hopes that Jesus had a wife, and explains why. Mark Goodacre and David Meadows have round-ups with comments. I should perhaps add that personally I don’t think that Karen King acted at all inappropriately in how she proceeded. She issued very clear and cautious press releases so that, as she began to present her work on this papyrus to a scholarly audience, it was not left to rumor mills to take over.

In other news, Life and Land blog has a piece on another artifact and the question of its authenticity, and Fox News has a report about ancient “cult fiction” in Egypt.

UPDATE: James Tabor shared a link to this post with some comments, while Joel Watts linked to a Christian Post article emphasizing Karen King’s own doubts about the authenticity of the fragment.

September 26, 2012 The Gospel of Jesus' Wife at SBL in Chicago?
Recent Comments
21 Comments | Leave a Comment
"Under the old covenant (ten commandments), people were (and still are) racists and sexists. For ..."
Herrnhut Was Jesus a Racist?
"Reconciliation is a two-way street, restoring a broken relationship between two people. God does indeed ..."
Iain Lovejoy Forgive Us Our Debts, Not Repay ..."
"Excellent. God is not, and does not want to be, an accountant; keeping a ledger ..."
Harvey James Johnson Forgive Us Our Debts, Not Repay ..."
"Don't confuse forgiveness with reconciliation. Jesus tells us to forgive people who sin against us, ..."
Derek Thompson Forgive Us Our Debts, Not Repay ..."
Browse Our Archives
get the latest updates from
Religion Prof: The Blog of James F. McGrath
and the Patheos
Progressive Christian
Channel
POPULAR AT PATHEOS Progressive Christian
1 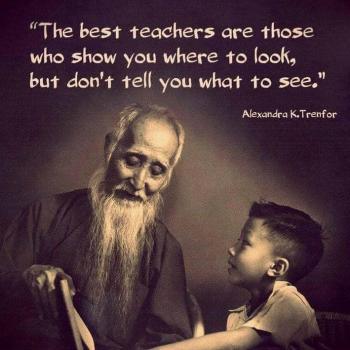