Gospels and Other Ancient Texts in the Blogosphere

There have been several interesting posts related to the study of the Gospels in recent days. 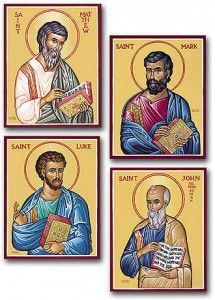 Mike Kok blogged about the old form critical view of the Gospels as sui generis.

Tim Lewis mentioned an article by Kyle R. Hughes (available online) about the possibility that the Pericope Adulterae could be from the L source. That suggestion could fit nicely with Dennis MacDonald’s view of the Synoptic problem.

Mike Kok also drew attention to a new blog, Gospel Renegades. It features three Classicists blogging about the Gospel of Mark in particular.

Joshua Paul Smith continues blogging through his thesis on the Gospel of Luke.

Adela Yarbro Collins reflects on her career as a New Testament scholar.

Rick Sumner interacted with my own recent contribution to Pooh studies.

Larry Hurtado blogged about a conference he attended on the subject of Scripture in early Christianity.

Tim Gombis continues exploring the possibility that Philemon and Onesimus were literally brothers.

The STEP online Bible was released.

Connor Wood asks (is this contrary or unrelated to other recent studies about a surge in liberal and progressive religiosity?) about mainline Protestantism dying. (See also Kim Fabricius’ funny reworkings of the Apostles’ Creed – including for liberals.)