Why Are There Millions Of These?

Why Are There Millions Of These? February 3, 2014 James F. McGrath

Patheos Explore the world's faith through different perspectives on religion and spirituality! Patheos has the views of the prevalent religions and spiritualities of the world.
Someone drew this image to my attention on Facebook: 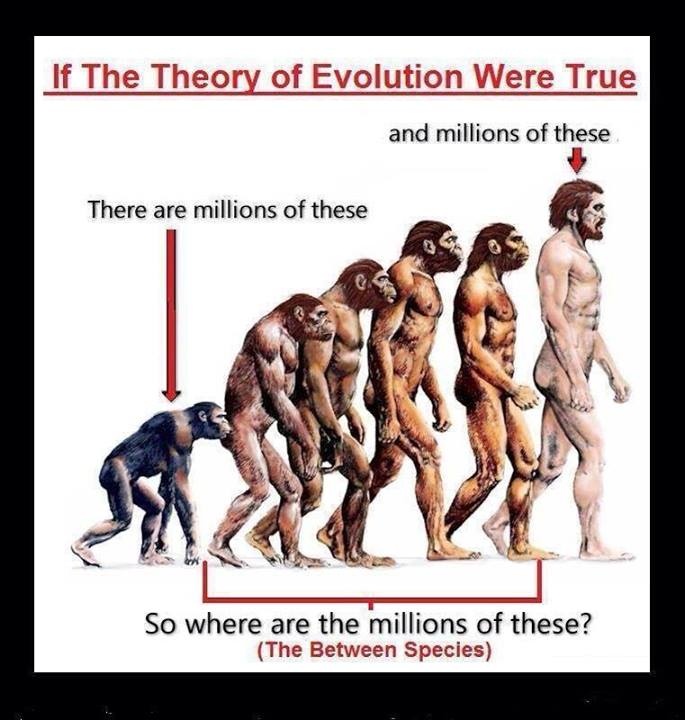 It led me to ask why there are millions of Christians who are so poorly informed about basic science, that they think that evolution is about our having evolved from modern-day monkeys. Why are there millions of Christians who are happy to take an adamant stance about a subject that they should have flunked in high school if they gave these sorts of erroneous answers, and to think themselves smarter than the world’s scientists despite their being badly misinformed?

Yet even if one talks about the actual common ancestor of modern chimpanzees and humans, it is not at all true that we do not have s0-called “missing links.” Why do so many Christians think otherwise? There is a great illustration on TalkOrigins of how young-earth creationists dupe the gullible into believing that sort of nonsense. When it comes to the actual fossil evidence, the creationists will arbitrarily insist that fossils fall neatly into the category of “ape” or “human.” Yet they can’t seem to agree which! Even so, because those who fall for young-earth creationist lies follow their cult leaders unquestioningly and never fact-check their claims, these contradictions never get noticed.

Imagine if someone called Old English and modern English different species – sorry, “kinds.” They could then insist that there are no intermediate forms and put every text between then and now arbitrarily into the “Old English” or “modern English” category. But an actual examination of the texts would show a gradation between the two, showing how the one evolved into the other. The fossil evidence shows the same thing – and the genetic evidence confirms it.

February 4, 2014 Using the Bible Wrong
Recent Comments
72 Comments | Leave a Comment
"I remember asking the question when I was in high school and we sang about ..."
M Wolf Biblical Allusions in “We Are The ..."
"I think that the worn-outness of Star Wars bumping into the shiny newness of Star ..."
James F. McGrath Star Trek/Star Wars Crossover?
"I think the biggest barrier to a wars/trek crossover is that in starwars the future ..."
Neil Brown Star Trek/Star Wars Crossover?
"But aren't you assuming that there was only one uniform self-replicating form of Christianity? And ..."
robrecht The Aims and Ending of Luke-Acts
Browse Our Archives
get the latest from
Religion Prof: The Blog of James F. McGrath
Sign up for our newsletter
POPULAR AT PATHEOS Progressive Christian
1