First and Latest Doctors (by way of #4)

I am overdue to share the trailer for this year’s Doctor Who Christmas Special, which will have the title “Twice Upon a Time.” I am very disappointed that it doesn’t seem to continue the running gag in which an earlier Doctor steps into the different TARDIS control room and says, “Oh, you’ve redecorated! I don’t like it.” But I am excited to see what happens when the show brings back the First Doctor. I didn’t find the performance by Richard Hurndall in The Five Doctors entirely compelling – at least not with hindsight, once I had seen episodes with William Hartnell in the role. Having discovered the show in the Peter Davison era, I am among those who didn’t see early episodes until relatively late. On the other hand, I thought that David Bradley did an incredible job not only of being the First Doctor, but also of being William Hartnell, in “An Adventure in Time and Space.” I can’t believe that I never reviewed that special more fully, given how powerful and moving I found it. But it did air during AAR/SBL, and so I struggled to find a way to watch it and the 50th anniversary episode, never mind blogging about either of them. I wonder whether an older post has been truncated, or that is really all I wrote. Either way, I highly recommend that recreation of the show’s beginnings and the people involved with it. And as some of you may recall, I predicted that the exit of Peter Capaldi would involve an encounter with his original self. And so I am understandably very curious to see whether some other details of my speculations were even close to being on target. What do you expect to happen in the Christmas episode this year?

Also, let me offer a belated 54th anniversary to the show, with help from Tom Baker and the BBC (HT IO9). 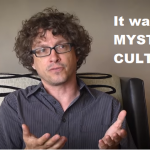 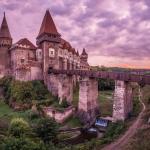