Doctor Who: Can You Hear Me?

The episode begins even before the opening music sequence with a scene placed in Aleppo in 1380. Setting the story in Syria during the Islamic era provides an opportunity for the Doctor to make passing reference to the enlightened approach to mental illness that Muslims took, as she finds herself in one of the world’s first hospitals. But it is almost deserted, and she soon learns why.

The episode features a being called Zellin and another called Rakaya who turn out to be a pair of eternals, beings that are godlike and in at least some instances have achieved a mythical status even among the timelords. There is a reference back to the episode The Celestial Toymaker (which you’ll undoubtedly want to read or reread my blog post about). Here’s a relevant bit of dialogue:

“We immortals need our games, Doctor,” Zellin says. “Eternity is long and we are cursed to see it all.”

He continued: “The Eternals have their games, the Guardians have their power struggles. For me this dimension is a beautiful board for a game… the Toymaker would approve.”

That was the first episode to feature a godlike being, but it would be the first of many. “Can You Hear Me?” mentions that Zellin was “thought to be a god” and then goes on to talk about two planets that he and Rakaya made their playthings. They were worshipped as gods by the inhabitants, and wagered which could destroy a planet first. The inhabitants of the worlds eventually grew wise and fought their so-called gods. Eventually they found a way to imprison Rakaya for eternity, but apparently not Zellin. He then hijacked the Doctor’s instinctive compassion to get her to free his fellow eternal.

Zellin gives voice to the perspective he has on human beings: He says they and their world are so small, and describes them as “infinitely fascinating” and at the same time “infinitely pathetic.” He says that humans are set apart by the cruelty of their own minds directed at themselves. The Doctor defends them by saying that precisely because of this characteristic, and the fact that they confront their fears, human beings are magnificent.

There are amusing references to time travel in the episode, as Graham mentions that travel helps him not to live in the past, and as the Doctor returns them to the right planet in the right location at the right time – except that they are 77 hours late.

There are quite a lot of details that are worth noting. The character of Tahira is intriguing but underdeveloped. It is a nice touch that the Doctor instinctively speaks to her companions before remembering that she is initially on her own. The simultaneous phone calls from all of them are also a nice touch. We’ve seen the telepathic circuit before, and so one wonders whether that plus the reference to the “timeless child” connects the episode with the brief depiction of the Doctor as a time lord on Gallifrey in “Listen.” The TARDIS saying that the strands of fur the Doctor analyzes are from a creature that doesn’t exist indicates their origin in nightmares, with dreams and nightmares having features in a number of episodes of Doctor Who that have either a direct connection or at least an echo with this episode.

The line that Zellin utters, “Even gods need a helping hand, Doctor,” seems especially noteworthy to me. Eternals are gods with a lower-case ‘g,’ They are not ultimate, nor are they all-powerful. Historically, gods never were. Be that as it may, if they can be defeated by the Doctor, does that elevate her to a divine or quasi-divine status? One is (or should be) reminded of Gnosticism, which elevates human beings above the gods that enslave them.

The boredom of eternity is also an interesting theme. Zellin’s statement that the mother is not telling the truth when she says the bogey man isn’t real reminds one of the Doctor’s statement that “monsters are real” in “The Night Terrors.”

G.K. Chesterton famously said, “Fairy tales do not give the child his first idea of bogey. What fairy tales give the child is his first clear idea of the possible defeat of bogey. The baby has known the dragon intimately ever since he had an imagination. What the fairy tale provides for him is a St. George to kill the dragon.” Some may be more familiar with Neil Gaiman’s paraphrase of it, “Fairy tales are more than true – not because they tell us dragons exist, but because they tell us dragons can be beaten.” I suppose the interesting question is what it means when it turns out that they monsters and bogeys of nightmares are gods (at least so-called gods), and Doctor Who tells us that they may be real, but can be defeated…

What do you think of this episode, with its historic question mark that seems to therefore invite us to respond to it not just by exploring answers, but also (perhaps more importantly) by asking further questions? 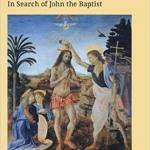 February 11, 2020 Review of The First Christian Believer
Recent Comments
6 Comments | Leave a Comment
"Shiffman's quip about Gnostic synagogues seems an unreasonable response to your thesis - the earliest ..."
Mark Enoch Seminar 2020 #OriginsOfEvil2020 Day 4
"That's an interesting alternative. Personally, I have even more problem with the idea that only ..."
James F. McGrath Understanding Whiteness
"Thanks for sharing these resources! Resmaa Menakem talks about "people of culture" which feels helpful ..."
Lyndsey Understanding Whiteness
"‪Jacqueline Hill is so brilliant in this. Lexa could have been just an evil priestess ..."
Nathan Doctor Who: Meglos
Browse Our Archives
Follow Us!

I Approve This Message
Campaign season is here. Presidential campaigns begin on January 21st of the...
view all Progressive Christian blogs
What Are Your Thoughts?leave a comment
Copyright 2008-2020, Patheos. All rights reserved.