I have said more than once that I think there should be musical exploration of the stories of women who made an impact on Jesus, who are the focus of the chapters of my book What Jesus Learned from Women. It turns out that there are more works along these lines than I was aware of! Of course I was aware (and had shared previously) some songs that relate. But there are a number of chancel operas (small-scale operas composed with a view to their being used in churches) by Susan Hulsman Bingham that I hadn’t heard until recently, even though I was aware of her treatment of the story of David and Jonathan in this format. Here is a YouTube recording of her treatment of the story of the Syrophoenician woman:

You can also hear her sing an aria from her chancel opera about the woman caught in adultery, and a really interesting exploration of the parable of the unjust judge.

Have a listen to her setting of Psalm 23 as well.

Here is some more biblical music for you to enjoy:

Julia Perry, How Beautiful Are The Feet

Arvo Pärt, And I Heard A Voice

On Haydn’s setting of Psalm 19:

Your Psalms Are Too Loud – And So is Your God

Bob MacDonald on Psalm 1 (including the music of the Psalm with a performance, a recurrence table, the relationship between the singular and plural in the lyrics, and connections with Joshua 1), the music of Psalm 2 (with recurrence table comparing it with Psalm 1), Psalm 3, Psalm 4, Psalm 70, and an ancient Hurrian song. By the time I share his posts there’s usually more on his blog…

Song of Songs: Sacred or Secular? 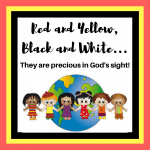 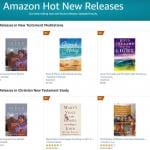 March 15, 2021 What Jesus Learned from Women: First Amazon Review!
Recent Comments
0 | Leave a Comment
Browse Our Archives
get the latest from
Religion Prof: The Blog of James F. McGrath
Sign up for our newsletter
POPULAR AT PATHEOS Progressive Christian
1