The following is an unedited excerpt from my upcoming book “Nomad: Not-So-Religious Thoughts on Faith, Doubt, and the Journey In-Between”

Have you ever gotten lost? The wide range of emotions that one experience when you realize that you’re is lost is quite fascinating. Sometimes, depending on the circumstance, the feeling is one of thrill- adrenaline begins to course through your veins and you begin to consider the various ways you might get out of your predicament. Other times, discovering that you’re lost can lead to sheer terror. Most of us can remember a time when we were children when we thought we were lost. Perhaps it was in a grocery store and you got separated from your mother as you shuffled through crowd of people. The moment of shock when you realized that you were separated from your mom, the source of safety, security, and provision, likely caused you to burst in to tears.

I remember a time when as a young boy I convinced my friend Tyler to sneak away from my backyard and go all the way around the block- forbidden territory for us in those days. I told him that I had seen giant lizards roaming just one street over and that if he came with me, we could go catch one. Tyler eagerly agreed to come with me to hunt down one of these slimy monsters and we booked it up the street and around the corner. Once we got to the next street over we discovered that no such lizards existed- we were both pretty disappointed. After our profound disappointment wore off, we realized that we didn’t know how to get back home. (Now, don’t ask me how this was the case. We we’re literally one street away from our houses…but somehow, we forgot.) Fear and panic set and we racking our brains to figure out how we could get back home. Within a few minutes, a car came barreling down the road, beeping loudly at us. It was my mom, and boy did she look angry. But even knowing that I was about to get in a load of trouble, seeing my mom come around the corner in her car was such a relief. I was found.

As I have grown, I’ve come to discover that I seem to have a strange tendency to get myself lost. Both literally and figuratively. I am not the guy you want giving you directions as you’re driving through the busy streets of Chicago, and I am also the guy who cannot remain in one system of theology or in one denomination for more than a few years before I get restless and am off around another corner, searching for new giant lizards to discover. Some may see this as a weakness. Others may diagnose it as ADD. I, on the other hand, have come to embrace it as a gift. It’s because my tendency to get myself lost that I continually have new opportunities to find and be found. Allowing myself to wander off into the vast jungles of religion and spirituality has often led to me stumbling upon life altering new ways of thinking, living, and being, ways that have amplified my faith tremendously.

What’s really ironic, however, is that along with my gift of getting lost, I have long sensed a calling from God to be a Pastor- a spiritual shepherd of sorts. (God really does have a sense of humor!) How could these two gifting’s fit together? Actually, I have discovered, quite well. Too often in Christianity we equate wandering with negative categories like eternal damnation, deception, and going “astray”. We have often stigmatized those who wander from our group as weak and easily deceived. But what if we’ve been wrong? What if ones tendency to go wander off is truly a gift? What if the driving force beneath the curiosity that leads a person to wander off the beaten path is not immaturity, but the wild, untamable Spirit of God, drawing them into the foliage to be refined, to discover fresh insights, and pioneer a new way forward for a new group of people? That’s how I have come to understand my life and my calling. I have come to appreciate and not fear getting myself lost. In my disorientation, I am forced to attune myself to the gentle breeze of God’s Spirit and allow myself to be moved into new, unexplored territories. Sure, it’s scary sometimes. Uncomfortable most of the time. But it’s always rewarding.

Many who watch my spiritual journey from a distance have consigned me to the category of “lost”, as if that were a bad thing. But it’s only when we allow ourselves to get lost that we can have the opportunity to find and be found. Many people in our churches take great pride in the fact that they’ve been “found” by God and firmly plant their feet into the ground, refusing to move. We often look at those people, the unmovable pillars of our community, as valiant and honorable. We admire their lack of questions and uncertainty a wise and desirable. Many of us desperately seek to be people who “stand firm”, which really just means pretend like we know it all because if were honest, we know that no one who thinks they’ve got life figured out actually has anything figured out. Many people spend their lives gripping on to the certainty and satisfaction of being among the “found” ones and miss out on the vast world of possibilities that there is to explore.

Being confident in one’s faith is not a bad thing. That’s not at all what I am suggesting. But what I am saying is that those who are confident are often those who don’t have any fun. They’re the ones who stay in the backyard, just like mom told them, instead of going to explore for lizards the next street over. If they’re not willing to explore beyond the realm of their safety, certainty, and comfort, they will never know if there really are any lizards or not. In our increasingly interconnected world (thanks to social media), more and more people are discovering the thrill of exploring the wide array of ideas, beliefs, practices, doctrines, and spiritualties that there are to explore within our world. Many people are leaving the safe confines of the faith of their upbringing and are roaming the streets, looking for and often discovering, new and innovative ways of expressing their devotion to God. This isn’t a symptom of unfaithfulness, rather, I believe it is a fresh movement of God’s Spirit. As a new generation of Christians are taking to the streets of the world, looking for signs of God’s movement in the most unlikely and unexpected places, we are discovering that the God that we worship is much bigger than we once expected. That Jesus is actually “alive and active” as the Apostle Paul says in the book of Ephesians 4:12, in places we never thought he would show up.

But in order to discover his work in these unexpected places, God requires us to wander beyond our comfort zones in to uncharted territories…

[Kind of an abrupt ending, I know. But I’d love to hear your thoughts on this small chunk of writing!]

August 17, 2014
Dear Western World, Islam is NOT Behind ISIS (Interview with Dr. Scott Alexander)
Next Post

5 Books That Can Change Your...
All Set Free
Related posts from Nomad 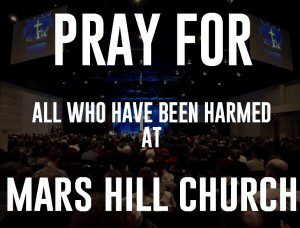 Progressive Christian
Our Only Response to Mark Driscoll...
Nomad