I need to be honest. 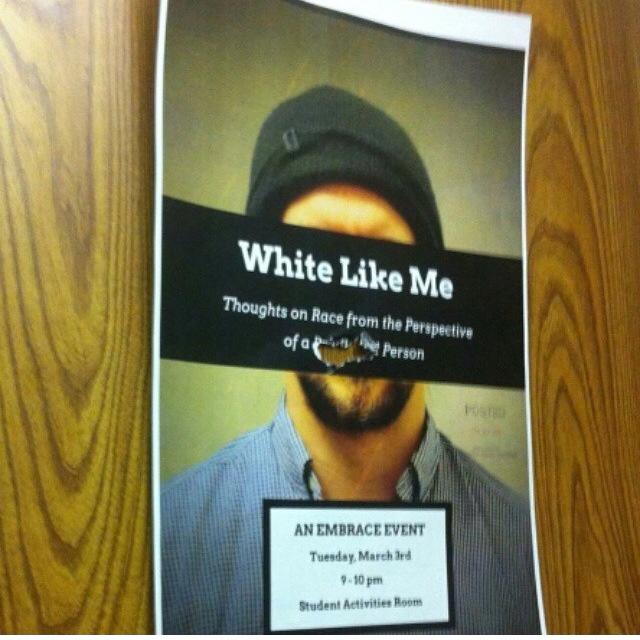 I hate talking about white privilege.

It makes me extremely uncomfortable.

And if I am being totally transparent, I don’t really get it.

I grew up in a lower middle class family, in a trailer park, in one of the wealthiest counties in the country.

I saw privilege all around me all time growing up.

But I never felt like I was a participant in it.

I never considered that I received any benefits simply based on the color of my skin.

I never considered how my life in America would be significantly easier because of my ethnicity.

I wanted to believe that racism, both individual and systemic, had ended with the Civil Rights Movement and that it was time for us to move on.

I believed all of this when I walked on to Moody Bible Institutes campus as a freshman in 2010.

All around me were smiling white faces dotted with less than a dozen people of color, enough to make me feel like I was in a diverse environment, as a clueless, white, Evangelical, male.

But over the course of my four years at Moody, my privileged little bubble was popped.

I exposed to teaching on privilege from people like my mentor and first African-American Student Body President at MBI, Dr. David Anderson and Urban Ministry Professor Clive Craigen.

I had difficult conversations about my own intrinsic racism and privileged perspectives with some of my African-American peers who were bold and gracious enough to sit me down and talk to me about it.

Moody is a wonderful school. A truly amazing institution that has been training Christian leaders for nearly 127 years.

But in the midst of all of the rich theological teaching and zeal for spreading the Gospel lays a not-so-hidden sin: privilege.

Over the past week, this institutional privilege reared its ugly head on a large scale. The African-American Student Group, Embrace, hosted an event called “White Like Me”, where white students would candidly share their thoughts on race and privilege from the position of privilege.

Before the event took place, one of the group’s posters for the event was vandalized. The word “privilege” was ripped out.

One student posted a picture of the poster to a Moody Student Facebook Group and a firestorm erupted.

“I think [the word privilege] was removed, because minorities are not the only ones who get insulted and its time people actually realized that…”

“I felt I had to speak my mind in defense of “Us Privileged White People” just as you all would do in defense of your own beliefs.”

“It’s ironic that a campus group called “Embrace” stoops to such divisive tactics against their brothers and sisters. The poster itself is sadder than the rip in it because it is an arrogant slap against the unity of the body of Christ.”

As I read these comments, I feel a sense of comradery. I get it. I used to feel the same way. Sometimes, I still do.

But what these comments and my feelings represent is simply a lack of understanding. Ignorance to the perspective of minorities in a primarily white nation.

What these comments reveal is an urgent need for the issue of privilege to be uplifted, debated, and discussed at a place like Moody Bible Institute.

A place that equips thousands of privileged men and women to serve Christ around the world.

Moody has an obligation to help to remove the veil from the eyes of its all-to sheltered and blind students in order to make them effective ministers of the Gospel.

The Moody Community has an obligation to listen to the stories of its minorities, to hear their perspectives, and to be open and willing to make changes that are in line with the Biblical principles of equity and justice.

I am not even going to begin to presume to understand what it feels like to be an African-American, Hispanic, Korean, or any other ethnic/racial minority on Moody’s Campus.

I don’t think any white MBI Students should.

But we can begin to get a glimpse of their reality.

By sitting down and listening to the stories of our fellow students.

By engaging in the painfully uncomfortable conversations surrounding systemic racism and privilege.

By calling out the sin of institutional privilege and working for healing and reconciliation with the offenders.

If Moody is going to begin the long, difficult process of repentance on issues of race and privilege, then it’s time that some very difficult conversations start happening.

Beginning with the professors who promulgate racist rhetoric and condemn conversations about privilege.

It’s time for the Moody community to begin to take the stories and complaints of our minority brothers and sisters seriously.

It’s time that the faculty and administration take significant, tangible steps towards reforming the culture of MBI.

It’s time to put on display the power of the Gospel to overcome all of our prejudice, bias, and privilege and bring about a different kind of Christian community.

In a time where our nation is experiencing firsthand the continued power and problem of racism and privilege, God is calling us to be witnesses to the world.

To demonstrate the way of the Kingdom of God, the way that sacrifices our own positions of comfort, power, and privilege for the good of our brothers and sisters.