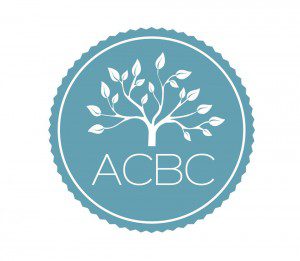 Confusion” at Southern Seminary, the largest seminary in the world with over 3,000 students in enrollment. These conferences come after a series of other events earlier this year hosted by (primarily) Southern Baptist and fundamentalist Evangelical leaders around the country hoping to help equip evangelicals how to respond to and defend the church against the “gay revolution.”

Last October, I, along with about a dozen other Christian LGBTQ activists attended the Southern Baptist Convention’s conference in Nashville, TN entitled “The Gospel, Homosexuality, and the Future of Marriage”. At that conference we were astounded by endorsements of orientation change, disrespect and disregard of trans* peoples gender expression, oppressive language towards women, and repeated references to LGBTQ equality as a fundamentally anti-Christian movement. Yet after having a number of conversations with high-level Southern Baptist leaders at the conference last year, I left with a glimmer of hope, sensing that an incremental change of heart may have been underway in many evangelical leaders. But this year it seems that we as evangelicals have taken a momentous step backwards.

The promotional material for ACBC’s pre-conference entitled “Transgender: Transgender Confusion and Transformational Christianity”, states that the “Our culture is flooded with transgender confusion. The Christian Gospel speaks into this confusion with revolutionary clarity… the church must speak with biblical conviction into this chaos with the clarity and love of Christ.” When one scrolls down to look at the speakers for this conference, you’ll find that none of the keynote speakers at this event are experts on transgender identity. None of them have extended experience working with or even studying issues of gender identity at any length. Four out of five speakers are pastors. And while I believe it is true that the Scriptures have much to say to all of humanity and our identities, it is not only naive but profoundly dangerous be teaching thousands of evangelical pastors how to understand and counsel trans* identified people in their congregations based on the biblical texts and theology.

The actual conference is not much better. Entitled “Homosexuality: Compassion, Care, and Counsel for Struggling People”, the conference claims to help churches improve the way their community sees them in relation to same-sex relationships: “The Christian community cannot only be known as the people who understand that homosexuality is wrong.” The conference website notes. “It is a matter of urgent concern that we also be known as the people who move towards people struggling with homosexuality with the love, grace, power, and hope of Jesus Christ and walk with them through the door to real and lasting change.” Notice the language of love and hope, followed by the claim that this group knows how to bring “real and lasting change” to LGBTQ people, presumably referring to orientation change. Yet the World Health Organizations ICD-10 notes that “sexual orientation by itself is not to be regarded as a disorder” and the American Psychiatric Association has concluded “that there is insufficient evidence to support the use of psychological interventions to change sexual orientation.”

Here is a Christian organization promoting itself as a “certified” and reputable counseling association, yet is teaching scores of pastors and counselors to reject the widely-accepted findings of national psychiatric associations and continue to promote harmful reparative and orientation change practices.

Though many conservative leaders refuse to acknowledge the direct effect their toxic teaching and religious counseling has on LGBTQ people, recent studies tell a very different story. The European Symposium of Suicide and Suicidal Behavior recently studied suicide rates among Israeli LGBTQ youth. The study director found that among religious youth surveyed, attempted suicide rates were over 112 times the rate of the general population. Study director Dr. Chana Bar Yosef explained: This is a sector that does not get enough notice, and it is a hotbed for suicides that you later hear about after the fact. The suicide rate among the religious homosexuals is the highest because they experience more distress when confronting their families.

The correlation is clear: religious belief has a direct effect on the suicide rate of LGBTQ individuals. As my friend Vicky Beeching has noted, “what is taught from Sunday pulpits about LGBT theology is literally a matter of life and death.” How pastors and church leaders react to and counsel LGBTQ people in their congregations is actually a matter of life and death. The shame and rejection that many LGBTQ experience and feel is directly related to poor counsel and instruction from religious leaders, as more and more studies are revealing.

That is why the frankly ignorant and poisonous rhetoric often propagated by the speakers at this conference makes me deeply concerned for the LGBTQ people in the congregations of the pastors who will attend the event. Take, for instance, the words of Dr. Denny Burke in his Resolution on Transgender Identity passed as an official statement of the Southern Baptist Convention which says, in part:

“We condemn efforts to alter one’s bodily identity (e.g., cross-sex hormone therapy, gender reassignment surgery) to bring it into line with one’s perceived gender identity… we [will] continue to oppose steadfastly all efforts by any court or state legislature to validate transgender identity as morally praiseworthy…”

This is a resolution passed by the largest Protestant denomination in the United States that will affect hundreds of thousands of people, many of whom, statistically, will be wrestling with questions of gender identity. Yet here, in black and white, is the garneted that Southern Baptists “condemns” those who take hormones and “steadfastly oppose” the very “validation” of “transgender identity”. Imagine what the trans* youth hears when they read this. Condemnation. Opposition. Immorality. Is it any wonder that there would be immense psychological stress on any teenager who was taught to believe that this is what God says about their trans* identity?

Earlier this year, my friend Eliel Cruz and I co-authored a response to an article written by Andrew Walker (of the Southern Baptist Convention) and Glenn Stanton (of Focus on the Family) who wrote a horrendous piece in response to the suicide of trans* teen Leelah Alcorn. Walker and Stanton make the accusation that activists like Cruz who are defending the lives of trans* teenagers simply wanted evangelicals to “jettison biblical truth in exchange for a flaccid and unbiblical notion of “affirmation” and a flavor-of-the-month medical finding that will probably end up contradicting itself over time.” Flavor of the month medical finding? Is this how these pastors, theologians, psychologists, and counselors view the findings of the World Health Organization? The American Psychiatric Association?

Cruz and I noted that, “It’s exactly this type of misguided advice that allows Christian parents to believe they are in the right to disown their LGBT children. It’s exactly this type of spiritual malpractice given by Stanton and Walker that lead to the death of LGBT youth. This is why evangelical teaching on sexuality, like that articulated by Walker and Stanton, is most definitely harmful.”

Nearly a year after attending the Southern Baptist’s conference on LGBTQ issues, I am appalled to see that things have only gotten worse. This side of the Supreme Court’s decision, the hardness of heart, willful ignorance, and destructive teachings of many conservative evangelicals have only gained more traction among conservatives who have been taught to fear the coming “sexual revolution”, believing that it could even result in their imprisonment for their views.

As an evangelical writer and activist, I feel that I have a moral obligation to speak the truth in the midst of this deception and malpractice. But the deception is not coming from the American Psychiatric Association or from Christians who are calling for acceptance and inclusion of LGBTQ individuals into the life of the Church. Instead, the deception is coming from those who look the most righteous and most orthodox. They are the ones who excessively use biblical quotes and pseudo-psychology to justify and promote the oppression and shaming of LGBTQ people in their midst. They are the ones who throw around the term “gospel” left and right, yet who actually preach a message of condemnation to the LGBTQ community. They are the ones who turn a deaf ear to the stories of LGBTQ Christians who have been harmed by their teaching and chose to ignore the findings of the psychological community.

It is time for Christian leaders to stand up for the LGBTQ people in our churches who are being taught the most inaccurate, harmful, and toxic theology and receiving counsel from pastors and “certified biblical counselors” that teach them that their struggle with sexuality and gender identity isn’t real, but is instead a result of sin, and can be healed and corrected through prayer, therapy, and discipline. This isn’t just another approach to sexuality and gender identity, it is patently false, disproven, and destructive. It is, I believe, rooted in political and theological agendas of organizations that are more concerned with winning a culture war than caring for the people that God has entrusted to them. And that is, as Eliel and I said before, nothing short of spiritual malpractice, and it must be exposed as such.

September 18, 2015
My Hope for the Pope: On Pope Francis' Visit to the United States
Next Post

Mansplaining in the Bible, and a...
Freelance Christianity
Related posts from Nomad